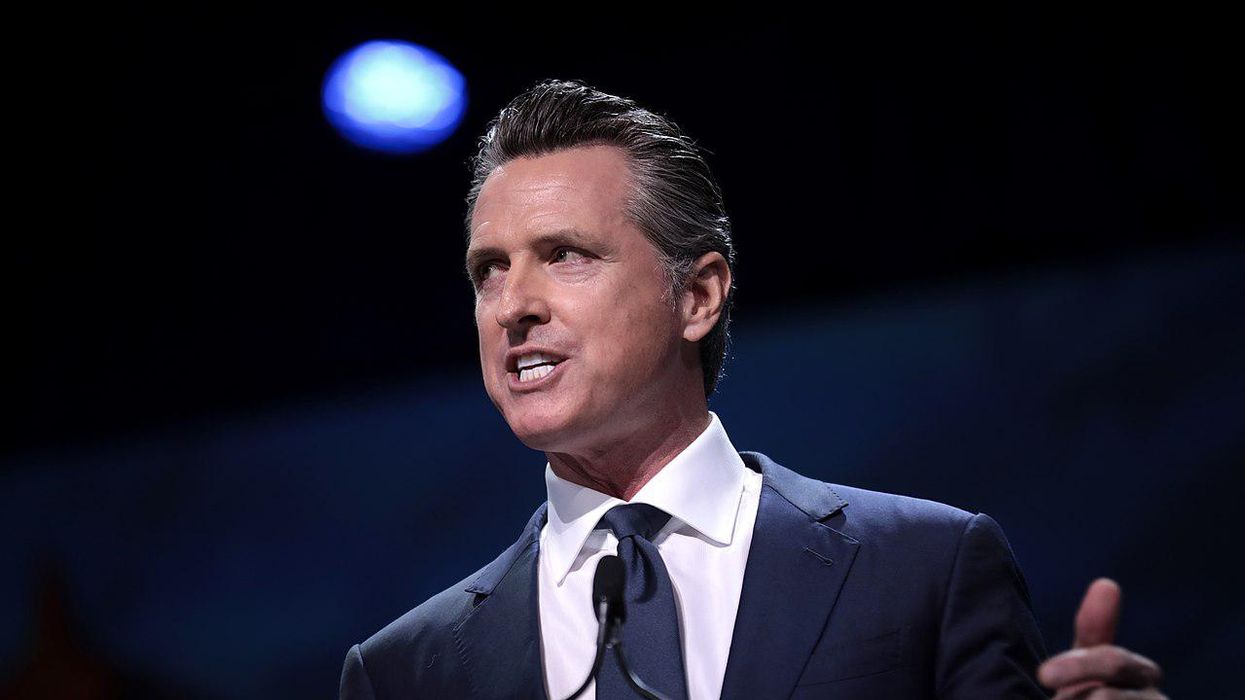 In his series of Not My Party videos, Tim Miller — a Never Trump conservative and former Republican who supported now-President Joe Biden in the 2020 election — has offered countless examples of the type of extremist behavior that drove him out of the GOP. In a video added to YouTube and the conservative website The Bulwark on September 9, Miller weighs in on California's gubernatorial recall election. And even though Miller pokes fun at Democratic Gov. Gavin Newsom, he slams most of the Republicans hoping to unseat him as a "sea of right-wing freaks."

On Tuesday, September 14, voters in California will decide to either keep Newsom as governor or replace him with someone else. The leading Republican challenger is Larry Elder, a far-right talk radio host based in Los Angeles.

In his video, Miller explains, "So, California is having a wild recall election that might just end up with a wacko conspiracy-minded conservative from the entertainment world shocking the country."

Newsom goes on to describe Newsom as "a pretty boy neoliberal Democrat" who is "a little slick" and was married to Kimberly Guilfoyle, Donald Trump, Jr.'s current girlfriend, from 2001-2005.

"As governor," Miller says in the video, "Gavin's biggest fail has been not doing enough on the housing crisis. But the premise of the recall isn't even about that. The Republicans trying to overthrow him launched this recall because Gavin was fighting Trump's nativist immigration agenda."

Miller's comments poking fun at Newsom, however, are mild compared to what he says about Elder.

"Here are just some of the freaks and geeks who might replace him in a recall," Miller explains. "The favorite is Larry Elder, a conservative talk radio show host who is basically a walking Boomer Facebook meme. This guy has made countless crazy statements, but just watch this one."

Miller then shows a clip of Elder discussing slavery reparations and telling right-wing pundit Candace Owens, "You could make an argument that the people that are owed reparations are not only just Black people, but also, the people whose quote, property, close-quote, was taken away after the end of the Civil War."

Miller observes, "In addition to being possibly interested in reparations for slaveowners, Elder has supported rolling back Gavin's vaccine mandates. And the Democrats have been trashing him for it."

Miller says of Faulconer, "He's a moderate Republican former mayor of San Diego. He wants to address climate change and supports citizenship for undocumented immigrants. Sounds like my kinda guy. But of course, he also voted for (Donald) Trump."