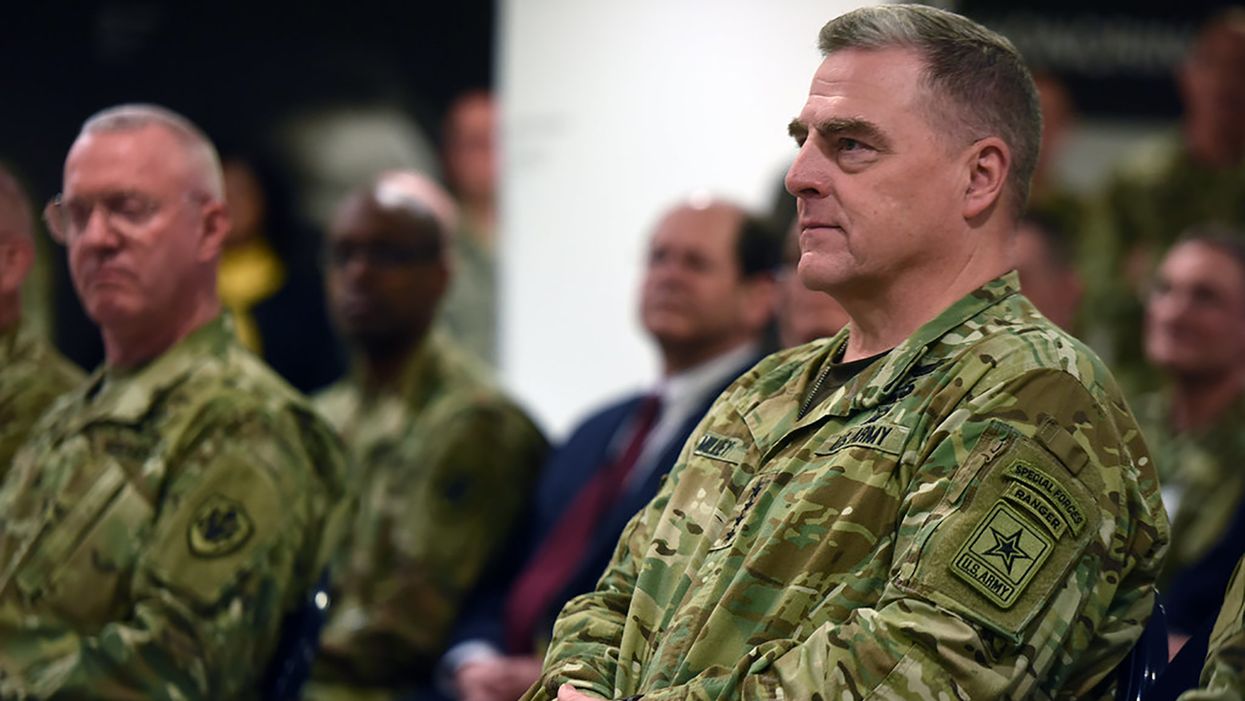 Army Gen. Mark Milley, chief of staff of the Army, at a cake-cutting honoring the 381st birthday of the National Guard and unveiling the new National Guard Bureau Organizational Badge, the Pentagon, Washington, D.C., Dec. 13, 2017. The badge is authorized for wear while assigned to the NGB and is not permanently awarded. (U.S. Army National Guard photo by Sgt. 1st Class Jim Greenhill)
David Badash
and
The New Civil Rights Movement
September 14, 2021

General Mark Milley, President Donald Trump's top military adviser and the Chairman of the Joint Chiefs of Staff, assembled senior military officials in charge of the National Military Command Center two days after the January 6 insurrection, telling them they were not to take orders from Trump if he were to launch a nuclear attack unless Milley was involved in the decision-making procedure.

The revelation comes in the new book, "Peril," by Bob Woodward and Robert Costa, according to CNN.

Milley was "deeply shaken" by the January 6 insurrection, CNN reports, and "'was certain that Trump had gone into a serious mental decline in the aftermath of the election, with Trump now all but manic, screaming at officials and constructing his own alternate reality about endless election conspiracies.'"

"You never know what a president's trigger point is," Milley told his senior staff, according to the book.

"No matter what you are told, you do the procedure. You do the process. And I'm part of that procedure," Milley told the officers, according to the book. He then went around the room, looked each officer in the eye, and asked them to verbally confirm they understood.

"Got it?" Milley asked, according to the book.

'Milley considered it an oath,' the authors write.

Read the entire report at CNN.