'How difficult is this to understand?': GOP governor goes off on 'crazy' anti-vaxx conspiracy theory 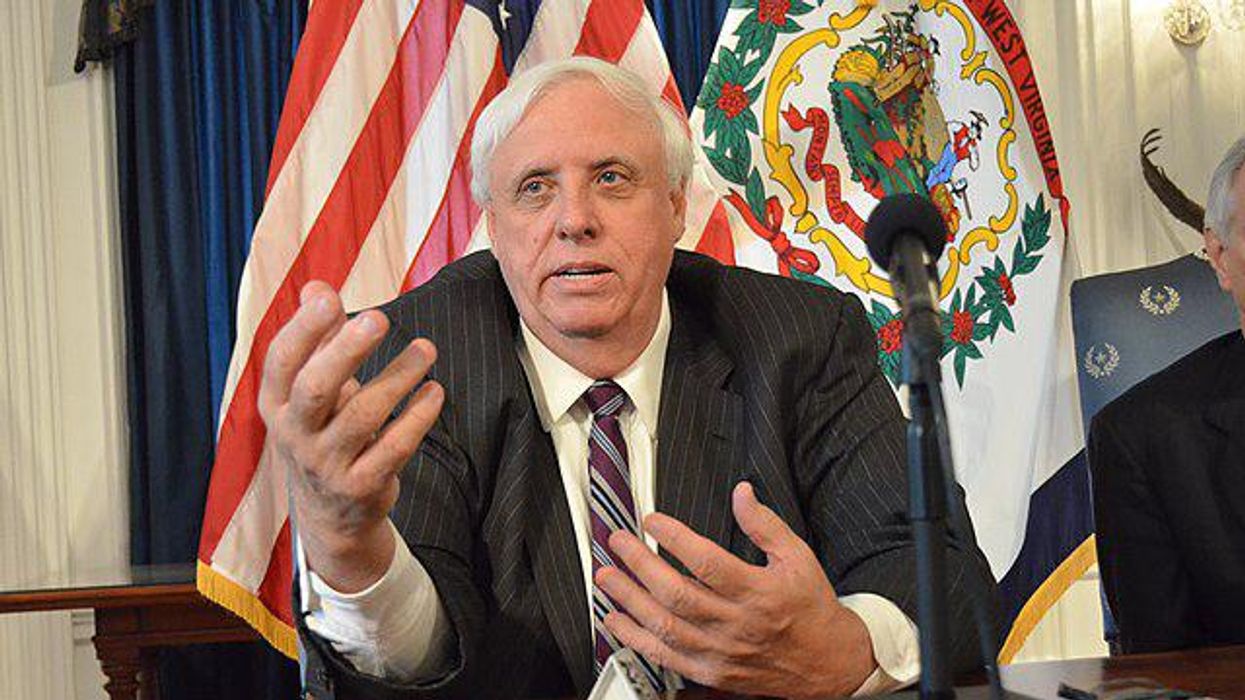 With one of the lowest COVID vaccination rates in the United States, West Virginia Gov. Jim Justice (R) has been fighting an uphill battle to get residents vaccinated in his state. The Republican governor has also dealt with his fair share of conspiracy theories which have also created more barriers getting residents to take the jab.

Unlike some members of his party, though, Justice — who ran for office as a Democrat before switching parties — is pushing back against Covid misinformation. On Wednesday, September 8, the governor appeared for his daily briefing where he addressed the conspiracy theories surrounding the COVID vaccine as he lambasted the bizarre ideologies.

"For God's sakes a livin', how difficult is this to understand?" Justice said during his daily briefing on Wednesday. "Why in the world do we have to come up with these crazy ideas — and they're crazy ideas — that the vaccine's got something in it and it's tracing people wherever they go?"

Justice's remarks stem from previous reports about the bizarre claim. Back in May, reports began circulating about the microchipping conspiracy which has been linked to Microsoft business magnate Bill Gates. According to BBC News, "a new YouGov poll of 1,640 people suggests that 28% of Americans believe that Bill Gates wants to use vaccines to implant microchips in people - with the figure rising to 44% among Republicans."

The publication also notes: "Rumours took hold in March when Mr. Gates said in an interview that eventually 'we will have some digital certificates' which would be used to show who'd recovered, been tested and ultimately who received a vaccine. He made no mention of microchips."

That one quote led to the rapid circulation of an article with a headline that read, "Bill Gates will use microchip implants to fight coronavirus." Conspiracy theorists claimed the so-called microchips are a way for the government to keep track of Americans.

However, according to HuffPost, Justice highlighted the one major flaw in the conspiracy theory: the government does not need microchips to know the whereabouts of Americans when the vast majority of Americans carry cell phones. "The same very people that are saying that are carrying their cellphones around," he said. "I mean, come on."

The spread of misinformation and conspiracy theories has greatly contributed to vaccine hesitancy among Americans, mostly members of the Republican party. However, the Biden administration is still working to get Americans vaccinated.