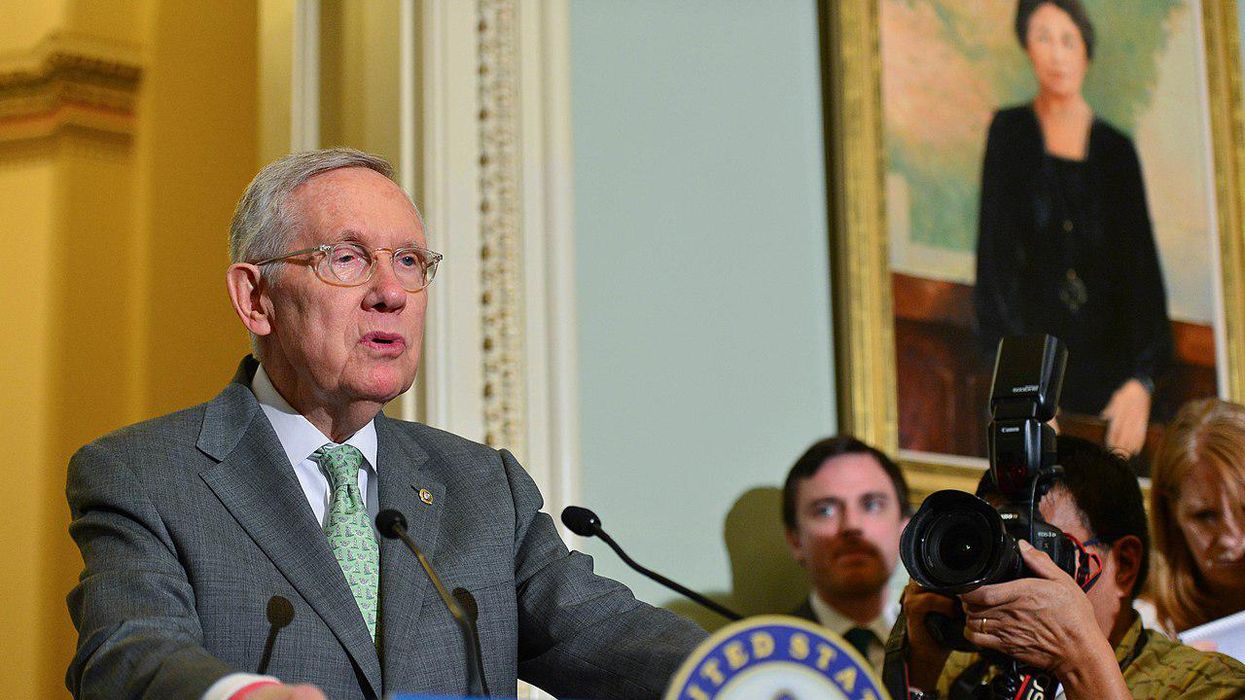 Although some centrist Democrats have been vigorously defending the filibuster — namely, Sen. Joe Manchin of West Virginia and Sen. Kyrsten Sinema of Arizona — many other Democrats have been expressing their frustration with it. One of them is former Senate Majority Leader Harry Reid. In an op-ed published by the Las Vegas Sun this week, the Nevada Democrat lays out some reasons why he would like to see Senate Democrats "abolish the filibuster once and for all."

The 81-year-old Reid explains, "An arcane Senate rule, the filibuster imposes a 60-vote threshold on the majority of legislation, and it allows just one senator of the minority party to effectively block any and all progress by simply sending an e-mail indicating their opposition to a bill. Our Framers envisioned the Senate as a deliberative body where the issues of the day could receive thoughtful consideration, and where a simple majority was needed to conduct most business. What we have today is a gridlocked body where there's more obstruction than debate."

Reid adds that as the Framers saw it, "debate was to be encouraged in the Senate." But in 1917, Reid notes, the "filibuster rule as we know it today was introduced" as a "means of cutting off extended and tedious debate."

"Just as he did in the Obama years when I served as majority leader, Minority Leader Mitch McConnell has exploited and weaponized the filibuster, turning it into a tool to stifle President Joe Biden's legislative priorities — a platform that won him the White House by more than seven million votes," Reid laments. "The filibuster has become an anti-democratic weapon wielded by the minority to silence the will of the people."

Whether a Democratic bill is addressing climate change, voting rights or reproductive rights, Reid argues, the filibuster is getting in the way of Biden's agenda.

"Just as he did in President Obama's first term with nominations, Mitch McConnell and his fellow far-right Republicans are again making clear that they will stop at nothing to steamroll Democratic priorities — even when it means grinding the Senate's proceedings to a halt," Reid writes. "The sanctity of the Senate is not the filibuster. The sanctity of the Senate — in government as a whole — is the power it holds to better the lives of and protect the rights of the American people. We need to get the Senate working again. It's time Senate Democrats act with the urgency that this moment demands and abolish the filibuster once and for all."