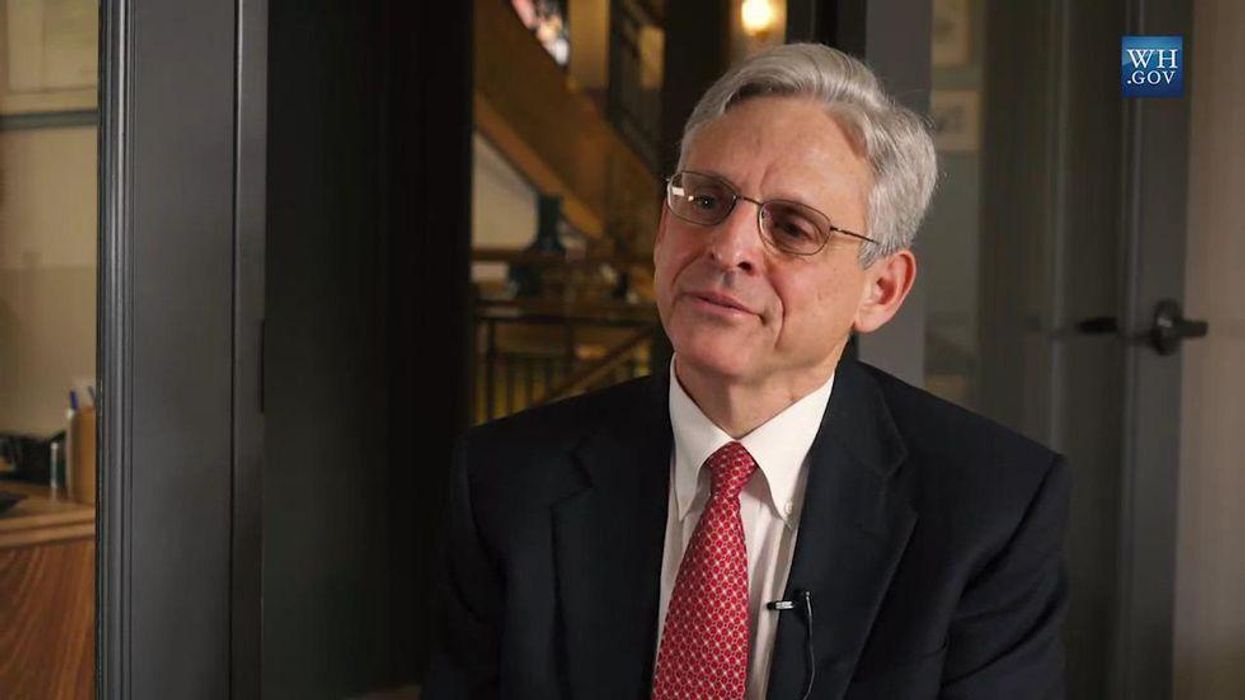 Writing in the Washington Post, Tribe explained that the glaring problem with the law is that it is a clear civil rights violation.

"Attorney General Merrick Garland has the power, under federal civil rights laws, to go after any vigilantes who employ the Texas law to seek bounties from abortion providers or others who help women obtain abortions," Tribe explained.

"The attorney general should announce, as swiftly as possible, that he will use federal law to the extent possible to deter and prevent bounty hunters from employing the Texas law," he also said. "If Texas wants to empower private vigilantes to intimidate abortion providers from serving women, why not make bounty hunters think twice before engaging in that intimidation?"

Tribe cited Section 242 of the federal criminal code, one that columnist Jennifer Rubin also noted in her Sunday piece would be key to combatting the Texas law. That part of the lawmakers it a crime to willfully deprive individuals "of any rights, privileges, or immunities secured or protected by the Constitution or laws of the United States."

He explained that it was initially designed to combat the violence of the Klan, but that it works with the Texas law "perfectly."

"The bounty seekers, entitled under the Texas law to collect penalties of at least $10,000, have been made, in effect, private attorneys general of Texas," he explained. "They act 'under color of state law,' and unless and until Roe v. Wade is overruled, they unmistakably intend to prevent the exercise of a constitutional right."

Section 241 also "makes it an even more serious crime" for two or more people to work together to "oppress, threaten, or intimidate" anyone "in the free exercise or enjoyment of any right or privilege secured to him by the Constitution or laws of the United States, or because of his having so exercised the same."

"The Texas scheme could hardly be more perfectly designed to match the language of that section," said Tribe.

He noted that it's clear the law was designed to intimidate abortion providers with hefty penalties. He said that even the most conservative jurists should look at the Texas law with concern because they likely don't support "this seizure of private property, with unlimited penalties not tied to any actual harm suffered by the bounty hunter."

He said that it would be particularly fitting to use the Klan Act, which was enacted in 1871 to ensure they were held accountable for lynching enslaved Black citizens.

Then there are civil actions, he said, that could be used under federal law, "including the ability to seek and obtain court orders to halt the illegal state scheme." The DOJ can't use the Klan act, only the person wronged by the vigilante can use it.

"But the All Writs Act, which permits federal courts to 'issue all writs necessary or appropriate in aid of their respective jurisdictions' could allow the department to go to court to seek an order blocking the Texas law from being enforced," said Tribe.

He closed by saying that it isn't unusual for the Justice Department to be a little nervous about interjecting without more details, but that this is a unique occasion in which those attempting to undermine the constitutional rights of Americans must be challenged.