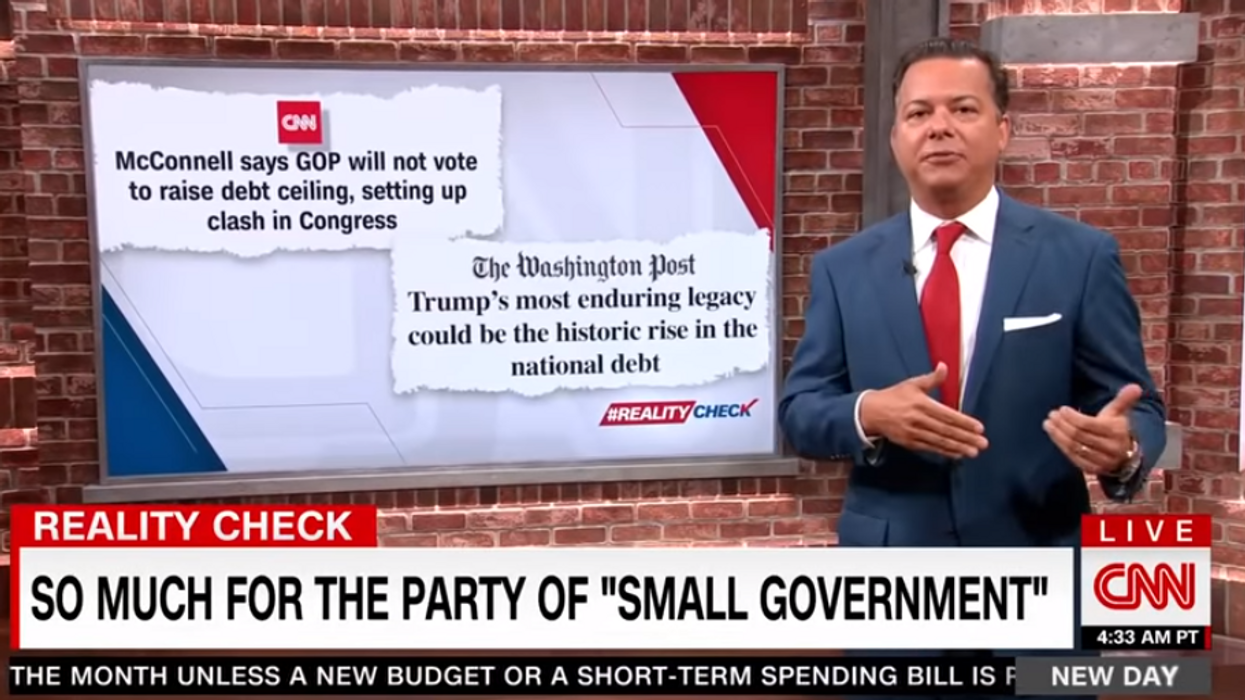 CNN host John Avlon delivered an epic assessment of how the post-Trump Republican Party has reached a heightened level of hypocrisy as they struggle to find a new direction without the former president.

On Wednesday, September 8, Avlon discussed a number of Republican sectors including "libertarians, evangelicals and the business community." Avlon noted how Republican leaders and lawmakers have moved toward the same "top-down" bureaucratic organizational structure they previously claimed to repulse.

He added, "Not only that, these Republican governors signed executive orders banning businesses from requiring proof of vaccination for customers during a pandemic, and in return for their efforts, Florida and Texas saw the most COVID deaths and cases in this country this summer by far. That's a steep price to pay for presidential ambitions."

Avlon then discussed Roe v. Wade and the controversial Republican-backed, Texas abortion law currently facing widespread opposition. Despite their unwavering support of the Texas law, Avlon notes that the same Republicans also stand behind the "my body, my choice" mantra where vaccinations, vaccine passports, face coverings and mask mandates are concerned.

"Now, Republicans being anti-choice when it comes to abortion is no surprise," Avlon noted. "The surprise comes when you tell people it wasn't always this way. After all, a Republican Supreme Court justice penned the opinion in Roe v. Wade while the wife of Libertarian icon in 1964 nominee Barry Goldwater co-founded Planned Parenthood in Arizona."

He added, "Speaking of: you know what's the opposite of Libertarian? Having the government encourage people to turn in their neighbors — that's essentially what the Texas law's so-called 'bounty hunter provision' does — and incentivize citizens to sue any person who helps a woman longer than six weeks pregnant seek an abortion from doctors and nurses to neighbors and even drivers."

He noted that it appeared to be "more East German Stasi than Walker Texas Ranger."

"Republicans are the party of lawsuits, at least where women are concerned, but these eye-popping hypocrisies are part of a post-Trump trend, where claims of fighting for free speech turn into speech codes, banning teachers from talking about structural racism in classrooms," Avlon continued. "Claims of individual freedom turns into anti-trans laws. Claims of supporting free markets lead to threats against private companies for not toeing their partisan line and claims for fighting for election integrity lead to the kneecapping of local election officials make election administrations more susceptible to partisan pressure."

The CNN host closed by noting that the GOP is still the party of Trump.

"But don't be fooled," he closed. "Republicans still under the sway of Donald Trump, it's not about small-government principles. It's about the pursuit of power, pure and simple."