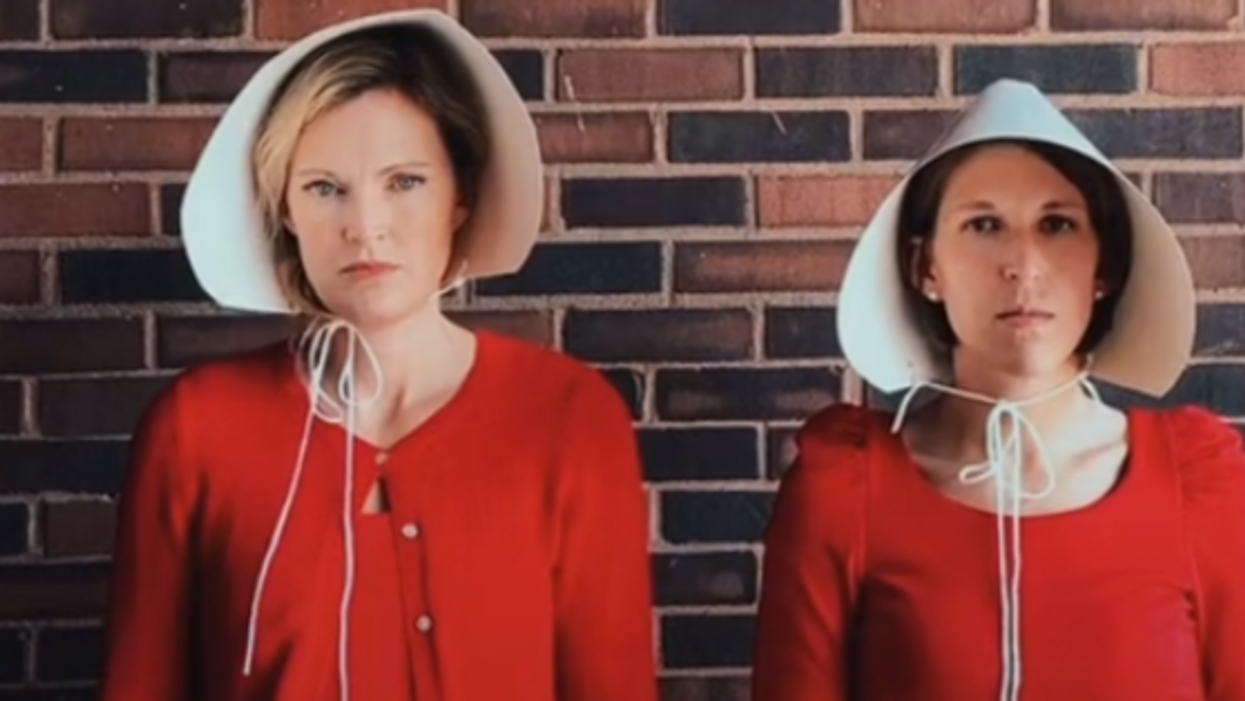 The clip's inspiration stems from "The Handmaid's Tale" which is described as a 1980's "dystopian novel" authored by Margaret Atwood. According to the publication, the popular book, which has now been adapted into a television series, "depicts a future in which a group of religious fanatics assume control of the government after fertility rates collapse and women who can still conceive are enslaved by the ruling class."

At the end of the clip, they toss the garments off and an overlaying message appears on the screen. "Texas is leading us to become more and more like Gilead every day," the text in the video reads. "Unjust, patriarchal laws strip women of their agency and rights. As people of faith, we believe in reproductive rights."

During an interview with WIAT, Arnold and Gilbert discussed the video and their views on abortion. "I would hope nobody would ever find themselves in need of an abortion," Arnold said, according to the TV station. "But that is not the world we live in. And I will listen to the pain and the struggle and the hopes of those women. And I will prioritize that."

The clip, which was posted to the church's social media platform has been viewed more than 7,000 times. It comes just days after Texas Gov. Greg Abbott (R) signed the controversial bill into law.

The Republican governor has also faced backlash for his seemingly poor understanding of basic biology where the female reproductive system is concerned. He has also been criticized for waving off concerns about rape victims being forced to carry a pregnancy to term after being assaulted.

Abbott and other Texas Republican lawmakers have also waved off growing concerns about the bill and its provisions.