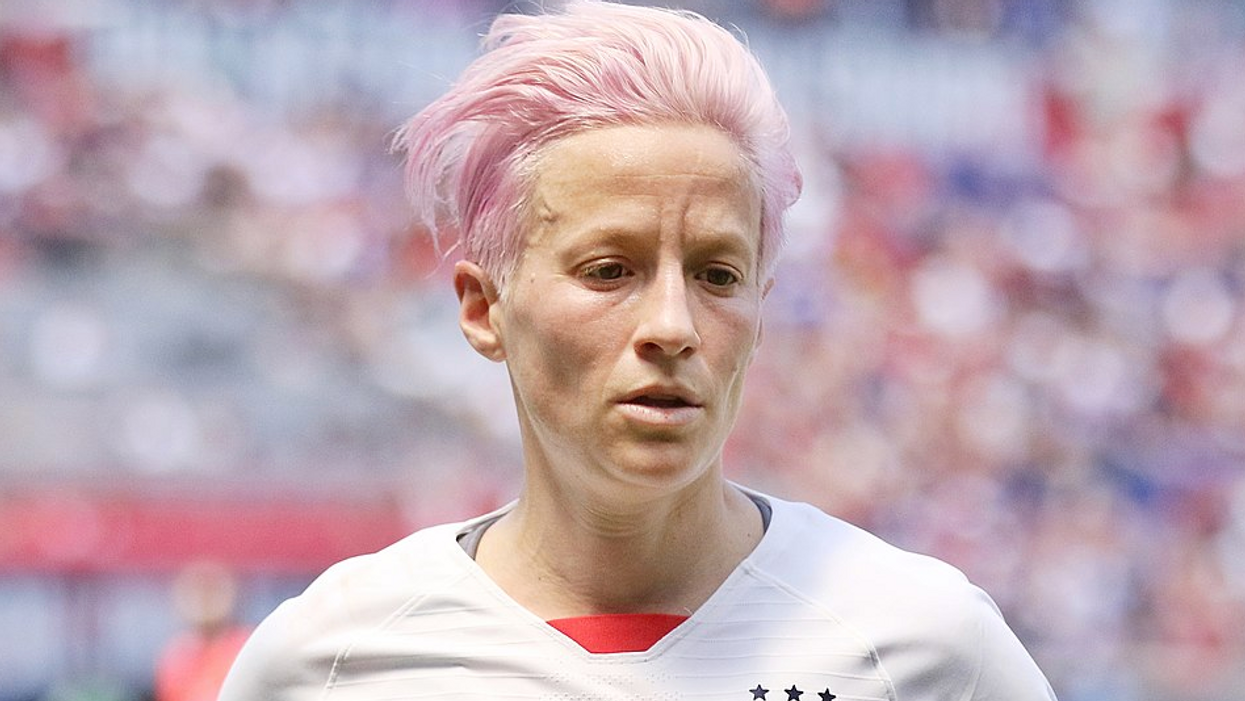 Sports are something that can draw in fans and make rivalries. You can be a fan of one team, and root against another. They were professionals being paid significant sums of money — even in my youth — and rooting for the game was entertaining. US Olympians were in that rarified air of representing America. They were the best at what they did and ambassadors of our country. Carl Lewis. Jumping up and down waiting as Florence Griffith Joyner came down the line to break records in track, a record that stood until a few days ago. There were letdowns. Moments where the US effort fell short. There would always be heartbreak at some athlete who gave supreme effort and just found they were outmatched by their competition. A few moments, like Lochte-gate made me grit my teeth.

One thing I never found myself doing, really, was rooting with absolute glee against America. Last night, after a 1-0 loss to Canada, the US Women's Soccer Team was eliminated from gold medal contention. The way in which Republicans celebrate shows exactly the problem we face: a group of people with absolutely no accomplishments pointing and giggling in glee for sheer spite and disagreement over their rights.

The content is never-ending on Twitter, and not worth my time to go down that rabbit hole, but this comment is representative of the Republican urge to root against America.

As Simone Biles withdrew herself from Olympic events citing twisties, too many also began bashing her. The reality of what she faced was real — and the injury could have been devestating. They simply didn't care.

When a baseball player has the yips they just take them out of the game. When a golfer has them they just have an e… https://t.co/OTCVIqsN3l
— Nate Igor Smith (@Nate Igor Smith) 1627652641.0

The idea was something that stuck from the beginning.

I wish I could quit my job and get praised for it by everyone in the fake news media. Simone Biles QUIT and helped… https://t.co/ZCA8Vr5znJ
— Brigitte Gabriel (@Brigitte Gabriel) 1627432746.0

In 1984, Mary Lou Retton won 2 bronze medals, and she was called "America's Sweetheart". People understood the level of dedication and work she put in.

Rooting for Americans to fail is where the Republican party is right now. They don't want to just have a disagreement, they want that disagreement to be one where they view it as damning and deserving of personal destruction and mockery. Who benefits from this, and what mentally drives this attitude?

I go back to thinking about the pro teams I followed, and the players I rooted for — even after they left my home town. Alex Smith was someone who was known in the Kansas City community for supporting good causes and working to help change social discussions. He made that more clear last year.

This was no surprise to anyone who knew about Smith's charitable giving and support for foster children and the community. When Smith was subject to one of the worst injuries in the NFL, a spiral fracture of his leg, both sides took to one knee, held hands, and rooted for him to be OK. Whether they were a fan of his team or rooting against them did not matter. We are a nation built on kindness, caring, and concern.

Rooting against America and our freedoms including freedom of expression? Schadenfreude for America? Miss me with all of that.