'I don't care': Seth Moulton fires back at critics slamming his  unauthorized travel to Kabul amid Taliban chaos 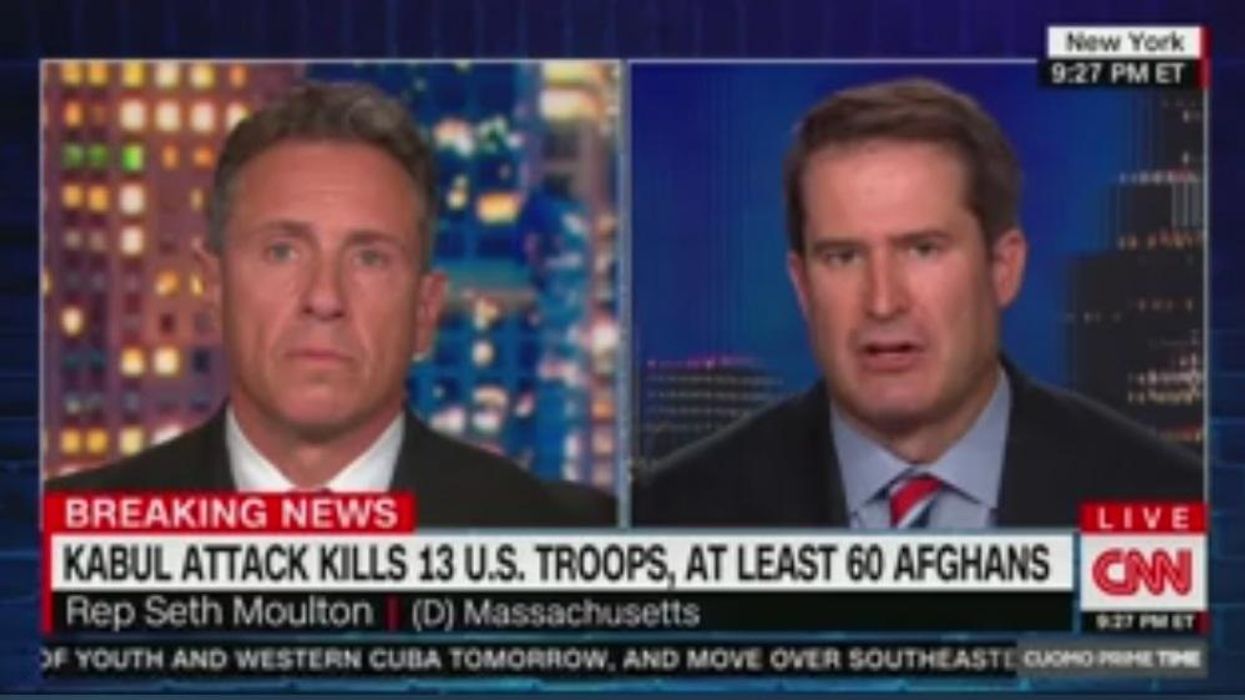 Reps. Seth Moulton (D-Mass.) and Peter Meijar (R-Mich.) are still defending their trips to Kabul as critics continue to slam the lawmakers for their dangerous decision. However, Moulton is standing by his decision while offering Defense Department officials a piece of advice to quell the intensifying Taliban chaos.

Speaking to CNN's Chris Cuomo on Thursday, August 26, Moulton revealed he'd learned the United States has no effective way to evaluate everyone left in Afghanistan. So he believes the only way to make progress is to have a "productive relationship with the Taliban going forward."

Moulton recalled being at Abbey Gate in the Kabul Airport when the blasts occurred. He described the "absolutely extraordinary" and "truly Herculean task" U.S. troops are faced with as they try to shift "through this literal sea of humanity," "putting themselves at tremendous risk and saving thousands, thousands of lives in the process."

The lawmaker explained that when he served oversees he felt "abandoned" by Congress. So he is vowing to be proactive and make effective changes as a lawmaker.

"What we have to come to terms with as a country is that we're not going to get everybody out with the time line we have," Moulton said. "That's one of the most important things I learned on the ground."

Moulton also noted that he learned military officials' initial August 31 deadline appears to be merely impossible. He revealed that he was told even if the delay evacuations until Sept. 11, "we're not going to get everybody out in time, so we have to have a productive relationship with the Taliban going forward, as bizarre as that sounds."

He said, "We have to have a productive relationship with the Taliban going forward if we have any chance of getting the thousands that we leave behind, when we do go, out in the future," adding, "And the only way we can do that is if we abide by the agreement that's been negotiated at this point, which is to leave on August 31st."

Moulton and Meijer's decision to travel to Kabul has been met with sharp opposition. From lawmakers and civilians to Department of Defense leaders and military officials, the two lawmakers have been deeply criticized criticized the seemingly disruptive travel. However, Moulton has made it clear he does not care about criticism.

"I don't care what people are saying in Washington," Moulton said. "What I care about is saving lives. I care about doing my job by the Marines and Sailors, and Airmen, and the Afghans we are trying to save."