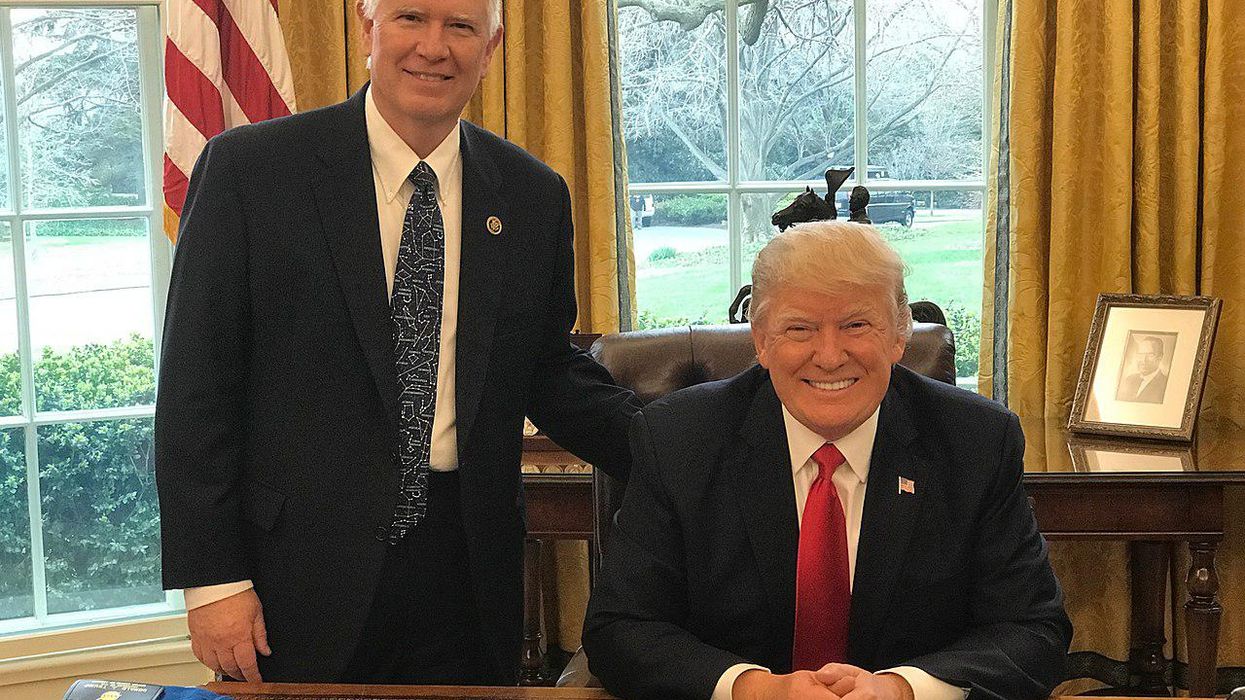 Capitol Hill has been on pins and needles since the January 6 insurrection, and there was plenty of anxiety in Washington, D.C. on August 19 during a five-hour police standoff with a suspect and Donald Trump supporter who claimed to have a bomb, ranted about "socialism" and expressed his hatred of President Joe Biden and House Speaker Nancy Pelosi. The suspect, Floyd Ray Roseberry, is a North Carolina resident who, according to the Associated Press, appears to have attended a "Stop the Steal" protest on November 14. Republicans, for the most part, have been silent about his incident, and the St. Louis Post-Dispatch calls them out in a scathing editorial published on August 25.

One MAGA Republican who did speak out was far-right Rep. Mo Brooks of Alabama, who expressed sympathy for the suspect and said he understood "citizenry anger directed at dictatorial socialism." Many other Republicans, however, have simply kept quiet.

The Post-Dispatch's editorial board writes, "Last week, a North Carolina man drove a truck onto a sidewalk outside the Library of Congress, demanding to meet with President Joe Biden, ranting about a 'revolution' and claiming he had explosives. After the man was arrested, Rep. Mo Brooks…. issued a statement appearing to offer empathy to the suspect…. Brooks' right-wing extremism is well established, but where are the other Republican voices rising to censure him and declare this isn't the sentiment of their party?"

Brooks was among the speakers at Trump's January 6 "Stop the Steal" rally, which preceded the violent assault on the U.S. Capitol Building that day.

"There is plenty of blame to go around for the deadly insurrection of January 6," the Post-Dispatch's editorial board laments. "It wasn't just the chief instigator, then-President Donald Trump, who whipped up the anti-democracy mob, but also, elected fellow travelers like Missouri Sen. Josh Hawley, whose key challenge of election results lent undeserved credence to Trump's vote fraud lies. Brooks' culpability was even worse."

The Post-Dispatch's editorial board continues, "He was the first member of either chamber of Congress to formally object to the vote certification of Joe Biden as president. Hawley was subsequently the first senator to do so, which ensured there would be congressional votes attempting to overturn a valid election. Brooks was also the first speaker at the Trump rally preceding the attack, encouraging the mob to 'start taking down names and kicking ass'…. With all this in mind, it should come as no surprise that Brooks has all but sided with the deranged, would-be bomber."

The Post-Dispatch concludes its editorial by quoting one of the few conservative Republicans who has had enough integrity to speak out about the events of August 19: Rep. Adam Kinzinger of Illinois, who is part of House Speaker Nancy Pelosi's select committee on the January 6 insurrection.

The Post-Dispatch's editorial board writes, "This is about more than just one radical congressman. There's the silence of most of the congressional GOP in response to Brooks' outrageous comments — including, as usual, nothing but crickets from House Minority Leader Kevin McCarthy…. As of Friday, the only notable GOP voice challenging Brooks was Illinois Rep. Adam Kinzinger, whose words should be pondered by his fellow Republicans: 'Are we going to be the party that keeps stoking sympathy for domestic terrorists and pushes out truth, or finally take a stand for truth?'"