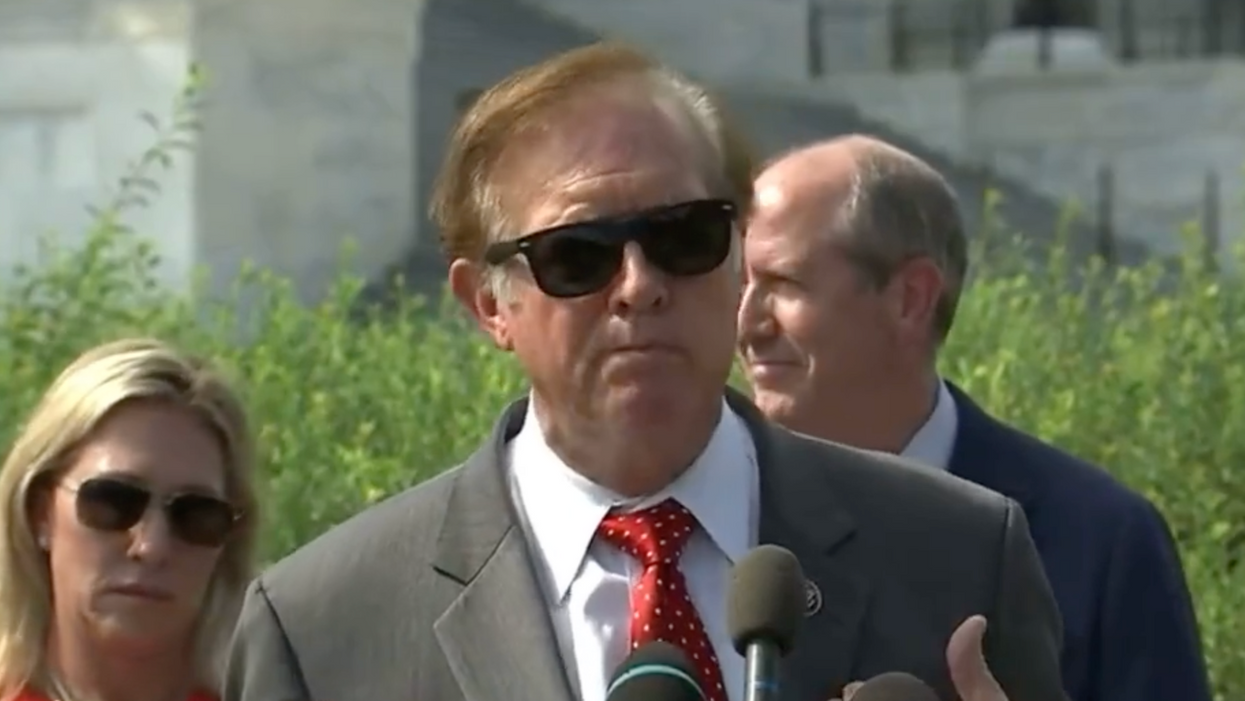 It was barely months ago the U.S. Congresswoman Marjorie Taylor Greene (R-GA) promised she finally understood how using Nazi and Holocaust references are "offensive," and can hurt and cause great pain to whole groups of people, and vowed to not do it again. Until she did, three weeks later.

On Monday U.S. Rep. Randy Weber (R-TX), a far right anti-LGBTQ extremist who has a history of using Nazi references, doubled down and repeatedly called the Speaker of the House the "Gestapelosi," a contrived word referencing Adolf Hitler's deadly, secret police force, known as the Gestapo.

Congressman Weber falsely blamed Speaker Pelosi for the mask mandate in the House, a mandate caused primarily by the lack of Republicans – across the country and in the halls of Congress – being vaccinated. But the Speaker did not order the mask mandate, a rule to help keep everyone safe from coronavirus, the Attending Physician of the United States Congress did. in observance of the CDC's rules, something Congressman Weber knows.

Weber, a five-term congressman, is part of what some call the "Sedition Caucus," the group of GOP lawmakers who voted to try to overturn a free and fair 2020 presidential election.

In 2014 during then-President Barack Obama's State of the Union Address Weber posted a tweet calling the President "Kommandant-In-Chef,"misspelling "Chief," but more importantly, it too was a nod to Hitler's Nazi Germany.

Here's Weber, with Greene looking on, doing nothing.