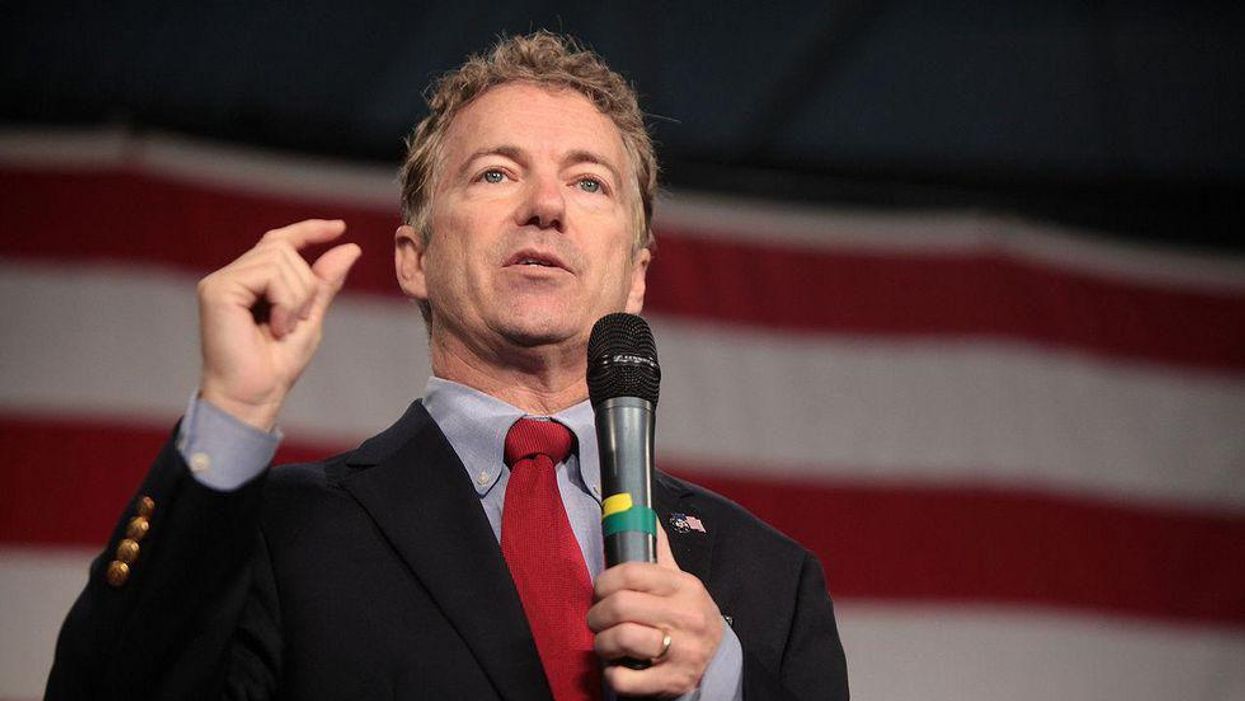 Sen. Rand Paul (R-Ky.) is not sold on the idea of using Ivermectin as a form of treatment for COVID-19 but he believes disapproval of former President Donald Trump has kept researchers from testing the drug as a possible treatment for the novel virus.

As reports began circulating about individuals using the drug to treat COVID, the Food and Drug Administration (FDA) and the Centers for Disease Control (CDC) released guidance this week warning against Ivermectin for human consumption.

The drug, which is typically used to treat parasitic infections in livestock, has been a major topic of discussion but both government agencies have urged individuals to steer clear of it. In fact, the FDA took to Twitter with a blatant reminder for individuals tweeting, "You are not a horse. You are not a cow. Seriously, y'all. Stop it."

But even with all of the warnings that have been released, Paul believes more research should be conducted. According to Cinncinati.com, Paul spoke to a group of 60 individuals in the Cold Spring City Council chambers where he weighed in with his take on Ivermectin. According to the Republican lawmaker, "hatred for Trump" is the sole reason why scientists are not willing to further explore the possibilities of the drug being used for COVID.

He also insisted that is the reason why no one is conducting additional research on the Trump-touted, anti-malarial drug,

"The hatred for Trump deranged these people so much, that they're unwilling to objectively study it," Paul said. "So someone like me that's in the middle on it, I can't tell you because they will not study ivermectin. They will not study hydroxychloroquine without the taint of their hatred for Donald Trump."

Despite his claims, Paul admitted that "he didn't know if it works because there isn't enough research," the publication reports.

Paul's remarks come after months of him railing against science while taking direct aim at Dr. Anthony Fauci. Over the last several months, the two have clashed repeatedly amid discussions about face coverings and other forms of COVID mitigation.