‘Let me explain to you’: Jen Psaki clashes with Peter Doocy over the administration’s Afghanistan airlift 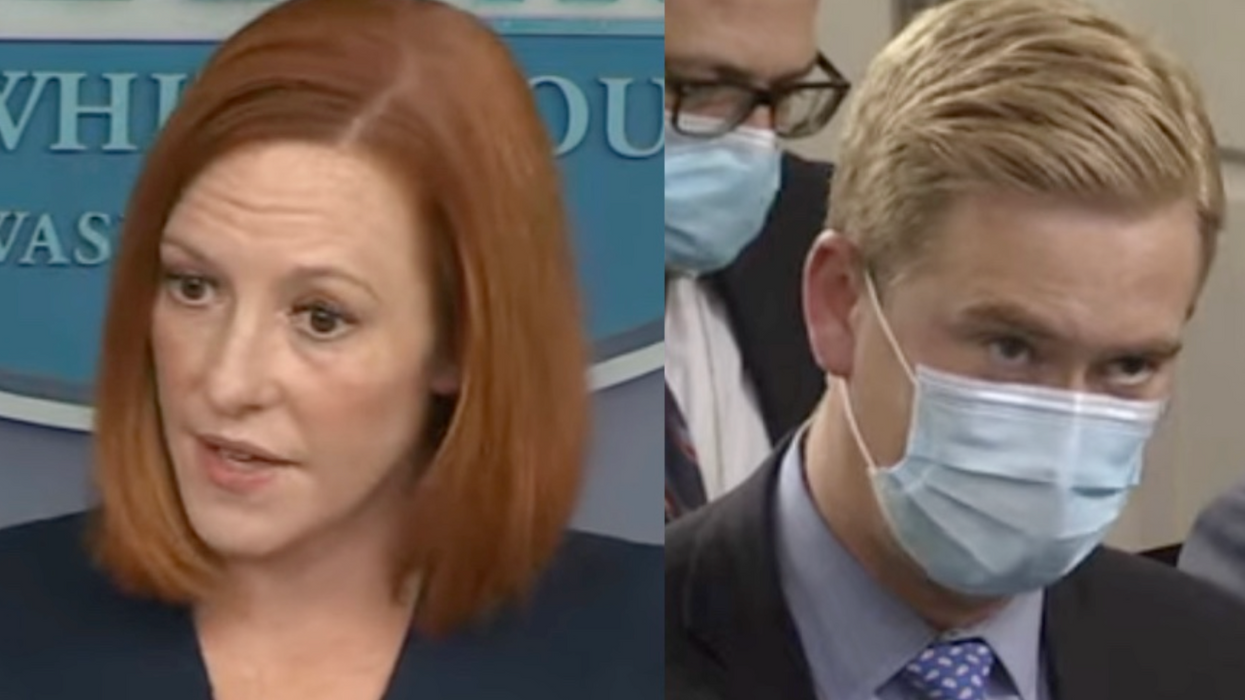 White House Press Secretary Jen Psaki on Tuesday used Fox News reporter Peter Doocy to communicate exactly what the Biden administration is doing to get Americans and our Afghan allies, and all their families, out of that country in what she declared will be "the largest airlift" in U.S. history.

Doocy claimed a U.S. citizen he called "Fatima" had contacted him claiming she is "stranded" at home somewhere outside of the boundaries of the Kabul airport, and blamed the administration for not getting her out.

Psaki urged Doocy to give her Fatima's contact information so she could help ensure she is able to leave.

She also took the opportunity to tell the American people "exactly what we are doing," and reminded him that the U.S. Dept. of State "for months…has been telling Americans to leave Afghanistan for their own safety."

"We are committed to bringing Americans home, who want to leave, and that is the President's commitment," Psaki explained. "So let me explain to you how our process works and there have been some very good questions including from you and from others," she graciously offered.

"We're working hour by hour," she added to determine exactly how many Americans are in Afghanistan, saying, "I understand your desire and interest in having an exact number of American citizens on the ground, and the State Department expects we'll have an exact update on that tomorrow."

"Just to remind you, the U.S. government does not track our citizens when they travel around the world. We rely on self-reporting, not just in Afghanistan, anywhere in the world, people have to decide to register or not, it's up to them, individuals whether they decide to register or not, wherever they may be. And if you register. When you're in a country like Afghanistan, you aren't required to deregister. The State Department also issues alerts, they have publicized phone number and email to contact if you're in Afghanistan and want assistance to leave, and for months, the department has been telling Americans to leave Afghanistan for their own safety."

But she made clear the administration is taking full responsibility to get every American out.

"It is our responsibility and our role to work with and help American citizens who want to leave," she said. "In recent days, they have reached out to every American citizen registered in Afghanistan directly multiple times. This is a 24/7 operation, embassies all over the world are supporting phone banking, text banking, and email efforts."

“If any of you are hearing from American citizens who can't reach us, give me their contact information, and we will get in contact with them." pic.twitter.com/xeiYHlHaWR
— The Recount (@therecount) August 24, 2021