Why Noam Chomsky has some optimism about American journalism: a ‘real breakthrough’ 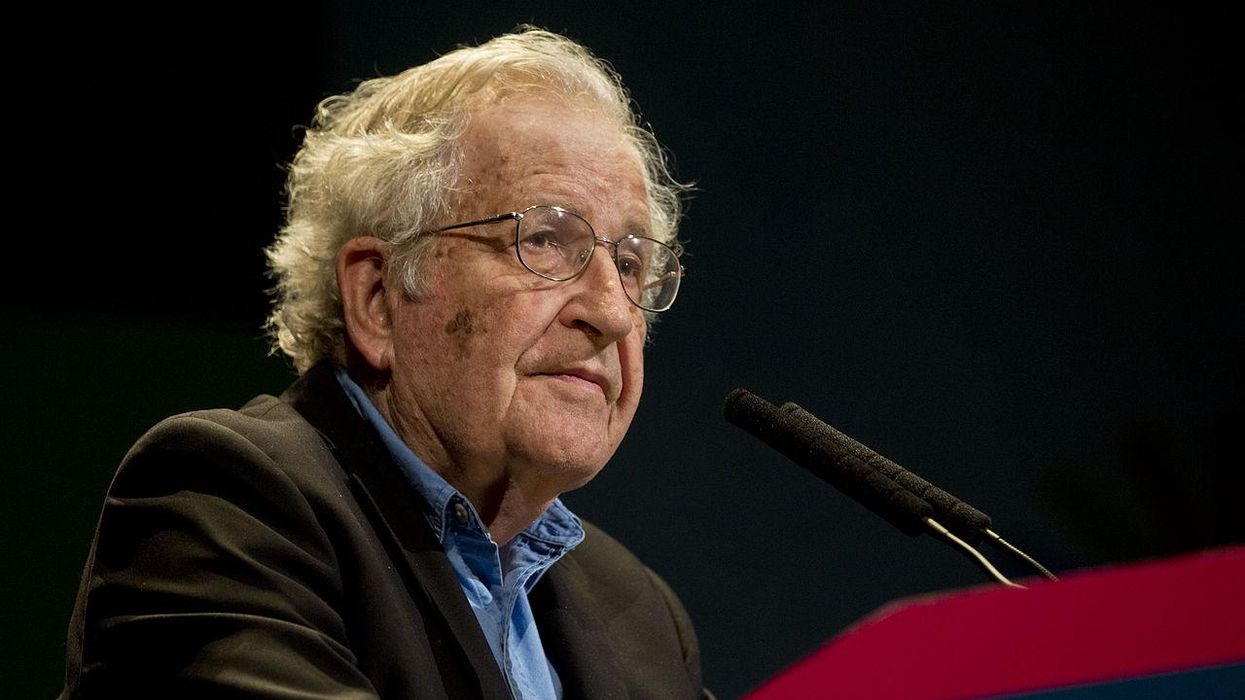 Over the years, author Noam Chomsky has often criticized the mainstream media from the left — and done so forcefully. Chomsky's 1988 book "Manufacturing Consent: The Political Economy of the Mass Media," written with colleague Edward S. Herman, not only disagreed with the right-wing claim that the mainstream media have a liberal bias — Chomsky and Herman argued that the mainstream media went easy on U.S. politicians, encouraging the status quo. But in an interview with The Nation this month, the 92-year-old Chomsky says he is pleasantly surprised by some of the reporting he is seeing these days — even in some of the mainstream publications he slammed in the past.

Victor Pickard, writing in The Nation, explains, "For anyone critical of the media and politics…. Edward S. Herman and Noam Chomsky's 'Manufacturing Consent' was essential reading. The book's 'propaganda model' provided a useful framework for understanding how typical news coverage filters out some types of evidence while emphasizing others, ultimately privileging dominant narratives. One key lesson from this analysis was clear: To change the world, we must first change our media."

Pickard notes that during his interview with Chomsky, he wanted to see what the veteran author thought of media reporting in 2021 compared to when he wrote "Manufacturing Consent" with Herman in 1988. Chomsky, Pickard observes, is "still leveling sharp critique and astute analysis" at 92.

Chomsky told Pickard, "Ed (Herman) and I updated the book to consider the rise of the internet, but we basically concluded that nothing much had changed. The sources of information are still the same. If you want to know what's happening in Karachi, you can't find reliable information on Facebook or Instagram other than what's being filtered from mainstream media. So, the first thing I do in the morning is read The New York Times, Washington Post, Financial Times, and so on. That's where the information is coming from."

Chomsky noted that "the internet's main effect is to narrow the range of information that most people access by driving them into social media bubbles," although "the propaganda model is basically the same" as when he wrote "Manufacturing Consent" 33 years ago.

But despite his ongoing complaints about the "propaganda model," Chomsky likes some of what he's seeing. For example, Chomsky — who was born in Philadelphia on December 7, 1928 when Calvin Coolidge was still president — praised the New York Times' 1619 Project as a "real breakthrough," telling Pickard that such reporting in a "mainstream newspaper" would have been "inconceivable" during the 1960s.

Nonetheless, one of the most important points that Chomsky made during their interview was how far to the right the overall political conversation in the U.S. continues to be. Chomsky noted that what is considered "liberal" in U.S. media and U.S. academia would be considered "centrist" in other countries. And Pickard pointed out that contrary to claims on the right, U.S. academia is far from "overrun with raging leftists."

"The academic world is basically centrist," Chomsky told Pickard. "It's called liberal, which would mean by international standards, more or less centrist. It might be aligned with the Democratic Party, but it's not even social democratic. If you try to break out of it by being more radical, you face difficulties."