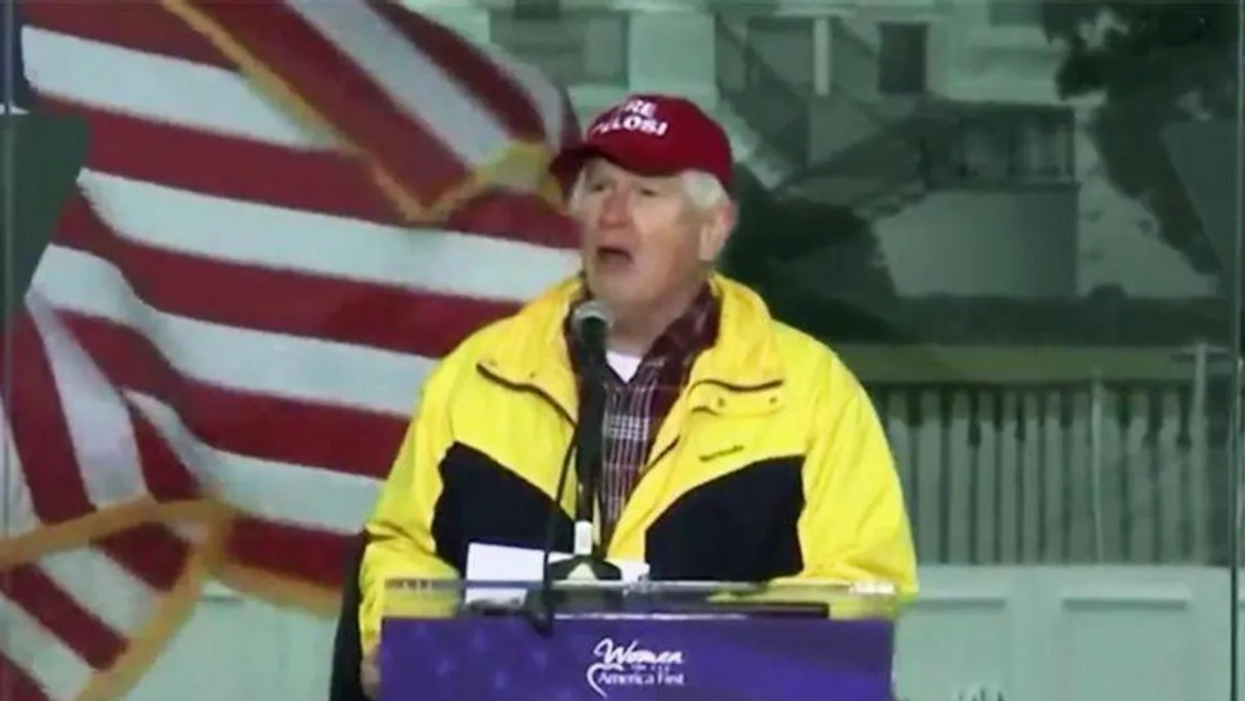 U.S. Rep. Mo Brooks (R-AL) is being sued by Congressman Eric Swalwell (D-CA) for his role in allegedly inciting the January 6 insurrection. Brooks infamously evaded being served by going to great lengths, resulting in forcing the process server to hand the papers to his wife at their home.

Brooks on January 6 spoke at Trump's MAGA rally and told the estimated 12,000 attendees, "Today is the day American patriots start taking down names and kicking ass." But Brooks was also the first member of Congress to announce he would vote to overturn the election. And in December Politico reported Brooks was "spearheading the long-shot push to overturn the election results in Congress," and noted he had organized a "trio of White House meetings, which lasted over three hours and included roughly a dozen lawmakers."

The Alabama Republican Congressman tried to get the Dept. of Justice to defend him, claiming his inciting thousands of loyal Trump cultists was a part of his job as a federal government employee. The DOJ disagreed and refused.

So now he is in court.

Brooks, who is an attorney, is reportedly representing himself.

Here's what he told the judge on Wednesday in his defense, asking to be dismissed from the lawsuit, per Reuters' legal affairs reporter Jan Wolfe.

"Brooks has never been arrested or convicted of any felonies or misdemeanors."

"Brooks has never had a DUI, a reckless driving ticket, or even a speeding ticket."

"Brooks has never had a motor vehicle wreck in which anyone claimed Brooks was at fault."

He concludes with one curious claim: "Brooks has a perfect ethics record…despite Democrats…having harassed Brooks with at least 38 ethics complaints."