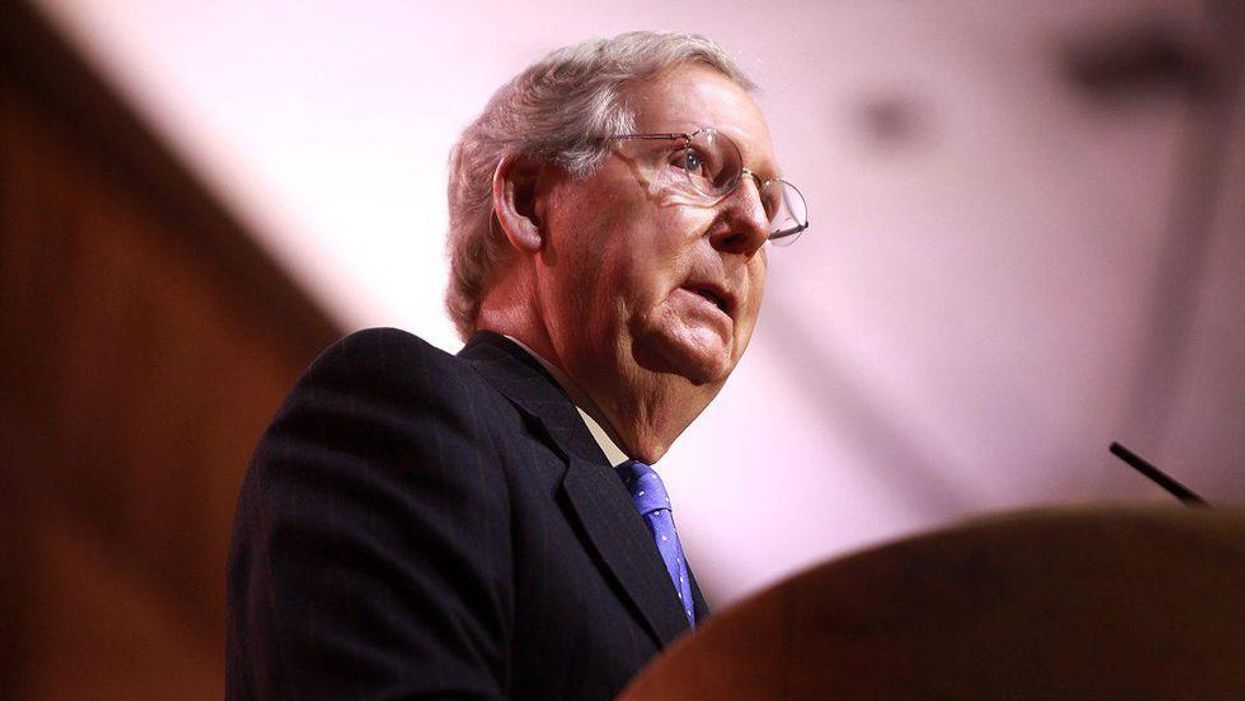 Liberal economist and New York Times columnist Paul Krugman has often commented that after the United States' federal deficit increases under Republican presidential administrations, the GOP will inevitably rediscover fiscal conservatism as soon as Democrats get back in power. In the Biden era, Republicans and Democrats have been battling it out on Capitol Hill over spending proposals and how to pay for them — and reporters Caitlin Emma and Jennifer Scholtes shed some light on Democratic budgetary strategy this week in Politico.

Emma and Scholtes explain, "There will be no language on raising or suspending the debt ceiling in the budget measure Senate Democrats expect to unveil within days to advance a $3.5 trillion spate of liberal spending plans without Republican buy-in, according to a Democratic aide close to budget talks. Instead, the party is looking to a short-term funding bill designed to avert a government shutdown at the end of September as the next opportunity for debt limit action, one top lawmaker said — an approach that would require Republican support."

The "debt ceiling" itself doesn't even actually refer to any spending. It is simply an arbitrary limit to the amount that the U.S. government can borrow in order to fund spending that Congress has already approved. If the government's need for funds eclipses the amount it's allowed to borrow, it will be left in a legal and economic quandary, and no one really knows how it would resolve — or what crisis would ensue.

The Politico reporters note that Democrats and Republicans on Capitol Hill are "now headed for a classic political game of chicken, knowing that the nation will default on its $28 trillion in loans without quick action — a calamitous outcome that has never before occurred in U.S. history."

Emma and Scholtes point out that Janet Yellen, secretary of the U.S. Treasury Department under President Joe Biden, has warned that the U.S. could be in trouble by mid-September if a budgetary agreement is not worked out. And the Congressional Budget Office has predicted that the Treasury Department will run out of money by October or November.

Exactly what type of budgetary agreement Democrats and Republicans will reach remains to be seen. Conservative Republican Sen. John Cornyn of Texas, who was reelected in 2020, told Politico, "I don't think there are going to be any Republican votes to increase the debt limit without some structural reforms. So, I think if the Democrats are going to pass it, they ought to stick it on (budget) reconciliation."

But Sen. Ron Wyden, the Oregon Democrat who chairs the Senate Finance Committee, accused Republicans of resorting to a political equivalent of "stall ball," a basketball technique.

"When you incur bills," Wyden told Politico, "you pay the bills. And now, we've got all these ideas like: 'Well, we really have to deal with Medicare and Social Security on this.' That's stall-ball. I went to school on a basketball scholarship, and I know what stall-ball is."

Wyden told Politico, "We're not going to let (Senate Minority Leader) Mitch McConnell do to President Biden what was done to President Obama, which hit the economy very hard."

Liberal Washington Post opinion writer Greg Sargent, this week in his column, reports that Democrats are not caving into McConnell's demands about the debt ceiling.

Sargent explains, "The Kentucky Republican is warning that no Republican senator will vote to raise the debt ceiling, and insisting that Democrats must do this alone in the reconciliation process, where they can pass it by a simple majority. But a Democrat familiar with the situation confirms to me that Democrats are unlikely to raise the debt limit as part of reconciliation. Instead, the aide says, they'll look to a government funding bill in September as the vehicle to raise or suspend it. This move, which confirms what Politico and others have reported, means Republican support will be required. But McConnell recently issued the threat that there won't be 'a single Republican' to support a debt ceiling hike."

Sargent goes on to say that if Democrats "hold to their new stance" and "call Republicans' bluff," they will be "compelling Republicans to drop their effort to use what is a routine vote to threaten mayhem and force a needless crisis."

The columnist writes that according to a Capitol Hill aide he spoke to, even centrist Democrats are "reluctant to include a debt limit hike in reconciliation because for technical reasons, that requires specifying a particular number for that ceiling."

"The bipartisan infrastructure deal looks likely to pass, perhaps with as many as 20 GOP senators," Sargent observes. "If this happens, and Democrats can get Republicans to support a debt limit extension, it will hopefully continue coaxing Republicans in out of the cold."