'Maxed out or close to capacity': Oklahoma hospitals on the brink of collapse as many run out of ICU beds 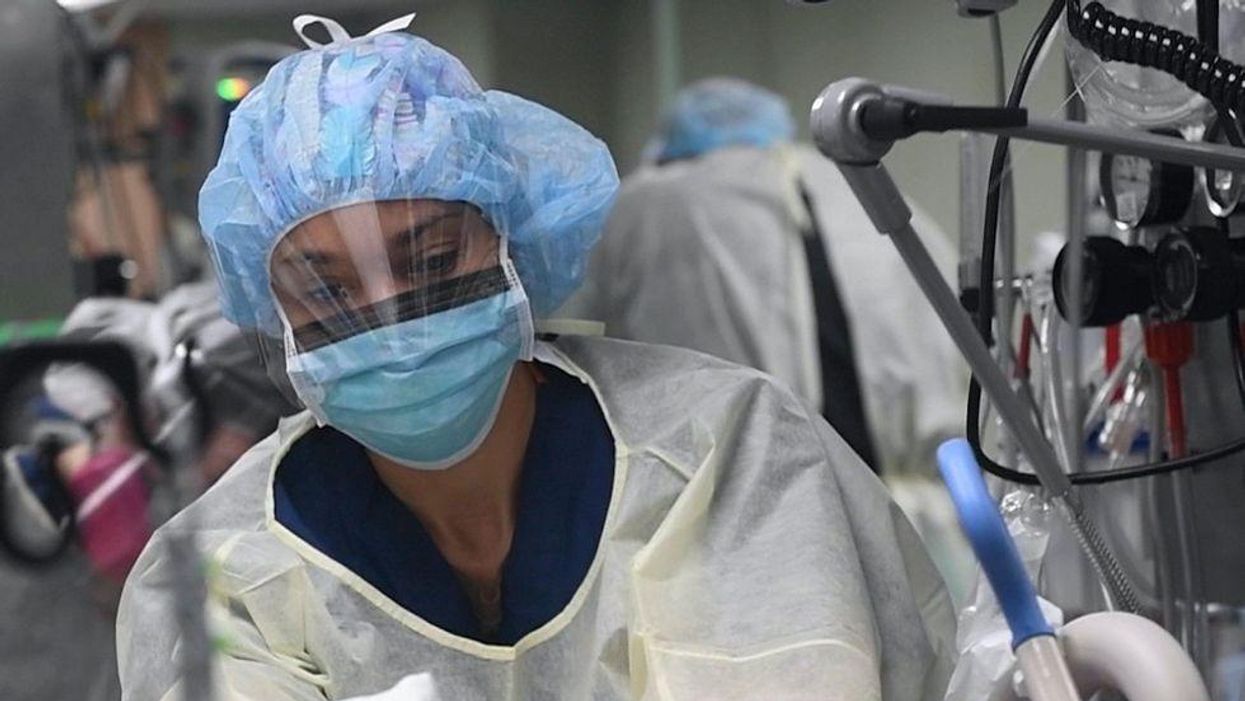 A handout photo made available by the US Navy shows Lt. j.g. Natasha McClinton, an operating room (OR) nurse, preparing a patient for a procedure in the intensive care unit (ICU) aboard the US hospital ship USNS Comfort (T-AH 20) in New York, New York, USA, 23 April 2020 (issued 26 April 2020), during the coronavirus disease (COVID-19) pandemic. Comfort, which cares for critical and non critical patients without regard to their COVID-19 status, is working with Javits New York Medical Station as an integrated system to relieve the New York City medical system. EPA/US NAVY/MC2 SARA ESHLEMAN HANDOUT HANDOUT EDITORIAL USE ONLY/NO SALES Dostawca: PAP/EPA.
Meaghan Ellis
August 04, 2021

Hospital systems across the state of Oklahoma are on the brink of collapse as the Delta variant of COVID-19 has caused an influx of severe cases that require hospitalization. According to the Birmingham Star, Oklahoma hospitals are facing a rapid surge in COVID cases with an alarming number of those cases being children.

Data compiled by the Centers for Disease Control and Prevention (CDC) indicates Oklahoma "reported 8,746 deaths from COVID on Monday and reported 11,109 new confirmed and probable infections with over 2,000 of the cases among children." The latest alarming statistics are trending in the same direction as other states facing case surges like Louisiana, Texas and Florida.

One local ER director in Oklahoma has revealed several intensive care units (ICUs) in metropolitan areas are "maxed out or close to capacity" due to the sharp uptick in COVID cases.

"It caught me off guard," said Dr. Benn. "Because we had gotten to a point where it really felt like we were, we were winning and we were on top of it. We knew about the Delta variant and we knew that it was out there, I just didn't realize it would move as fast as it was going to."

Benn revealed over the last month he has seen the hospital undergo a major transition from having ICU vacancies to having no beds at all.

"Four weeks ago the census where I work was zero COVID patients in the hospital and now we're running about 18 to 20 a day," he warned, "That's a pretty rapid increase."

Some Twitter users have also expressed concern about the surge in Oklahoma. "There are no ICU hospital beds available in the entire State of Oklahoma right now. ICU beds are maxed out," one user tweeted.

Another said, "The Hospital bed situation can change hourly. Oklahomans that need an ICU bed have to wait in the ER or be transferred to another hospital when one opens up."

A local nurse also expressed concern about an alarming daily report. "17 deaths were today in Oklahoma, due to COVID, out of which 819 were new positive cases. The active cases are now up to 9,130. There is a significant uptick in hospitalization, 519, out of which 165 in the ICU," reported a local nurse.