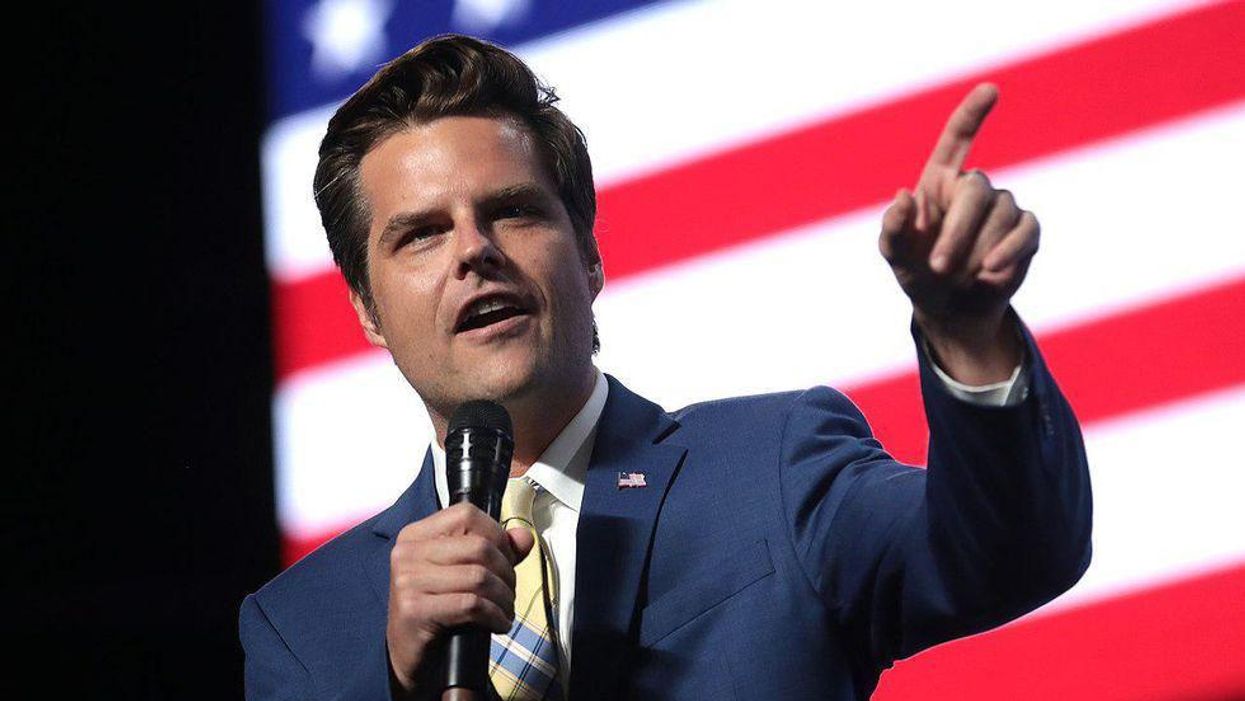 Reps. Matt Gaetz (R-Fla.) and Marjorie Taylor Greene (R-Ga.) are continuing down a dark path of deceit as they spread more conspiracy theories and falsehoods about the 2020 presidential election and COVID-19 pandemic.

According to The New York Times, the two recently traveled to Des Moines, Iowa for an "America First" rally. There, they found tons of like-minded Trump loyalists fueled by conspiracy theories.

One rally goer in particular is devout Trump supporter Eric Riedinger, a 62-year-old resident of Des Moines and business owner who also owns the website BigTrumpFan.com.

"My biggest issue looking ahead: Stop the RINOs," he said, using Trump's infamous bashing phrase which stands for 'Republicans in Name Only.' "If they're part of that infrastructure bill and supporting it, they're not doing what they're supposed to be doing."

Reidinger's remarks appear to align with Gaetz and Greene's belief systems. The two focused on falsehoods about widespread voter fraud that does not exist as they continued to support the dangerous claim about Trump being the actual president of the United States.

At one point, Greene went on a tangent as she argued why she believes Repiblicans need to regain control of the House and Senate.

"Last time Republicans had full control, the first year under President Trump, Republicans didn't fund and build the wall," Ms. Greene said to the crowd of about 200 people. "Republicans didn't defund sanctuary cities, they funded them. And this is the one that blows my mind: They did not defund Planned Parenthood."

She added, "This time around, Republicans need to take back the House with people that are going to do as they say."

Gaetz, on the other hand, took aim at U.S Defense Secretary Lloyd J. Austin III, the first Black person to serve in that role, saying he "might be the stupidest person to have ever served in a presidential cabinet in America's history."

Despite their spread of dangerous rhetoric and misinformation campaigns, the crowd responded with roaring cheers and applause with signals a long-term, intraparty battle for the Republican Party.