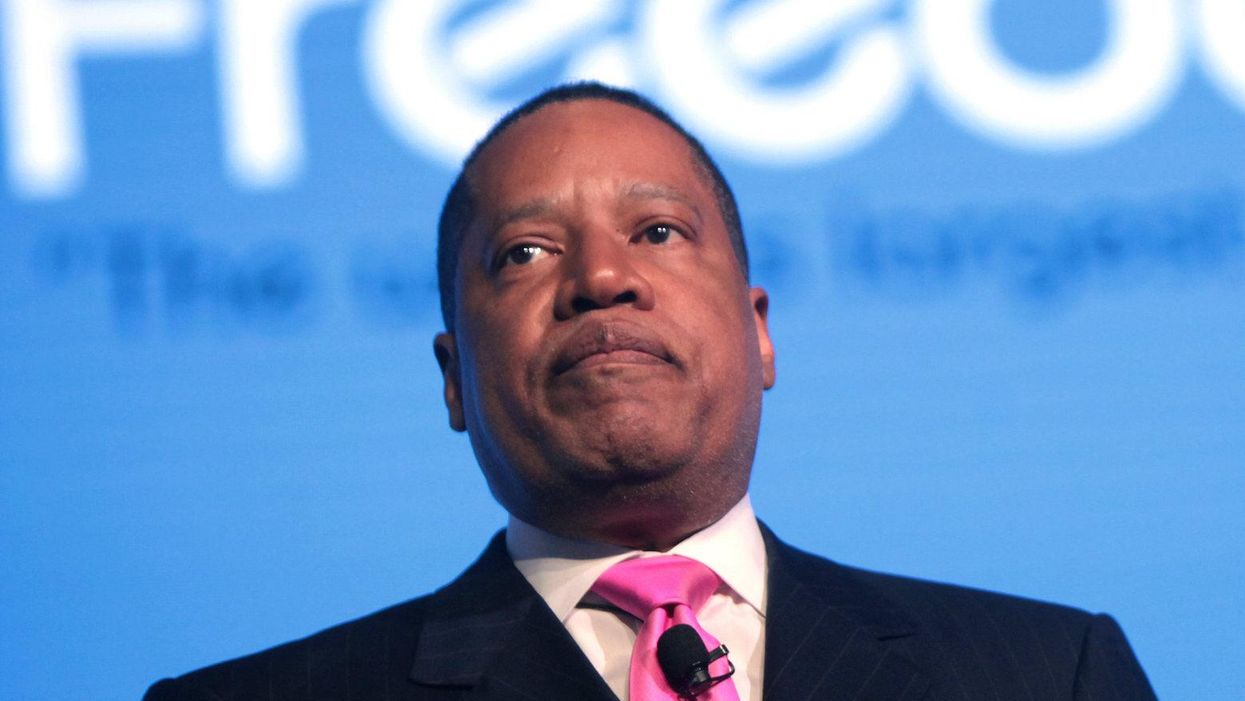 California's Governor Gavin Newsom is facing a recall election that, up until recently, the Democratic Party had brushed off as a frivolous inconvenience. Now, just days before the election, vote-by-mail ballots have been sent to California's 22 million active registered voters in a statewide off-year election that offers a bewildering array of nearly four dozen alternate choices to Newsom if he were to lose. Polls show that even in a state with a clear majority of voters identifying as Democratic, Newsom is in trouble.

It shouldn't have turned out this way. Just a few years ago, Newsom was seen as a progressive superstar, elected in 2018 to lead the world's fifth-largest economy after serving as mayor of San Francisco. These were the same midterm elections that saw progressive newcomers like Alexandria Ocasio-Cortez, Ilhan Omar, and others elected to federal congressional seats in what was seen as a game-changing year for liberal politics and a worthy consolation prize to Bernie Sanders' 2016 Democratic nomination loss.

Newsom's campaign slogan, "Courage for a Change," led political pundits to dub him the "next head of the California resistance." He campaigned on ushering in a statewide Medicare for All or single-payer system and won the endorsement of the National Nurses United (NNU) as a result. A year before his win, Newsom addressed NNU members on the issue of health care, saying, "If we can't get it done next year, you have my firm and absolute commitment as your next governor that I will lead the effort to get it done. We will have universal health care in the state of California."

Nearly three years since Newsom took office, there is no whiff of Medicare for All in sight aside from a tabled bill, and a commission that Newsom appointed nearly two years ago. It seemed as though the fervent backer of single payer was no longer as enthusiastic about health care as he had appeared to be. As John Marty, writing for Physicians for a National Health Program (PNHP), said, "Newsom's shifting position on single payer shows why voters become cynical." Is it any wonder then that California's Democratic voters are not as enthused to show up to the polls on September 14 even though most voters oppose the recall? One Republican analyst said, "Newsom doesn't have to worry about the Democratic base voting for the recall." Instead, "He has to worry about them not voting at all."

True, the timing of the recall does not benefit the governor. Newsom's unpopular positions on COVID-19 restrictions and perceived hypocrisy on safety measures are among the reasons why voters might want to punish him. Frankly, he hasn't inspired voters enough to reward him with a "No" vote on the recall.

But, California's liberal voters also likely do not want to see him replaced by a Republican, let alone a right-wing extremist. The GOP's front-runner in the crowded field of alternates to replace Newsom is conservative celebrity talk radio host Larry Elder. Polls show roughly 18 percent of voters would choose Elder to replace Newsom. As with the 2020 presidential election, California progressives may once again find themselves in a position of having to choose a milquetoast Democrat in order to stave off an extremist Republican takeover.

Although 18 percent of the vote is not remotely close to democratically representative, by the bizarre rules of California recalls, Elder could still assume the governor's seat if Newsom garners less than 50 percent support. In other words, even if Newsom wins 49.9 percent support and the "Yes on Recall" wins 50.1 percent, Newsom has lost. At that point, the alternate candidate with a plurality of votes will walk off with the prize. And that could be Elder with a mere 18 percent of the votes compared to Newsom's 49.9 percent. If that sounds unconstitutional, as per numerous legal experts, it absolutely is.

Elder is the author of The Ten Things You Can't Say in America, a book that inspired none other than Donald Trump's former immigration adviser Stephen Miller, the director of Trump's family separation horror show.

Indeed, the arguments published by recall supporters in the state voter guide use standard dog-whistle anti-immigrant arguments such as claiming that Newsom, "endorsed [laws that] favor foreign nationals, in our country illegally, over that of our own citizens," and that he, "imposed sanctuary state status." The recall election's lead proponent Orrin Heatlie is a retired sheriff's sergeant who in 2019 wrote a Facebook post saying, "Microchip all illegal immigrants. It works! Just ask Animal control."

Given the racist forces behind the recall and the front-runner Elder's political leanings, the California recall has become a microcosm of what many feared the 2020 presidential race would turn into: a Trumpian conservative hoping to govern the state by minority rule and prevailing over an uninspiring Biden-like moderate.

A recall effort to oust the governor has only ever succeeded once in California's history. That was in 2003 when Republican challenger Arnold Schwarzenegger beat the Democratic incumbent Gray Davis. It seems as though the GOP must resort to undemocratic means to gain political power in the staunchly liberal state—similar to the federal-level modus operandi for the conservative party.

There is no doubt that a second term for Trump would have been an utter tragedy for the United States. The January 6 coup attempt was evidence enough of that. Similarly, there is no question that sticking it to the disappointing governor of California by not showing up to the polls would be a self-destructive move for liberals and progressives alike.

Whether it is anger at Newsom's capitulation on progressive campaign promises or sheer voter ignorance and apathy matters little. A Democratic California state senator who is advocating against the recall worried that "folks seem distracted or unaware" about an election that could yield a Trump-like leader in California.

In spite of the deep disappointment over Newsom's failures, there are many reasons to oppose a recall. At stake are some of Newsom's executive actions on climate change that a Republican governor would surely overturn. Some worry that a Republican governor might get the chance to appoint a replacement for California Senator Dianne Feinstein if she retires or passes away in the next two years, which in turn would flip the U.S. Senate to GOP control. Feinstein is the nation's oldest sitting senator.

Additionally, many fear Republican leadership in California would mean a rollback of voting rights as seen in states like Texas and Florida. And of course, given Elder's anti-immigrant tendencies, a Newsom loss could spell doom for the state's undocumented population.

Those who want to teach Newsom a lesson—and he surely deserves to be punished for his failure to live up to his progressive pledges—have a chance at judging him in next year's gubernatorial race. If he wins the recall, he has one more year to make good on promises like Medicare for All. Then, come 2022, there will be an election based on direct democracy, rather than the whims of right-wing extremists hoping to game a flawed system.