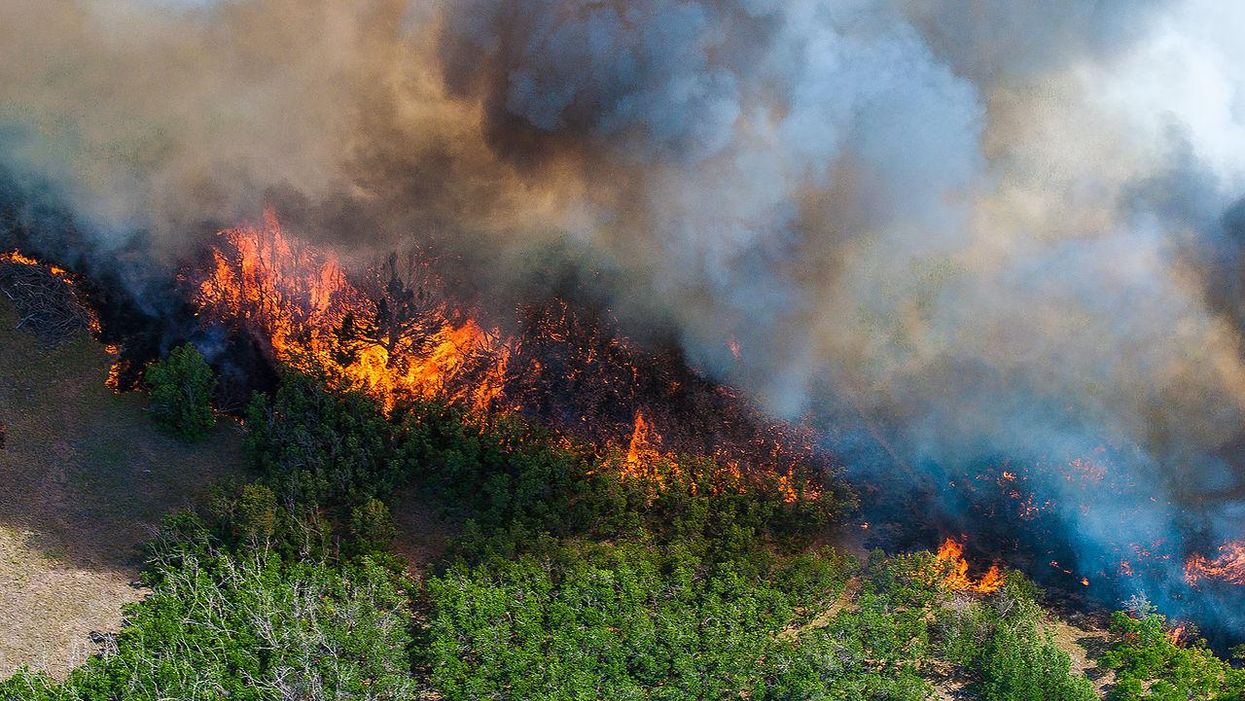 As climate change continues to accelerate, the disastrous consequences, according to scientists, will range from more hurricanes in Florida, Mississippi and Louisiana to more wildfires and droughts in the southwestern states, including Colorado — where, reporter Chris McGreal notes in The Guardian, fossil fuel providers like ExxonMobil and SunCor are facing climate change-related lawsuits.

Coping with the results of climate change, according to McGreal, is costing Colorado taxpayers a fortune. Colorado, McGreal, notes, suffered a "record number of wildfires" in 2020.

Chris Finn, the 65-year-old fire chief in Gold Hill, Colorado in Boulder County, told The Guardian, "I've lived up here my whole life. You can see the change in the weather."

McGreal explains, "Boulder County estimates it will cost taxpayers $100m over the next three decades just to adapt transport and drainage systems to the climate crisis, and reduce the risk from wildfires. The county government says the bill should be paid by those who drove the crisis: the oil companies that spent decades covering up and misrepresenting the warnings from climate scientists. It is suing the (United States') largest oil firm, ExxonMobil, and Suncor, a Canadian company with its U.S. headquarters in Colorado, to require that they 'use their vast profits to pay their fair share of what it will cost a community to deal with the problem the companies created.'"

The environmental group Earth Rights International is handling a lawsuit on behalf of Boulder County's lawsuit. Separate lawsuits against energy companies have been filed by San Miguel County, Colorado and the City of Boulder. And Earth Rights is arguing that the climate change denial of fossil fuel companies has made the problem worse.

Marco Simons, Earth Rights International's general counsel, told The Guardian, "It is far more difficult to change it now than it would have been if the companies had been honest about what they knew 30 or 50 years ago. That is probably the biggest tragedy here. Communities in this country and around the world were essentially robbed of their options."

Micah Parkin, founder of the environmental coalition 350 Colorado, contends that climate change forced her to leave New Orleans after the Hurricane Katrina disaster of 2005 — only to face wildfires in Colorado, her adopted home. And Parkin supports legal action against fossil fuel companies, saying that Exxon was not forthcoming about the connection between fossil fuels and climate change.

Parkin told The Guardian, "They were calling it a once-in-a-thousand-year event. I don't believe that. We've loaded the dice for more and more of these intense events happening. It's clear that Exxon and these other companies need to be held responsible."