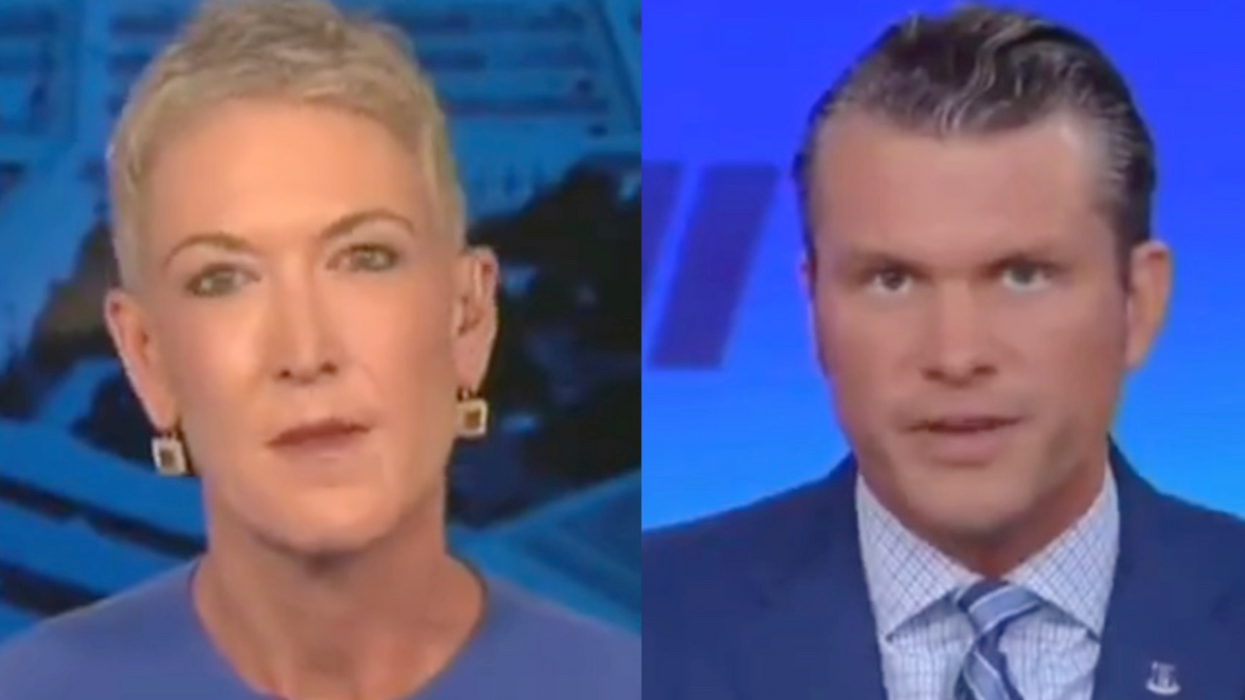 Fox News National Security Correspondent Jennifer Griffin refused to allow her colleague Pete Hegseth to malign the men and women who just flew the last U.S. plane out of Kabul, ending America's longest war ever, and reminding him that they just evacuated 122,000 Afghans and Americans out of Afghanistan.

"A lot of people feel like the way that we left in the last couple of weeks was not honorable," said Hegseth, who was on Trump's short list to run the VA until veterans groups objected, "that it was a retreat, that it was at the behest of the Taliban."

"Do you get a sense that, from DoD and State, there's going to be an attempt to rewrite the narrative of who's to blame for what didn't go right?" he added, feeding her a narrative she refused to accept.

"I think for the finger-pointing to begin this soon is a, is a bit unseemly, frankly, and that is not the impression that I have from the people who've been working tirelessly since August 14," replied Griffin, who has covered numerous military events since 2000 and who hosts The Wounded Warrior Experience for the American Veterans Center. "I've seen people here at the Pentagon, as well as at the Department of State, many of them will remain nameless over the years but they worked, and they were heroic in their efforts in the fact that they got 122,000 vulnerable Afghans and Americans out of that country when they had to, they had to fight their way back in basically the airport scenes you'll remember them the 82nd airborne secured that airport in 24 hours, and there were for the most part, other than that tragic suicide bombing at Abbey Gate."

"It was an unbelievable effort you had military planes landing every 45 minutes lifting people off to safety, is it heartbreaking for the military commanders that they had to leave anyone behind. Obviously I just asked General McKenzie how he feels after 20 years of war, handing the country that they had seized from the Taliban after 9/11 back to the very same Taliban. I can't imagine that anybody in this country, any American citizen is going to be unchanged by what we've just been through, not only from the last 20 years, but for the last two weeks."

Fox News correspondent Jennifer Griffin: " I think for the finger-pointing to begin this soon is a bit unseemly." https://t.co/wDxYpN2BQU
— Justin Baragona (@Justin Baragona) 1630358427.0