'The inevitable consequences of intervention': Kabul explosions evoke horror as the Taliban points to ISIS 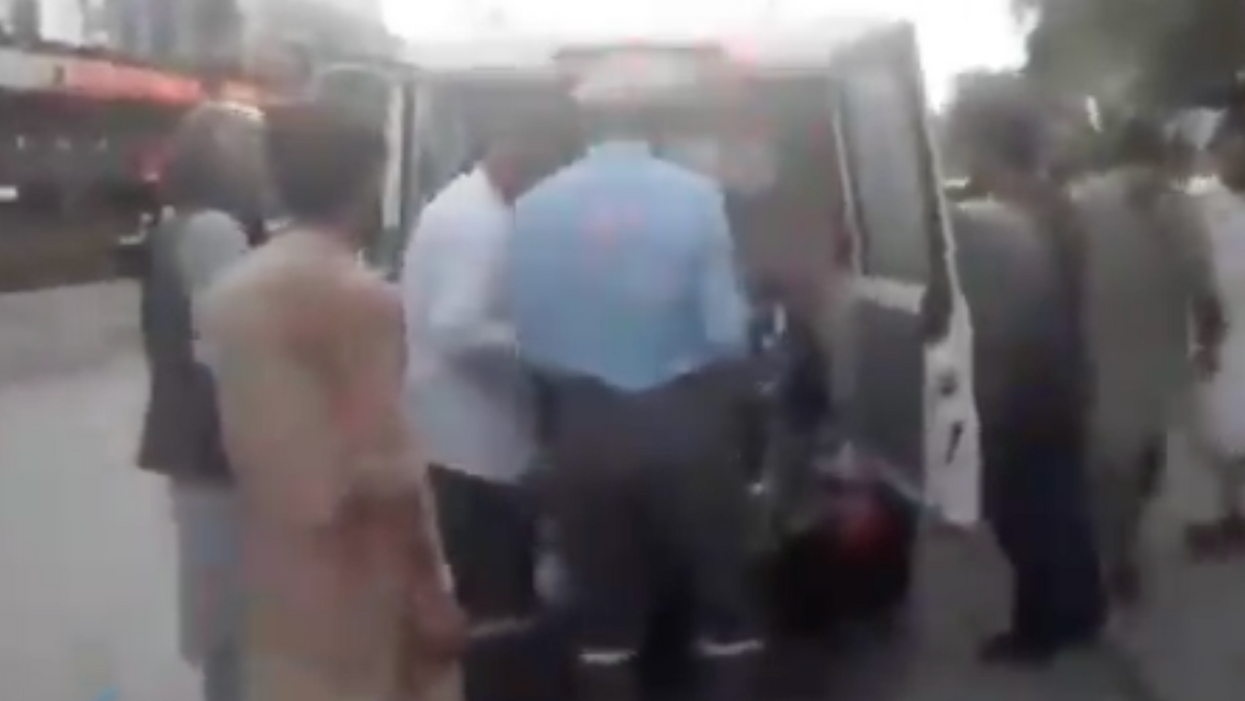 Children, adult civilians, and U.S. military personnel were among those reportedly killed or wounded Thursday in a pair of explosions near Kabul's international airport, the site of a chaotic evacuation effort that the Biden administration is aiming to complete by early next week.

It's not yet clear who or what caused the blasts, which are believed to have killed dozens of people. According to a Kabul-based New York Times journalist, at least 40 were killed by the explosions and over 100 more were injured, with many in critical condition.

Citing the U.S. ambassador in Kabul, the Wall Street Journal reported that four U.S. Marines were killed and three were wounded.

U.S. Defense Department Press Secretary John Kirby confirmed that there were at least two explosions, one of which he said was "the result of a complex attack that resulted in a number of U.S. and civilian casualties."

"We can also confirm at least one other explosion at or near the Baron Hotel, a short distance from [the Kabul airport's] Abbey Gate," Kirby wrote on Twitter.

Unnamed U.S. officials told Reuters that at least one of the blasts Thursday was caused by a suicide attack.

The explosions came after the U.S., United Kingdom, and other Western governments warned their citizens earlier Thursday not to travel to the Kabul airport, pointing to "very credible" intelligence indicating a possible attack.

Afghanistan is just breaking my heart. If there was ever proof that the U.S. military was lying to us for decades a… https://t.co/RU294OCZbr
— Kate Alexander (@Kate Alexander) 1629991168.0

Taliban spokesperson Zabiullah Mujahid said in a statement following the deadly blasts that Afghan officials "have warned U.S. troops about possible terrorist groups such as ISIS."

"The Taliban are committed to the international community and will not allow terrorists to use Afghanistan as a base for their operations," Mujahid added.