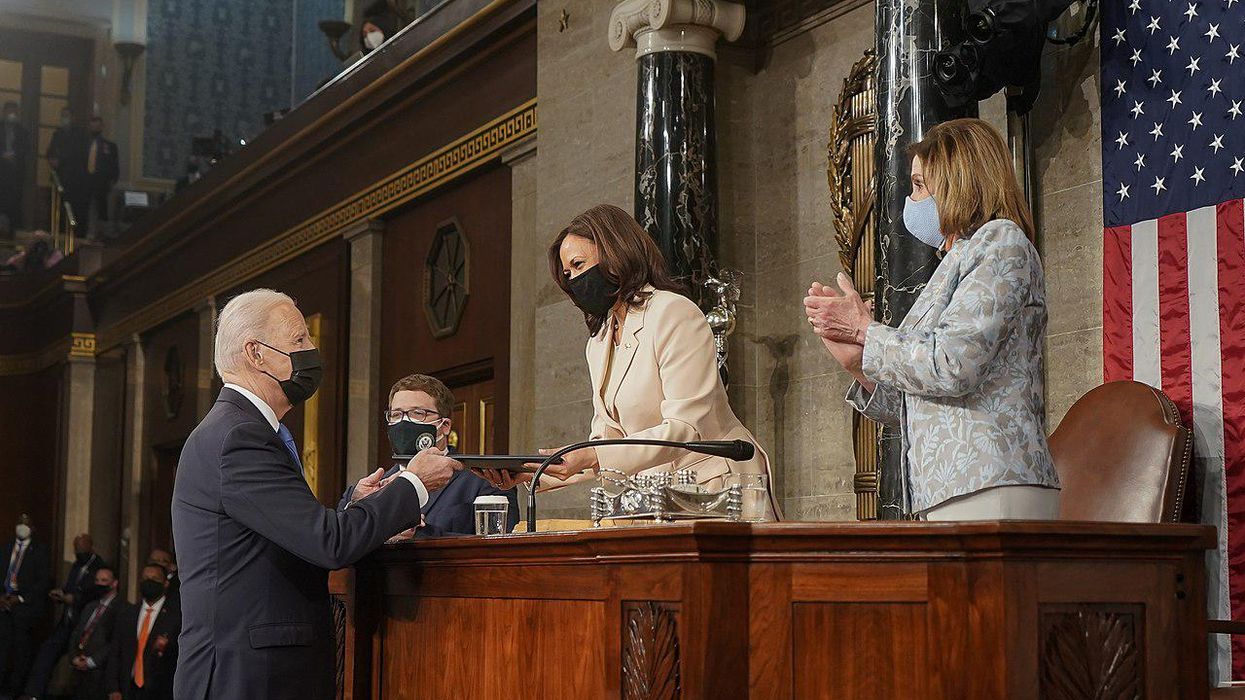 During the Biden era, Democratic strategist David Shor has not only been expressing fears that his party will lose control of Congress in the 2022 midterms — he has also been warning that the party is facing an unfair structural bias in elections. And the crisis in Afghanistan, according to the 30-year-old Shor, may be increasing the possibility of a GOP-controlled Congress come January 2023.

Journalist Harry Lambert, who interviewed Shor for The New Statesman, explains, "When I first spoke with Shor, before the fall of Kabul, Joe Biden's approval rating was hovering at a respectable 53%. It has since fallen to 49%, the lowest level of his presidency. The difference may seem negligible, but in Shor's analysis, it suggests that the Democrats will lose control of Congress in next year's midterm elections."

Shor told Lambert that in order for Democrats to maintain control of both houses of Congress in the 2022 midterms, "Biden's approval rating needs to be above 52 or 53." The current political landscape in the U.S., according to Shor, gives Republicans an unfair structural advantage — and he warned that unless structural reforms are passed by Congress in the next year, Democrats are "likely be kept out of power for the next decade."

Two major problems Democrats are up against, according to Shor, are partisan gerrymandering of U.S. House districts and the fact that the overrepresentation of small states works against them in the U.S. Senate. Shor recommends that House districts be drawn by nonpartisan commissions and that the District of Columbia be granted statehood. Another possibility is statehood for Puerto Rico.

Shor is known for his intense analysis of polling data; he did a lot of numbers-crunching when he worked on President Barack Obama's reelection campaign in 2012. And he has been described as a Millennial equivalent of veteran Democratic strategist James Carville. In fact, Shor sounds very Carville-like when he warns that Democrats need to concentrate heavily on what are winning issues for them and avoid issues that are divisive like defunding the police and reparations for slavery. The 30-year-old Shor told Lambert, "Biden just intuitively understands that defunding the police is crazy."

Democrats, according to Shor, need to "keep the conversation on the issues that people trust us on" — such as infrastructure, health care and COVID-19 relief — "and away from the issues that they don't."

Shor stressed, however, that even if Democrats go into 2022 being solid from a policy standpoint, they will be at a disadvantage unless they take care of structural election problems. And he has been sounding the alarm about these problems all year.

Back in February, during an interview with AlterNet, Shor addressed some of these challenges — for example, he warned that an "Electoral College bias" against Democrats is giving whites without college degrees an excessive amount of influence in swing states.

Shor told AlterNet, "We have to turn around and try to appeal to voters in these states that matter more, which really sucks. We just have to care more about what midwestern white people think."

Looking back on the 2020 election results, Shor told AlterNet, "We got 52.2%, and if we had gotten 52%, we might have lost. That's what the breakeven point was. The bias of the Electoral College went up. I think a lot of people forecast that it would go down. So, that's bad. I think that's really bad. I think it's really under-remarked about."

Shor added, "And it makes me think we're probably favored to lose in 2024. We barely scraped 52.2 against the most unpopular Republican incumbent to run in decades, and we still barely scraped by. So, I think it's quite bad."