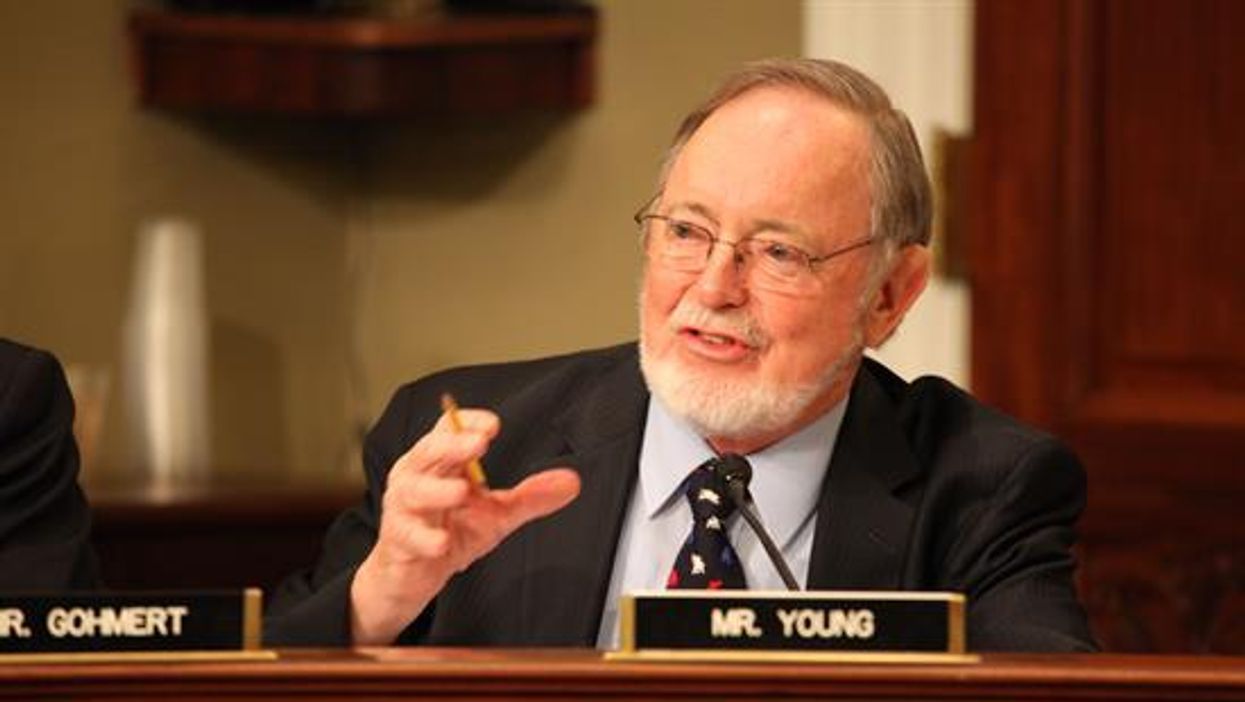 When Republicans in Georgia early this year battled eventual Democratic Sens. Jon Ossoff and Rev. Raphael Warnock, one of their main talking points was that if Democrats control Congress, they will add Puerto Rico and Washington D.C. to the Union. But one GOP congressman who has come out in favor of statehood for Puerto Rico is Rep. Don Young of Alaska.

According to Alaska Public Media reporter Liz Ruskin, Young voiced his views on Puerto Rico during a congressional hearing on April 14 — saying, "I think it's time. As far as the plebiscites, we've had three of them. Each time, we've actually been victorious, in the sense of being a state. It's long overdue."

A desire for statehood, however, is not universal among Puerto Ricans, some of whom would to see a strict separation from the U.S. — while others would welcome statehood. The latter, according to a November 2020 plebiscite, are in the majority.

Ruskin explains, "The most recent plebiscite, or non-binding vote, was in November. More than 52% of Puerto Ricans voted for statehood, but only Congress can grant it."

The fact that Puerto Rico is primarily Spanish-speaking is not the only thing that worries many Republicans about the possibility of the island achieving statehood. In contrast to the many Cuban-Americans in Florida who lean Republican, Puerto Ricans living in NYC, Philly and other places lean Democrat. In other words, Puerto Rico would likely be a blue state if granted statehood. Regardless, Young believes that Puerto Rico deserves statehood, whatever its political leanings.

During the April 14 hearing — which Young attended remotely — the Alaska congressman explained, "I have some opposition on my side about, 'They'll all be Democrats.' They said the same thing about Alaska, and now, we're all Republicans. So, everybody has the right to decide what they're going to be, but don't pre-think what they're going to be because it doesn't work out that way. Hawaii was supposed to be Republican."