'Demagogic fakery' is alive and well as Republicans compete for the evangelical vote in Ohio Senate race: journalist 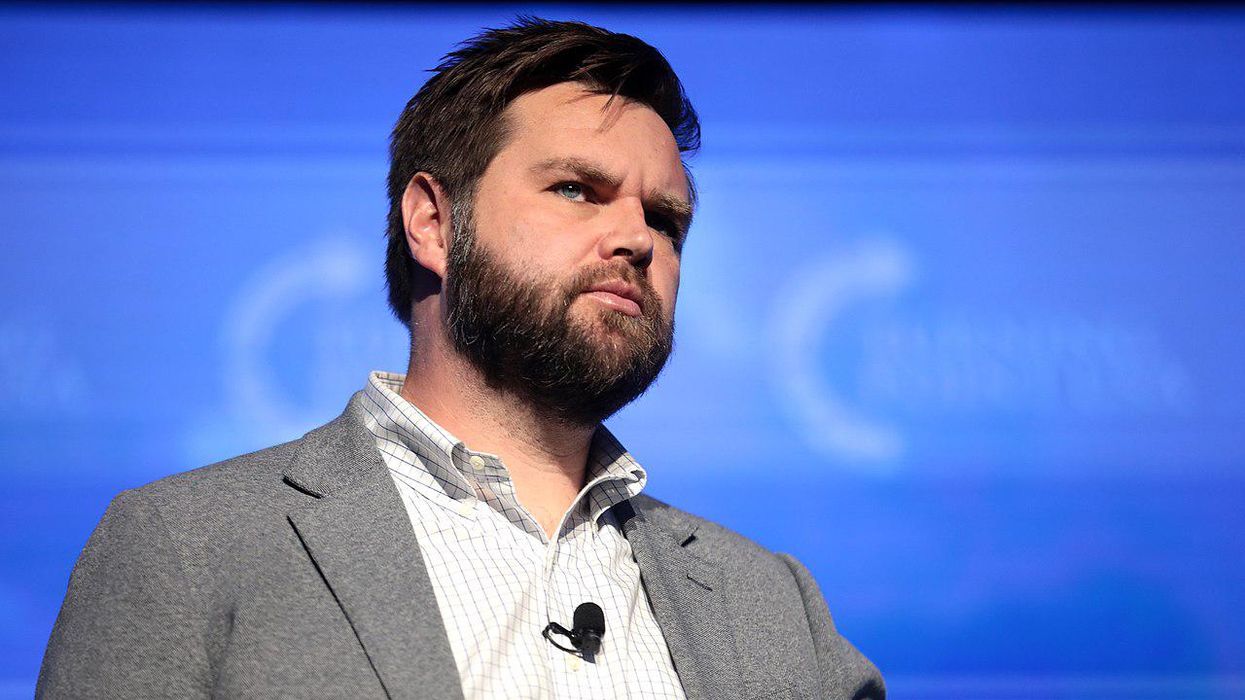 The late conservative Arizona Sen. Barry Goldwater was spot on when he warned, in the early 1980s, that if the Republican Party pandered to the Christian Right, it would never break free of its toxic influence. Forty years later, countless MAGA Republicans jump through hoops to win over far-right White fundamentalist evangelicals. And a perfect example, according to The Bulwark's Jim Swift, can be found in Ohio's GOP 2022 U.S. Senate primary.

"Hillbilly Elegy" author J.D. Vance and former Ohio State Treasurer Josh Mandel are among the Ohio Republicans who are hoping to take over the U.S. Senate seat presently held by Sen. Rob Portman, who has decided not to seek reelection. Portman is a right-wing conservative, but he isn't extreme or radical enough for the MAGA crowd. Vance and Mandel are going out of their way to show how MAGA they are, and an important part of that is winning over the White evangelical vote.

"The Ohio GOP primary race for the U.S. Senate seat up for grabs in 2022 seems to be a contest of demagogic fakery between two former Marines," Swift explains in an article published by the Bulwark on August 23. "Among the voter blocs crucial to winning: evangelical Christians. According to the Pew Research Center, evangelicals comprise 29% of the state's adult population, with Catholics and Mainline Protestants at 18 and 17%, respectively. Moreover, evangelicals make up a whopping 39% of Ohio Republicans, nearly double the percentage of Catholics and Mainline Protestants: 20 and 21%."

The term Mainline Protestants refers to non-evangelical Protestants such as Lutherans, Episcopalians, Methodists and Presbyterians. For the most part, Mainline Protestants have a live-and-let-live approach to religion. They might try to convert an atheist or an agnostic to Christianity — without being too obnoxious or in-your-face about it — but they are more likely to engage in interfaith activities and have no problem with Jews, Muslims or Hindus holding public office. Goldwater wasn't worried about Mainline Protestants; it was far-right White evangelicals who worried him. And both Mandel and Vance are both playing the "family values" card.

"Josh Mandel, who is Jewish, has been doing a lot to cater to the evangelical crowd in Ohio," Swift explains. "On Instagram and Twitter, he posts chummy photos with voters, usually with the name of their church on the sign conveniently highlighted. He's tweeted 'America was founded on the Bible' — it wasn't — and that if elected, he will 'always make my decisions based on the Bible and U.S. Constitution.'"

Vance, unlike Mandel, was raised evangelical — and as Swift points out, Vance (a convert to Catholicism) was critical of the White evangelical movement in the past. In 2016, Swift notes, the "Hillbilly Elegy" author spoke out against the "fusion of religion and politics" and said of White evangelicals, "A Christianity constantly looking for political answers to moral and spiritual problems gives believers an excuse to blame other people when they should be looking in the mirror…. Recently, a friend sent me the online musings of a televangelist who advised his thousands of followers that the Federal Reserve achieved satanic ends by manipulating the world's money supply. Paranoia has replaced piety."

Vance has flip flopped considerably since 2016, when he commented that Donald Trump would be terrible for the U.S. if elected president; now, he is MAGA all the way. And Vance is running for the Senate as a social conservative, railing against "the childless left" and making the ludicrous claim that people who don't have biological children shouldn't hold public office.

Swift writes that "on the campaign trail in Ohio," Swift isn't "complaining about evangelicals" like he did in 2016 — although he "doesn't appear to be courting them" in "the same manner Mandel is."

"While being Catholic might not help Vance's chances with evangelical voters, he at least speaks their 'language,'" Swift explains. "Josh Mandel's hard campaigning for the evangelical vote seems a little forced — understandably. Although the primary is still months away, it will be interesting to watch how these two candidates compete for this outsized electoral bloc."