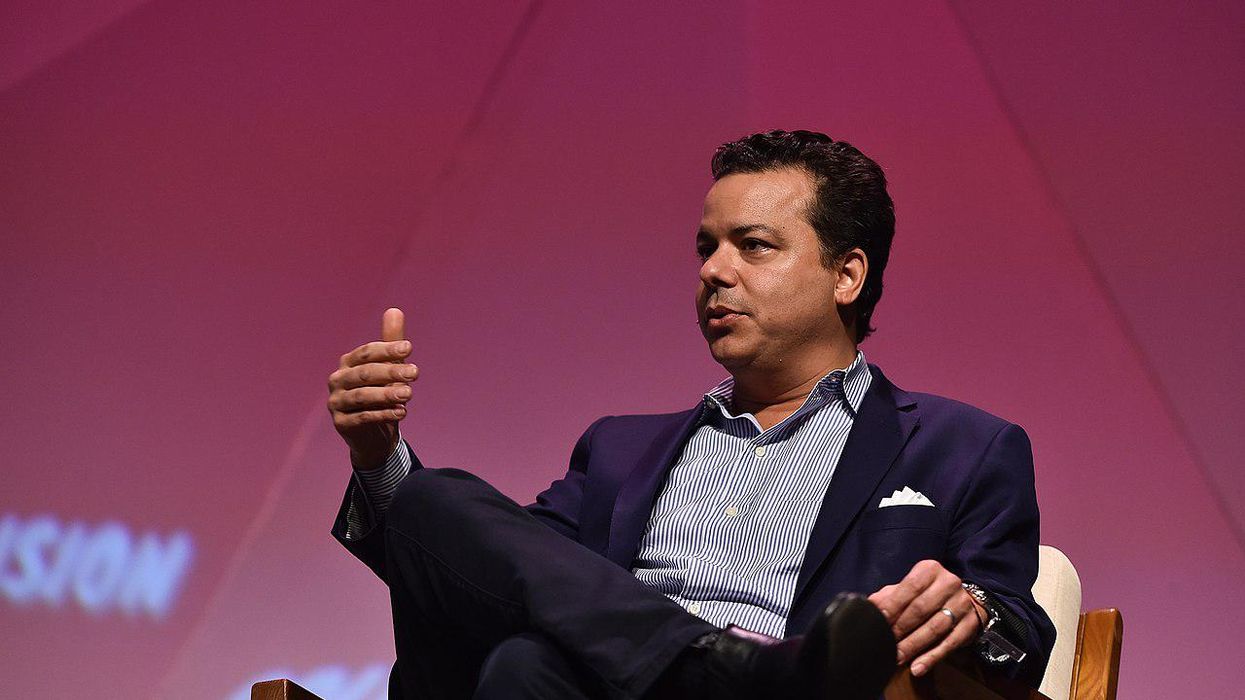 In the United States, 70% of adult residents have been at least partially vaccinated for the COVID-19 coronavirus, according to the Centers for Disease Control and Prevention. But President Joe Biden would like to get that number higher, as the U.S. is experiencing a troubling COVID-19 surge that is sending unvaccinated Americans to the hospital in big numbers —especially in red states. And CNN's John Avlon, in a scathing commentary on August 3, lambasted the many Republicans who would rather resort to cheap political theatrics than help Democrats increase vaccination rates in the U.S.

Avlon didn't hold back during his commentary, attacking Republicans who are "trying to profit from polarization on the back of people's pain and suffering."

"Our country is stuck in suffering right now because of the unvaccinated," Avlon told CNN viewers. "And a stubbornly high percent have refused the vaccine because of hyperpartisan lies."

Avlon pointed to comments by John R. Bennett, who chairs the Oklahoma Republican Party, as an especially appalling example.

"The Oklahoma State Republican Party (has been) pushing out a tweet comparing common sense restrictions for the unvaccinated to the yellow star that Hitler's Nazi Germany forced Jewish citizens to wear," Avlon observed. "Yes, the same one that identified some of the 6 million people murdered during the Holocaust. Of course, this is part of a sickening pattern of Nazi comparisons, trotted out by some folks on the far right — not just random wackos, but people who represent the Republican Party in positions of power and influence. And the Oklahoma GOP is fundraising off this bile. It's ghoulish."

Avlon noted that in Oklahoma City, ICUs are "near capacity" because "COVID hospitalizations have more than doubled over the past two weeks."

Avlon told CNN viewers, "Now Florida has broken its record for new daily cases and hospitalizations — higher than before vaccines were available…. In fact, Florida's got nearly 25 times the number of people hospitalized for COVID than in all of Canada. So, when Florida Rep. Matt Gaetz tells supporters this weekend that 'I've got the Florida variant, I've got the freedom variant, it affects the brain,' that's more of a self-own than he intended. And he's mocking his constituents, who are suffering from this very real disease."

Avlon also pointed out that 100% of Democrats serving in Congress have been vaccinated for COVID-19, while House Minority Leader Kevin McCarthy has "suggested" that about 80 House Republicans remain unvaccinated — and Gaetz refuses to share his vaccination status.

Avlon lamented, "It's never been clearer that hyperpartisanship is so self-deluding, so self-defeating and so deadly."