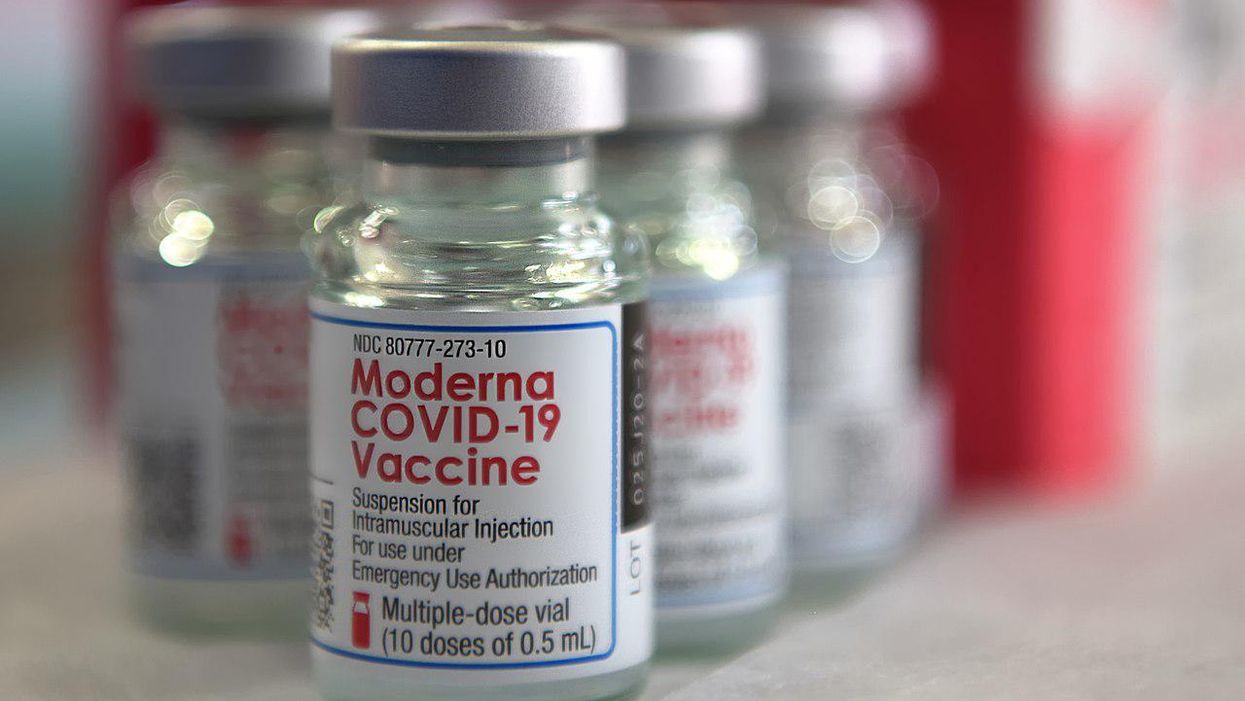 Rep. Marjorie Taylor Greene of Georgia and Rep. Lauren Boebert of Oklahoma aren't the only far-right MAGA Republicans who have equated encouraging vaccination for COVID-19 and the use of protective face masks with the practices of Nazi Germany. John R. Bennett, the white evangelical Christian fundamentalist who chairs the Oklahoma Republican Party, has made that comparison as well — and his comments were so offensive that even some fellow Republicans have called him out. Never Trump conservative Jim Swift takes a look at Bennett's antics in an article published by The Bulwark on August 3, arguing that Bennett is giving Allen West (former chairman of the Texas GOP) and Cyber Ninjas a run for their money in the extremism department.

In a July 30 Facebook post, Bennett claimed that private companies that are requiring their employees to receive COVID-19 vaccines are no different from Nazis who forced Jews to wear the yellow Star of David in Germany during the 1930s. Bennett wrote that Nazis "gave (Jews) a star to put on, and they couldn't go to the grocery store, they couldn't go out in public, they couldn't do anything without having that star on their shirt. Take away the star and add a vaccine passport."

Swift explains, "Bennett's request was rebuffed and condemned by Oklahoma Republicans. But he was undeterred: He released a video in which he doubled down, and then some."

In his six-minute video, Bennett slams expert immunologist Dr. Anthony Fauci for promoting COVID-19 vaccines and mask wearing and rambles about "communism and the vaccine mandates." Of course, no government officials in the United States are forcing vaccines on anyone. Fauci and President Joe Biden have aggressively encouraged Americans to get vaccinated, saying that that the more Americans get vaccinated for COVID-19 voluntarily, the sooner the U.S. will be able to achieve some type of herd immunity and start to get back to normal. But they aren't trying to force vaccines on anyone.

Describing the video, Swift writes that Bennett "rambles on about communism, Cuba, mask mandates, and mandated vaccinations. He is concerned about the idea of three-year-olds getting vaccinated — here, he name-checks Anthony Fauci, because, whatever — and seems blissfully unaware that three-year-old kids get lots of non-politicized vaccines."

After serving four terms in the Oklahoma House of Representatives, Bennett became a Pentecostal minister. And he became chairman of the Oklahoma GOP earlier this year. Bennett, Swift notes, has a very anti-Islam history. Bennett, in 2014, described Islam as "a cancer in our nation that needs to be cut out." And he described the Council on American Islamic Relations as a terrorist organization. In fact, Muslims in Oklahoma have feared that Bennett's viciously anti-Islam comments would lead to hate crimes against them.

"When Republican institutions go crazy in blue states," Swift writes, "it's blamed on the left — look what they have to put up with, the libs made them do it. And when Republican institutions go crazy in more evenly-divided states, like we've seen with Allen West in Texas, the explanation is that with the stakes being so high, Republicans need someone who will 'fight.' But Oklahoma is a solidly red state."

Swift continues, "Its legislature has 121 Republicans between the House and Senate and 28 Democrats. There are no stakes. The Republican Party in Oklahoma has the luxury to be whatever it wants to be. And it chooses to be John Bennett."