Biden gives a powerful response to critics as US leaves Afghanistan: 'Not going to extend this forever war' 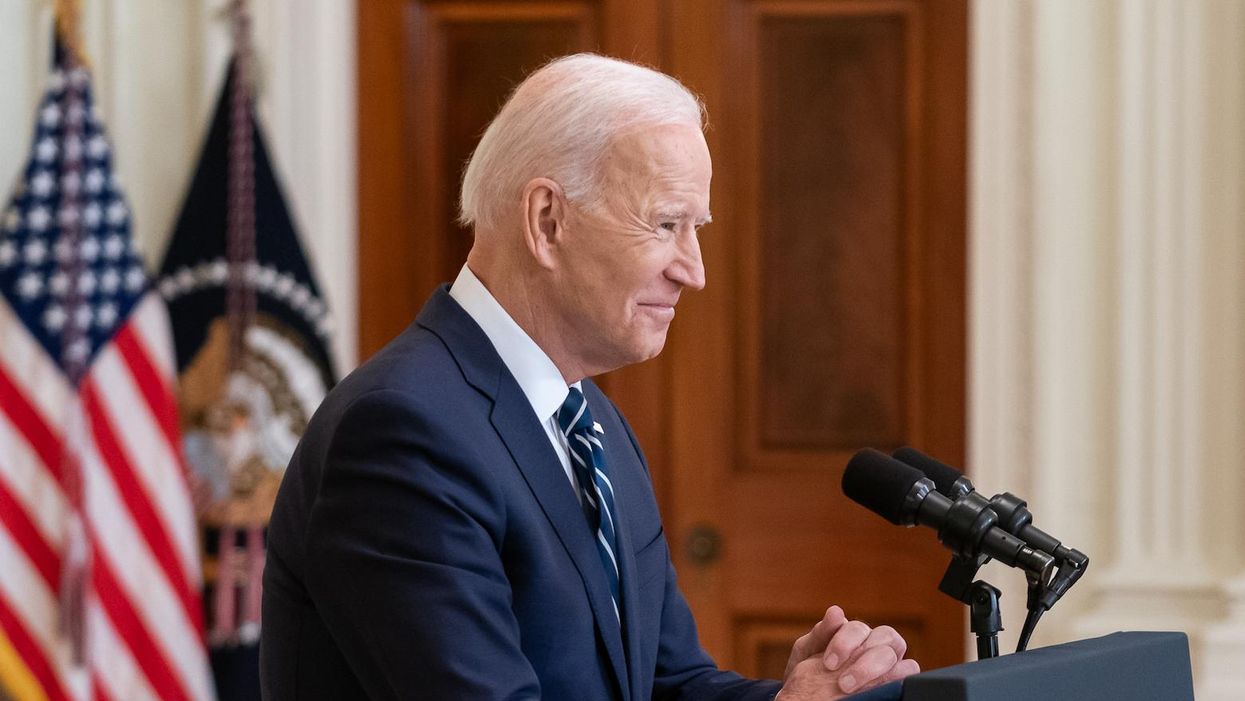 On Tuesday afternoon, President Joe Biden stepped in front of the cameras to address the nation on the end of the war in Afghanistan. Anyone who turned up the volume expecting Biden to be quietly introspective or spend this time in apologetic contemplation is now deeply regretting that decision, as Biden made what might be the boldest, least political decisions in recent American history — he told the truth, nothing but the truth, and the whole damned ugly truth when it came to ending this war.

A forceful, determined, and deadly serious Biden faced the camera and made it clear that what America has done in the last two decades was largely a mistake. The primary objective of the invasion, ending the haven for al Qaeda, was complete within weeks of the war's outset. The secondary objective, to kill Osama bin Laden, was completed over a decade ago.

This may be the first time that the nation got a speech that wasn't all about justifying the actions in Afghanistan—or any war, for that matter. Biden bluntly spelled out the cost in injuries, the cost in lives, and the incredible cost in dollars that came with every single day of an occupation that no one knew how to "win." Biden made it clear that the only choices he had were to ignore the deal made with the Taliban and go back into Afghanistan with tens of thousands of troops and no end in sight, or to leave as quickly and efficiently as possible.

And in the process, he delivered a solidly pro-military and anti-war speech, celebrating the soldiers for their sacrifice while making it clear that the point of all that sacrifice was not worth it. Biden's message was both strong and unflinching, "I was not going to extend this forever war, and I was not extending a forever exit," declared the President of the United States.

Throughout the speech, Biden repeated the same sets of facts driving home that the soldiers, diplomats, and intelligence teams on the ground had done outstanding work. They had given their all, and they deserve the nation's gratitude. The fault with Afghanistan was not in the military or Afghanistan; it was in Washington D.C., and with an American government that, having locked itself into an undefined task, couldn't find its way to a definitive end.

Until now. If there was any doubt, it has been removed. Joe Biden ended the U.S. war in Afghanistan. Decisively.

And then he took a big red marker and underlined exactly why in a way that may have been shocking to Americans who become accustomed to a soup of lies and platitudes. "To those asking for a third decade of war in Afghanistan, I ask, 'What is the vital national interest?'" said Biden. "I simply do not believe that the safety and security of America is enhanced by continuing to deploy thousands of American troops and spending billions of dollars in Afghanistan."

Biden was explicit in saying that the mission had started with a purpose but lost that purpose long ago, turning into something that could only generate endless expense in pursuit of an unattainable goal. "We saw a mission of counterterrorism in Afghanistan … morph into a mission of counterinsurgency, nation-building, trying to create a democratic and cohesive and united Afghanistan — something that has never been done in many centuries."

Where Republicans and media—and not just right-wing media—have been taking apart every aspect of the Afghan airlift and wearing out their keys for spelling "chaos" and "disaster," Biden praised all those involved and trumpeted the airlift as both an extraordinary success and another example of how everyone on the ground in Afghanistan had put their lives and hearts into making things right. Biden pushed back on all those who tried to treat the accomplishments of the airlift as anything less than a massive success and again lavished praise on both the military and diplomatic teams involved.

"We no longer had a clear purpose in an open-ended mission Afghanistan. I refuse to send another generation of America's sons and daughters to fight a war that should have ended long ago," said Biden. "After more than $2 trillion spent in Afghanistan … a cost estimated to be over $300 million a day for twenty years." To underline this astounding number, Biden hit it again. "Yes, the American people should hear this: $300 million a day for two decades."

"What have we lost as a consequence, in terms of opportunities?" asked Biden. "I refuse to continue a war that was no longer in the vital national interest of our people. And most of all, after 800,000 Americans serving in Afghanistan … after 20,744 American servicemen and women injured, and the loss of 2,461 American personnel—including 13 lives lost just this week—I refuse to open another decade of warfare in Afghanistan."

It's not a speech that's likely to get widely replayed. It wasn't a speech full of poetry. It didn't celebrate the glories of war or pound the drum of patriotism. But in many ways, it was the best and most important speech anyone has delivered since the war began. The only problem is that it's a decade too late.

Biden is being straighter with us about the costs of war in bodies and dollars than any president has been in 20 ye… https://t.co/Qw7DzorYvG
— The Rude Pundit (@The Rude Pundit) 1630439658.0