How schools can address their community’s deep trauma 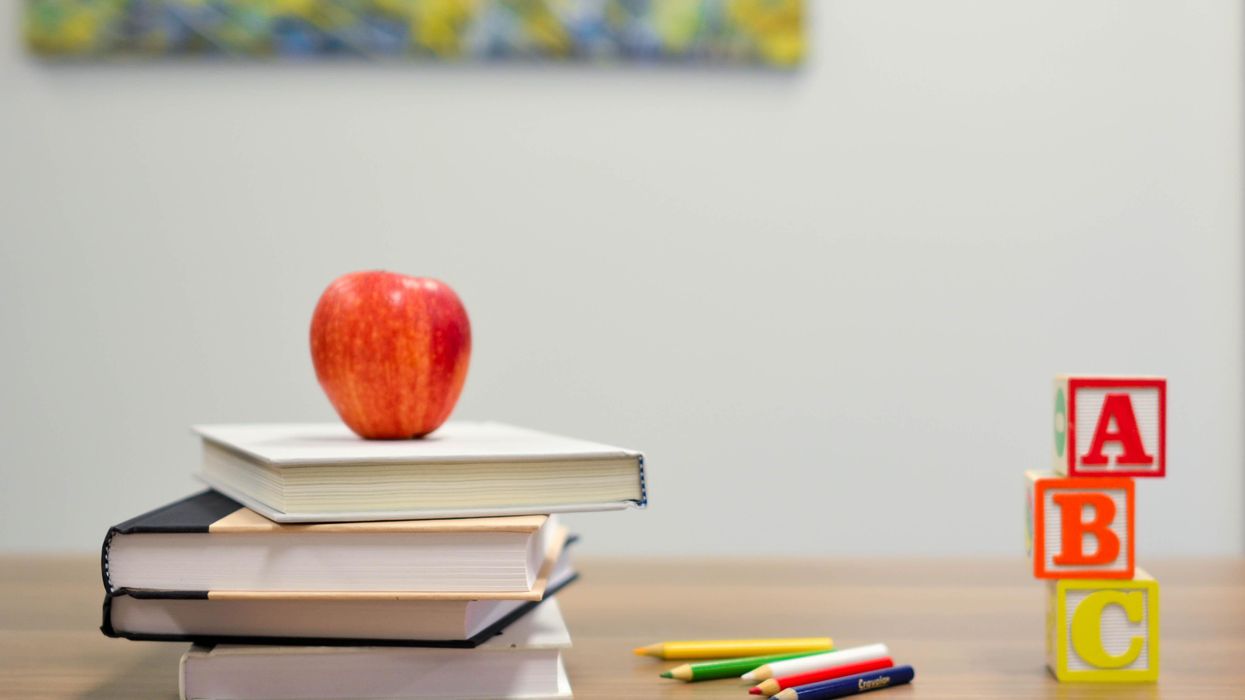 It's summer, and students from Brooklyn Center Community Schools, where he teaches, have been spending their days outside, learning about drones and other hands-on science and technology topics.

"They are seeing engineering coming to life," Goyah says happily, noting that the summer program he's part of is a way to help students re-engage in learning after the disruptions caused by COVID-19 shutdowns.

The summer school option has been brought to life with help from local partners that work alongside Brooklyn Center Community Schools, an approach that is standard practice for this suburban school district.

That's because the district operates under a full-service community school model and is structured around close collaboration between the school system and area resources. This includes not only support for summer school courses but also a whole range of on-site and community-based initiatives.

For Goyah, who says he is "absolutely looking forward" to returning to school in person this fall, the community school model in Brooklyn Center has been an enduring source of stability.

"As a teacher, I see the value in being a community school, and that's why I've stayed in Brooklyn Center for so long," he noted, as he embarks on his 10th year in the district.

The benefit of having a community-centered school dedicated to addressing more than just students' academic needs came into sharp focus in April 2021.

That's when a young Black man, Daunte Wright, was killed by a white police officer during a traffic stop in Brooklyn Center. Wright's death brought more trauma to a community that was already reeling from racial strife, particularly after the 2020 murder of George Floyd in nearby Minneapolis.

Thanks to the existing full-service model, Goyah recalls, Brooklyn Center school staff members and supporters were able to swiftly jump into action on behalf of community members who were struggling with Wright's killing and the unrest that followed.

What Full-Service Community Schools Are Especially Equipped to Do

Offering assistance in a time of crisis is something full-service community schools may be especially equipped to do. That's because they are intended to exist as a hub for the community, with a mission to serve students, staff, and families in a comprehensive manner.

This means districts such as Brooklyn Center, which adopted the model in 2009, provide much more than academic instruction to students.

Instead, Brooklyn Center schools partner with local providers in order to ensure students' needs, as well as those of the wider community, are being met as conveniently and quickly as possible.

In Goyah's view, the benefits of this model are numerous. It delivers a variety of services to students, staff, families, and the broader community, including appointments for mental health counseling, a physical, or an eye exam, for example, that can be scheduled during the school day.

Such access "removes barriers," he states, while pointing out that students in need of eyeglasses can get both the exam and the prescription filled at school, for free.

This expanded view of education is especially important considering the demographics of Brooklyn Center and its public school district. Nearly 75 percent of the 2,300 K-12 students who attend the schools in the district live in poverty, according to the federal criteria.

When Wright was killed in April, his death brought renewed attention to the challenges Brooklyn Center is facing, particularly in racial and economic terms. As National Public Radio reporter Becky Sullivan noted, it is Minnesota's "most diverse city," thanks in part to a steep and recent decline in the number of white residents.

While white and middle-class residents have moved away from Brooklyn Center—partially because decent-paying jobs have also left the area—immigrants and people living in poverty have moved in.

Sullivan's piece for NPR contains two stark data points: As the median income "dropped more than 16 percent from 2000 to 2018," the poverty rate "more than doubled since 2000."

This makes Brooklyn Center an ideal place for the kind of wraparound support that a full-service community school can provide, according to a 2019 report from the statewide teachers' union, Education Minnesota.

The report describes full-service community schools as an "educational equity-focused model that places the needs of students at the center of analysis and decision-making in school improvement."

The goal is to tackle the underlying causes of the disparities that show up in the classroom rather than focus more narrowly on students' academic needs, while also empowering community members to solve problems that are relevant to them.

An Alternative to Competition-Based School Reform

Such an approach bears little resemblance to the choice and competition-based school reform plans that have received extensive bipartisan support in recent decades.

Billions in federal taxpayer dollars have in fact been directed to the mostly unregulated charter school industry over the past 20 years, according to watchdog groups such as the Center for Media and Democracy, with the supposed goal of leveling the playing field for students from marginalized communities.

This flood of cash has led to numerous scandals in states such as Ohio and Arizona, where charter school operators have absconded with the public's money, leaving desperate communities in their wake.

Minnesota, where the nation's first charter school opened in 1991, has had its share of such scandals as well. Recently, it was revealed that a Saint Paul charter school called Hmong College Prep Academy lost nearly $5 million in taxpayer money after illegally investing millions in a New Jersey-based hedge fund.

Along the way, students and families have not been better served by the growing charter school industry, from the perspective of groups such as the NAACP and the Network for Public Education. Chicago-based education justice activist Jitu Brown addressed this issue at a forum on public education held in Pittsburgh during the lead-up to the 2020 presidential election.

With a list of Democratic presidential hopefuls in attendance, Brown referred to school choice as an "illusion" and instead advocated for "sustainable community schools" that provide a comprehensive, quality education for all children.

Serving the Community in a Time of Crisis

The idea that a school could function more as a community hub and less like an isolated outpost was put to the test shortly after Wright was killed on a Brooklyn Center street earlier this year.

Wright's death at the hands of a police officer occurred as the murder trial of former police officer Derek Chauvin was wrapping up just a few miles away, in downtown Minneapolis, for the killing of George Floyd in 2020.

Chauvin was eventually found guilty of murdering Floyd, and his trial, along with Wright's killing, put the entire Twin Cities metropolitan area on edge.

It also led to nightly protests at Brooklyn Center Police Department headquarters, which sits across the street from the city's high school campus. The clashes between police and protesters escalated quickly, thanks to an aggressive, militarized response from National Guard soldiers tasked with quashing unrest.

When the officers began firing flash-bangs and tear gas at the crowd, many Brooklyn Center families who live in the area suddenly found themselves in need of food, shelter, and comfort.

This crisis heightened both the ongoing challenges that area residents have been facing, especially in light of the COVID-19 pandemic, as well as the healing potential present in full-service community schools.

"Brooklyn Center is already a food desert," Goyah says, and so the community knew families would have an even harder time accessing groceries amid the ongoing protests.

Donations soon rolled in, allowing Goyah and his colleagues to distribute items such as diapers, Gatorade, food, and COVID-safe masks. Soon, a GoFundMe account that was started on behalf of the community had garnered more than $100,000 in cash donations.

Rhonda Johnson Marn works alongside Goyah at Brooklyn Center High School, where she will soon begin her 10th year as an English teacher. She agrees with Goyah that the district's full-service model made it much easier to serve the community in a time of crisis.

Getting resources to people in need wouldn't have happened "as quickly and efficiently had we not been a community school with existing relationships with organizations and businesses that could donate supplies, money, and time," she said.

One issue full-service community schools often face is a lack of sustainable funding, which Johnson Marn called a hindrance.

Recently, the Biden administration threw its weight behind this model by proposing more than $400 million in new funding to expand these schools. This represents a sharp turn away from the federal government's long-standing investment in school choice schemes that often pull students out of their community.

Now, with examples like that of Brooklyn Center, it is possible to see community schools as a source of support and strength, especially in times of crisis.

Not every school community is facing the kinds of challenges linked to systemic racism and poverty that Brooklyn Center has, of course. But it's certainly possible to see from the past year, when the pandemic forced many school districts to quickly pivot to distance learning, that no community really knows exactly when they'll need more support.

As a new school year begins,⁠ with ample evidence that teachers will need to address pandemic-caused trauma that has affected children and communities, the full-service community school model might just be worth a closer look.

This article was produced by Our Schools. Sarah Lahm is a Minneapolis-based writer and researcher. Her work has appeared in outlets such as the Progressive and In These Times. Follow her on Twitter @sarahrlahm.