'It's devastating': Unvaccinated woman thought she could 'escape' Covid – now she'll 'never be the same' 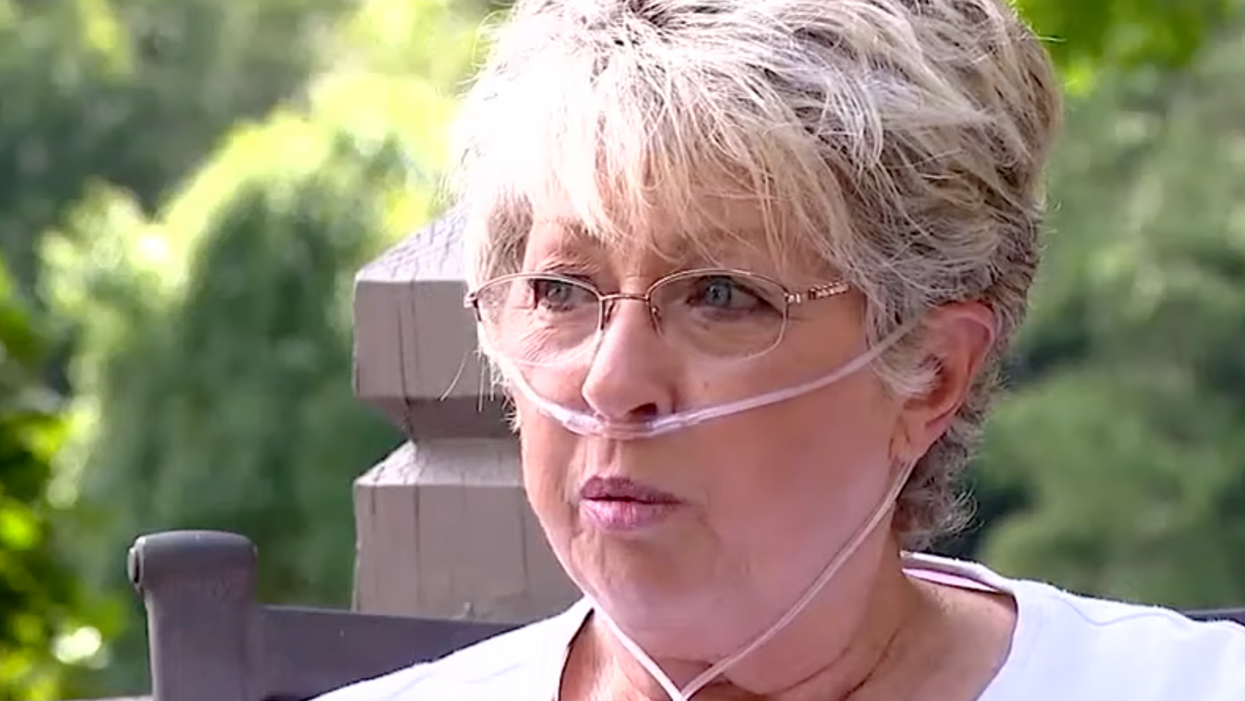 After a rough battle with COVID-19, a North Carolina woman who was unvaccinated is now urging people to get the shot, 13News reports.

"I thought I was healthy enough and that I could escape it," said Linda Edwards, who contracted the virus about three weeks ago. "Really, it was the most frightening thing I've ever been through in my life."

"It was devastating. I had no dreams of ever staying that long. It's the longest I've ever been in the hospital," she said of her two-week hospital stay. "I was there hoping and praying my son was okay here because he had tested positive, too."

Her son, Shane, had been airlifted to the same hospital she was staying in and was in the room right next to her, but doctors didn't tell her because they didn't want to worry her. Shane was a dire situation of his own, facing renal failure and acute respiratory distress syndrome (ARDS).

"They thought it would really bother me, and it would have because he was really serious," she said. "They said it's a miracle he walked out of there."

"It's changed my whole life. I'll never be the same," Edwards said. "I just thought if I live through this, I want to go on a mission to try to help people to see that it is not worth not taking the vaccine because of what it can do to your family. We could've easily have had two funerals."

Only 34% of the people in the county where Edwards lives are partially vaccinated, and 31% are fully vaccinated. According to Graham County Health Director Beth Booth, the vaccine hesitancy in the county "is almost taken to another level."

"We feed them the science and the information, but they still believe a certain way. A lot of the belief system out here is that it is still very political," Booth said.

As for Edwards, she says she'll be getting vaccinated as soon as she can.