Trump immediately bristles when Bill O'Reilly shatters his view of himself 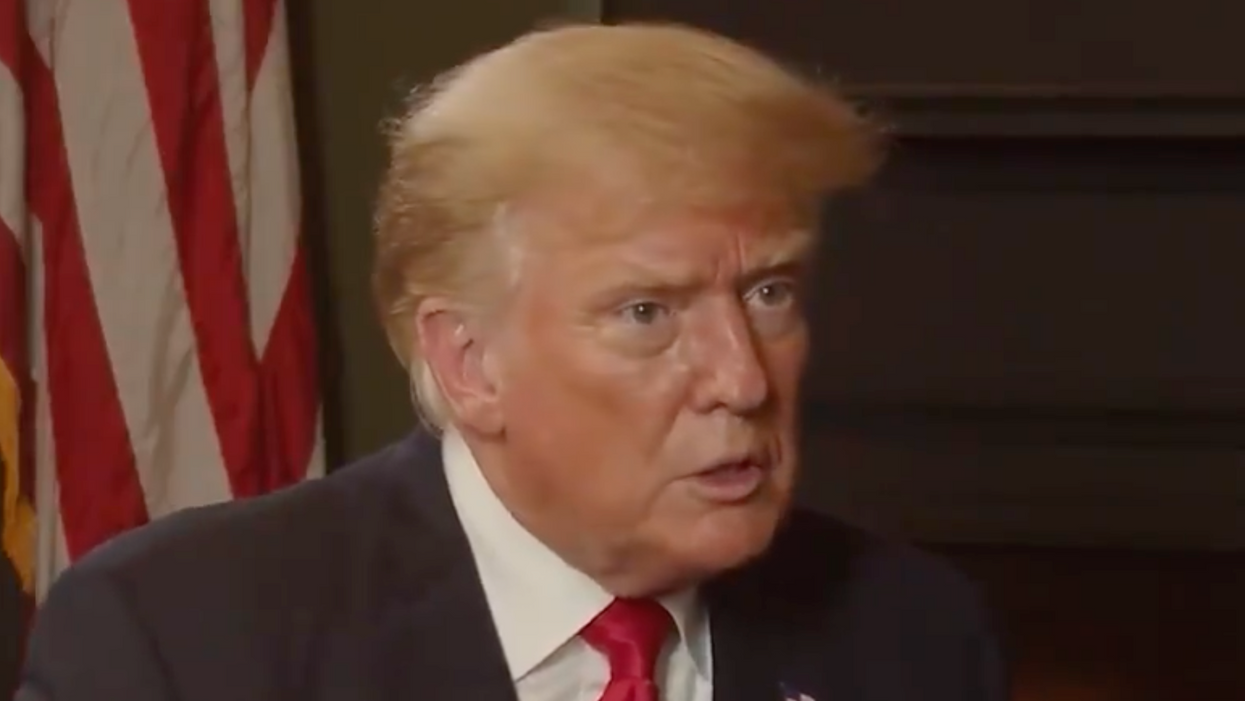 Donald Trump, the former president, gave a lengthy interview to Bill O'Reilly, telling the former Fox News host, "I think in the end I will be judged not necessarily for controversy but because of what we did."

O'Reilly had asked Trump, "How does it feel to be the most controversial president in history?"

Trump bristled at the question, refusing to agree to the accusation.

"I don't think I'm the most controversial," he insisted, unable to offer a name for which president was more controversial than he.

"I don't know, but I don't think I'm – look I did a good job. I did, I think a great job," he claimed, despite leaving office with a 34% approval rating, 400,000 Americans on January 20 dead from a pandemic he refused to control, and unemployment far higher than when he took office.

Instead, Trump touted his "biggest tax cuts in history," which is a false.

"If I didn't come up with a vaccine," Trump claimed, taking total credit for the coronavirus vaccine (there are 3 currently approved by the FDA under an emergency use authorization), despite one of the three having been developed without any government assistance.

"Somebody said the other day," Trump claimed they were a historian, "they don't know of any president that's done more," he claimed, not naming the historian or saying what he did was constructive or destructive.

"I think in the end I will be judged not necessarily for controversy but because of what we did."

"They'll know what you did," O'Reilly said.

Trump's family business and its CFO are currently facing a "15-count indictment alleging criminal tax fraud, conspiracy and falsifying business records," which he denounces, along with the Manhattan DA prosecuting the case, earlier in the clip.

.@BillOReilly asks President Trump about rising violent crime, the indictment of the Trump Organization, and his co… https://t.co/uh7UQDkrzw
— The First (@The First) 1625792861.0