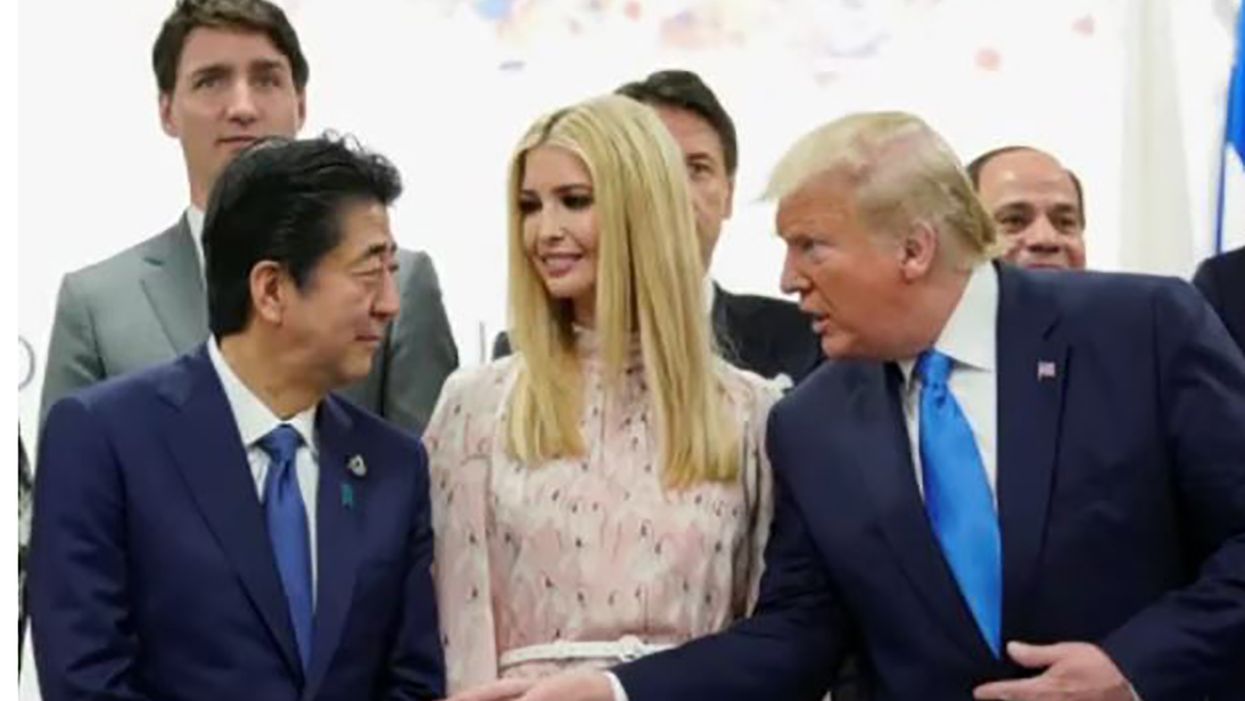 While the indictment filed against the Trump Organization and its chief financial officer (CFO) Allen Weisselberg does not include individual names of members of the Trump family, there is a strong possibility they could be headed for trouble as the investigation continues.

According to The Daily Beast, legal experts have weighed in to share their opinions of Weisselberg's indictment and what it could mean for the former president's adult children. Melissa Jampol, a former assistant U.S. attorney now practicing business law for Epstein Becker Green, explained how the jurisdictions will likely impact the direction of the case.

"Since this indictment is in a New York state court, prosecutors are allowed to name these companies, whereas in federal court they could not," Jampol told the publication. "Based on my experience, everything's in there for a reason."

Prosecutors have noted patterns of the companies "paying 'a substantial portion' of year-end bonuses to Weisselberg and "other executives" as if they weren't employees, but independent contractors."

David Sands, a partner at the accounting firm Buchbinder Tunick, explained to the publication why this leads to problems in the long run. "In general, if you work for a company, you get a W2 form for your taxes," Sands said. "Some companies try to skirt that by having a related company say, 'Oh that's not my employee, so give them a 1099 instead.'"

Then, there is the issue of what Eric Trump described as "fringe benefits." Despite Eric's attempt to wave off what most experts see as problematic, Ed McCaffrey, an expert in tax law and Trustee Chair in Law at the University of Southern California, argues otherwise.

"The section about the bonuses may have at first seemed like a small deal compared to some of the other charges, but it could actually be one of the keys," said McCaffrey.

"That establishes a pattern," he continued. "A one-off may not normally draw government attention. But this is year-in and year-out tax fraud over decades, across the organization."

He also weighed in on a hypothetical situation adding that "if the whole organization were 'infected' with 'tax-evasion fever,' and if prosecutors could establish that picture, it would be easier to climb the net to other executives."

"The question here is, what's the exposure to the executives on the organization side," he noted.

The publication also offers a number of examples that explain how the organization may have "blurred business lines" which could subsequently incriminate his adult children.

One of those two golf courses, Trump National in Los Angeles, happens to be under investigation by James' office for possible tax fraud. Prosecutors also called out Trump Productions LLC, the ex-president's media company which produced the Trump-hosted game show The Apprentice. Both Eric and Donald Trump Jr. served as advisers on that series.

However, there is one hurdle prosecutors may face in trying to hold specific members of the Trump family accountable for what has allegedly transpired. "That's the weakest link: Who at the organization can be held criminally responsible?" McCaffrey said. "That, I think, is gonna be the toughest thing. Some executives may try to take the 'ostrich defense,' say their heads were in the sand."