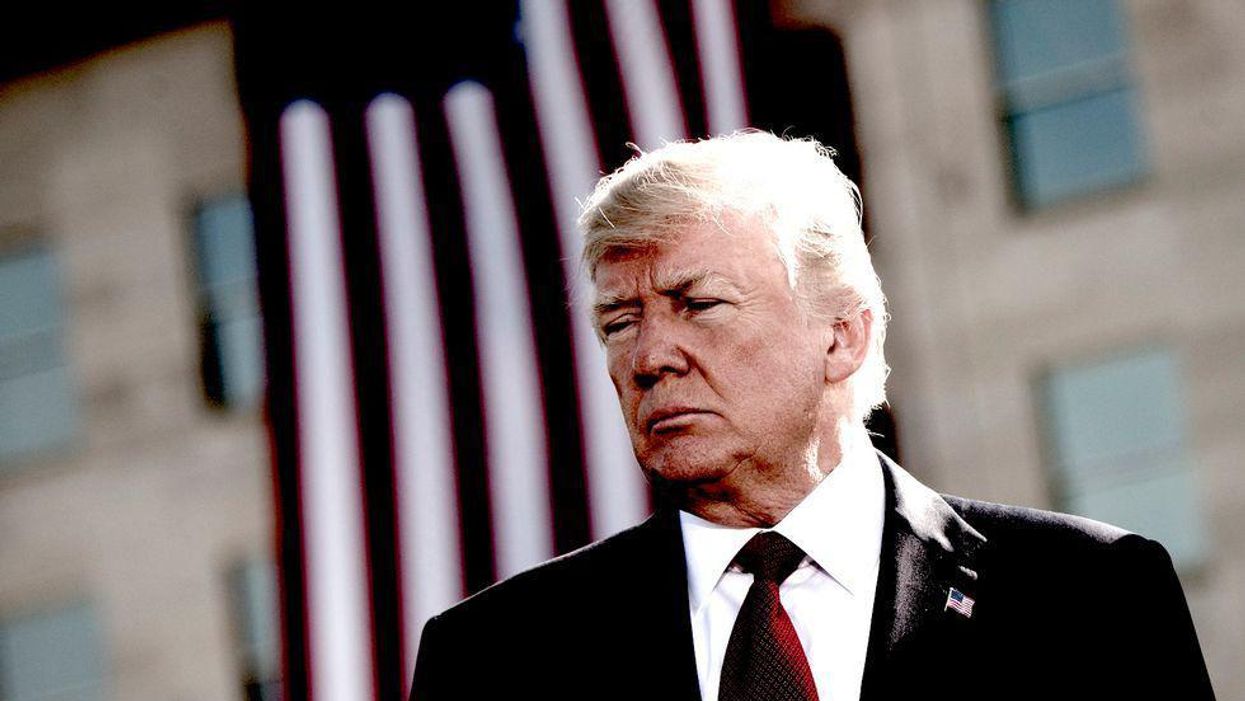 President Donald Trump pauses during the 9/11 Observance Ceremony at the Pentagon in Washington, D.C., Sept. 11, 2017. During the Sept. 11, 2001, attacks, 184 people were killed at the Pentagon. To the left is first lady Melania Trump, and to the right are Secretary of Defense Jim Mattis and Chairman of the Joint Chiefs of Staff Gen. Joseph Dunford. (DOD photo by Navy Petty Officer 1st Class Dominique A. Pineiro)
Meaghan Ellis
July 02, 2021

Since the 2020 presidential election, conservative news outlets have been popping up in droves to continue circulating former President Donald Trump's big lie about the election.

While the publication appears to be just a local news outlet, NPR reports that it is actually flagship of a news syndicate, known as The Star News Network, which consists of several pro-Trump sites. Like The Georgia Star News, the network has created similar sites for states like Arizona, Ohio, and Florida.

"Its part of the Star News Network - an expanding network of pro-Trump sites seeking to influence local politics with conservative opinion by mimicking the look and feel of local newspaper sites. The group operates eight state-focused news sites, including in key Electoral College states such as Michigan, Arizona, Ohio and Florida."

By focusing on states where Trump is still heavily favored among voters, the network can continue to circulate misinformation since the audience is still focused on what transpired during and after the election.

During a rally in Ohio Las weekend, Trump also added more fuel to the fire with more dangerous claims of voter fraud.

"The biggest tragedy of all is millions of Americans have lost confidence in their vote," Trump said." We can't let that happen. And that's why I say you have to know what took place in 2020 before you can vote in 2022 or 2024."

"We work very hard to fund our operation through legitimate advertising of all kinds, people that want to reach our expanding audience," he said. "And if somebody needs to reach informed, motivated readers that want the truth, advertising is a great opportunity for them, is a great [return on investment] potential."