The Supreme Court is poised to radically expand the Second Amendment 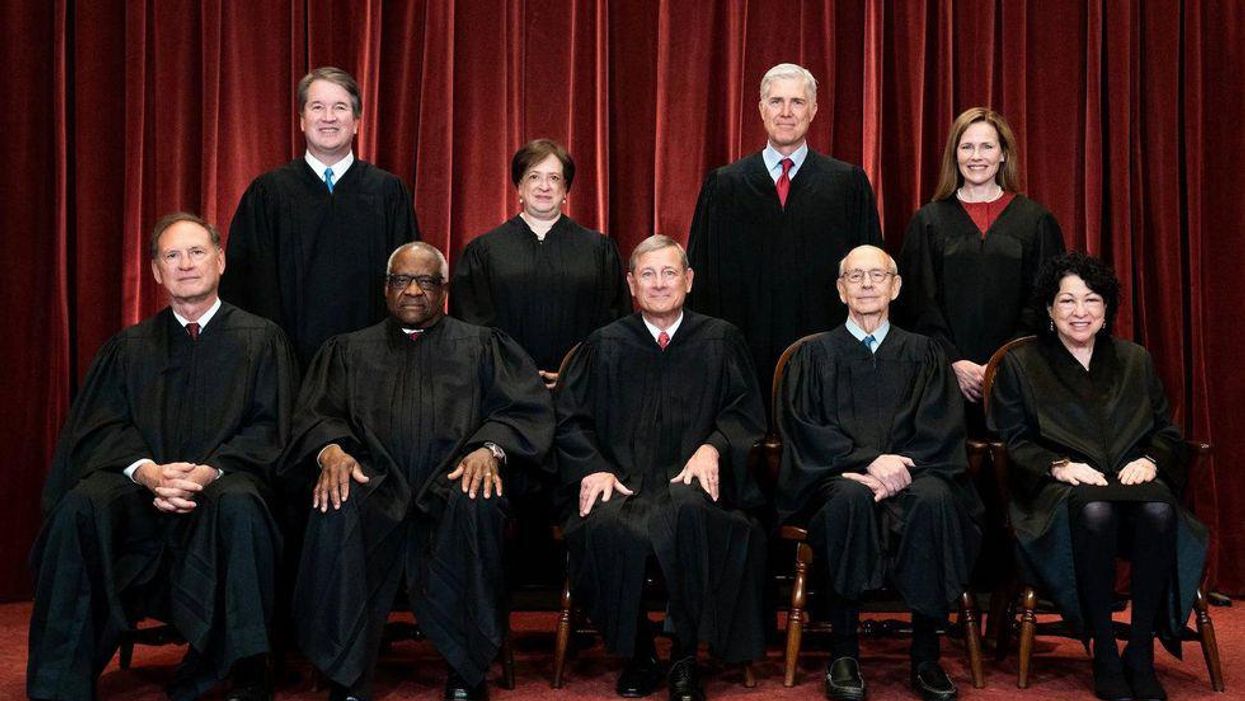 This story was first published at The Progressive.

The United States is locked and loaded. This nation has more guns than people and, not surprisingly, an appalling level of gun violence.

The gun homicide rate in the United States is nearly eight times higher than the rate in Canada, and a whopping 100 times higher than in Britain. This year is shaping up to be particularly horrific. As of July 10, the United States had recorded more than 23,200 deaths from firearms, counting both suicides and unlawful killings, according to the Washington, D.C.-based Gun Violence Archive. We also have had more than 340 mass shootings (defined as an event involving four or more victims).

In any sane democracy, one might expect the highest court in the land to step in and do something to uphold sensible gun-control regulations when given the opportunity. But in fact, our Supreme Court is poised to do just the opposite in a case it will hear next fall.

The case is New York State Pistol Association v. Corlett. It was brought by two individuals and the state affiliate of the National Rifle Association to overturn a New York law that places strict limits on the issuance of concealed weapons permits.

Under New York's regulatory scheme, people seeking such permits are required to demonstrate a special need for protection—"proper cause" in the words of the statute—to qualify. The NRA contends the law violates the Second Amendment. It wants even more guns on our streets and in our communities.

After losing in the lower courts, the plaintiffs appealed to the Supreme Court, where they are considered likely to prevail. With the addition of three Trump appointees—Neil Gorsuch, Brett Kavanaugh, and Amy Coney Barrett—conservatives now hold a solid 6-3 majority on our most powerful judicial body. No longer constrained by the need for caution and compromise, they are set to dramatically extend gun rights under the Second Amendment.

It's worth remembering, as we prepare for the onslaught, that the Supreme Court wasn't always a friendly venue for the NRA and the gun-rights lobby. To the contrary, prior to the court's landmark 2008 ruling in District of Columbia v. Heller, the great weight of academic scholarship as well as the court's 1939 decision in United States v. Miller had construed the Second Amendment, in keeping with the actual debates of the Constitutional Convention, as protecting gun ownership only in connection with service in long-since antiquated state militias.

Heller stood the prior consensus on its head, courtesy of the controversial 5-4 majority opinion in the case authored by the conservative fanatic Antonin Scalia. Scalia's perspective emerged victorious, but not without an intense struggle inside the court. As Justice John Paul Stevens, joined by three of his colleagues, wrote in dissent:

The Second Amendment was adopted to protect the right of the people of each of the several States to maintain a well-regulated militia. It was a response to concerns raised during the ratification of the Constitution that the power of Congress to disarm the state militias and create a national standing army posed an intolerable threat to the sovereignty of the several States. Neither the text of the Amendment nor the arguments advanced by its proponents evidenced the slightest interest in limiting any legislature's authority to regulate private civilian uses of firearms.

In 2010, the court issued another 5-4 decision in McDonald v. Chicago, which extended Heller, holding that the individual right to bear arms is "incorporated" by the Fourteenth Amendment's due process clause and is therefore applicable to the states and local governments. The Second Amendment, as interpreted by Scalia, thus became the law of the land. The amendment has since been elevated in rightwing circles to the status of holy writ.

Both Scalia and Stevens have since passed, but the clashing views they espoused on the Second Amendment have endured, even as the United States careens from one blood-stained catastrophe to the next, from the March 16 spa shootings in Atlanta, Georgia, which claimed eight lives; to the May 26 slayings in San Jose, California, in which ten people died; and the July 4 incident in Toledo, Ohio, in which one person was killed and eleven others were wounded.

Although Heller and McDonald were the products of extreme rightwing judicial activism, they were technically limited in scope, as they dealt with the right to keep guns in the home. Ever since those cases were decided, however, gun-rights groups have worked to bring a new test case to the Supreme Court to extend the right to bear arms beyond the home. They almost succeeded last year in another case from New York, but that appeal was ultimately dismissed.

Now, they have another vehicle in Corlett, which could well remove the last remaining judicial guardrails on the Second Amendment.

Woe to us all if that happens.