Young adults are getting vaccinated behind their QAnon parents' backs 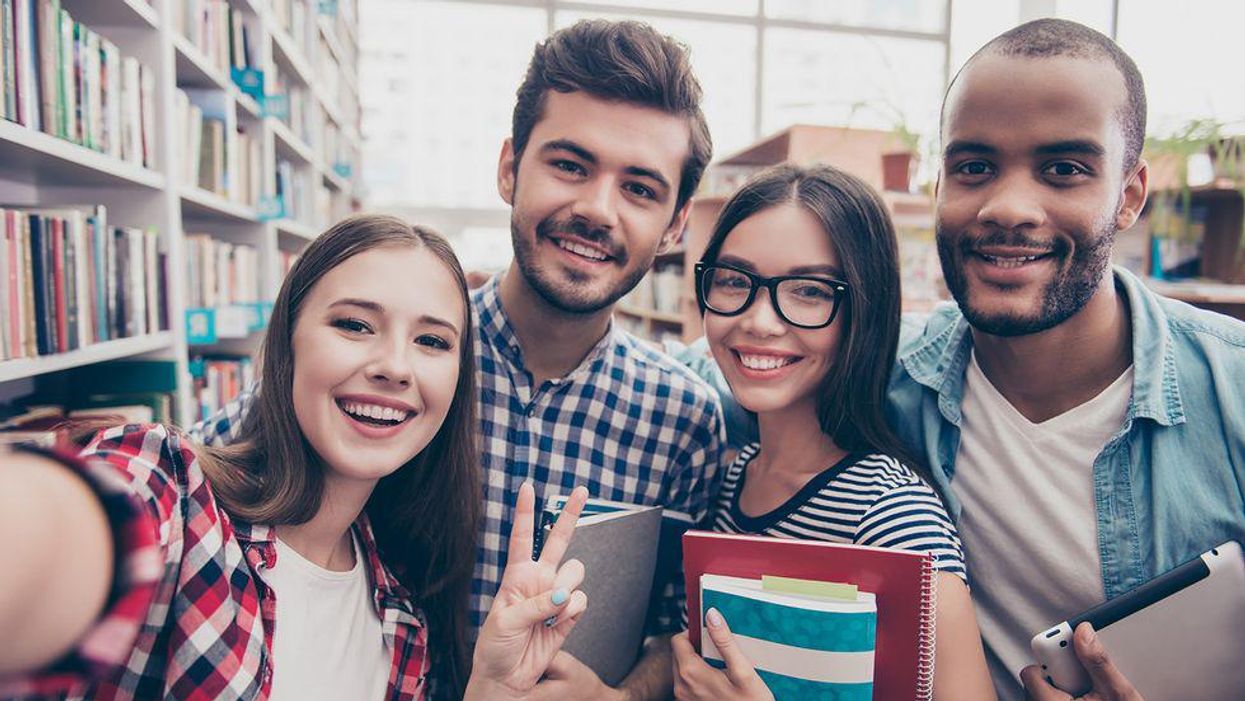 Image via Shutterstock.
Here are the incredible things that happen when community college is free
Meaghan Ellis
July 21, 2021

As the federal government continues to face challenges with getting Americans vaccinated, one age group has been particularly harder to convince to get vaccinated: young adults in their 20s.

However, there are a few who have opted to take matters into their own hands and get the job done. Slate magazine recently highlignted an array of different accounts from young adults getting vaccinated despite living with anti-vaccination parents.

One of the young adults featured was only identified as Ariel, a young adult living at home with her parents while on break from college for the summer. Since her parents reportedly believe that the COVID-19 vaccine is "a way for the government to control the population by reducing fertility, her parents are completely against taking the jab.

However, Ariel held different beliefs about the vaccine. So she opted to get the series of shots in secret. "I almost was caught," she recalled. "Getting the shot took quite some time and adding on the time to groceries made my trip seem extremely long."

Ariel admitted that she did manage to successfully get the first dose of the vaccine with no issues. By simply making excuses to run errands, she was able to cover her tracks. However, the second dose was a bit more challenging to disguise.

During her discussion with Slate, she admitted to facing noticeable side effects from the second dose.

"I first felt nauseous, then I got a fever, followed by fatigue and the next day around 3 a.m. severe chills. These were the worst chills I ever felt. I could not get warm and believed I would need to go to the hospital soon," Ariel said. "I had to pretend the rest of the day by sticking to my usual routine, which was completely awful."

Another young adult featured was "Jordan" of Montreal, Quebec. Surrounded by parents who had subscribed to the bizarre QAnon belief system, Jordan managed to find a glimmer of light so he could make his own decisions: a Reddit group called QAnon Casualties.

"It was very good for me to see the vaccine reasoning from other QAnon casualties," Jordan said. "I saw the courage some people had to defy their family or significant other and to do their duty."

Although he is vaccinated now, he admitted that he initially stayed away from the series of shots to avoid lying to his parents or being forced into uncomfortable discussions about his decision.

A host of other young adults also faced challenges similar to Ariel and Jordan often hraring their parents regurgitate the unfounded claims of former President Donald Trump, Fox News host Tucker Carlson, and some of the willd QAnon conspiracy theories.

While these young adults have managed to distance from all the misinformation circulating across the country, there is still a substantial number of Americans who are still apprehensive despite the latest surge in COVID cases among unvaccinated individuals.