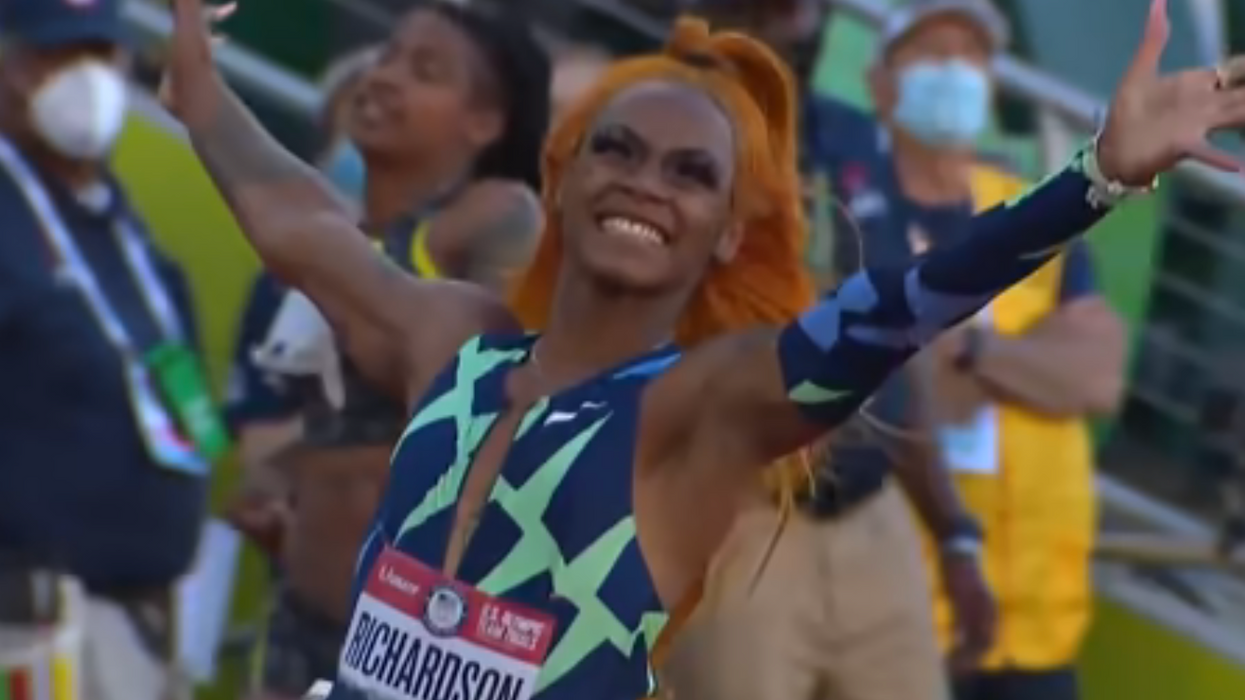 American track and field star Sha'Carri Richardson will be sitting out the Tokyo Olympics this year. She tested positive for THC, the active ingredient in cannabis, after a record-breaking 100-meter dash at the tryout for the US Olympic team.

Richardson told NBC she used drug a few days before her tryout, to cope with the sudden death of her biological mother, which she was shocked to learn about from a reporter during an interview. Recreational cannabis is legal in Oregon, where the tryouts were held. Richardson was not under the influence when she set the record, and even if she had been, there's no evidence that THC helps anyone run faster.

The World Anti-Doping Agency should stop policing drug use outside of competition. It's none of their business what athletes are doing unless it's giving them an illicit advantage.

The World Anti-Doping Agency (WADA), the watchdog of drugs in sport, doesn't pretend cannabis is a performance-enhancing drug. WADA bans cannabis because it is allegedly "frequently abused in society outside of the context of sport." Setting aside the dubious assertion that cannabis is "frequently abused," WADA is straying from its lane. Its stated mission is to get rid of doping, i.e., drug-facilitated cheating. Which raises the question: Why is a watchdog policing drug use that, by its own admission, is not performance-enhancing? The answer is the racist history of cannabis prohibition.

Dr. Michael Joyner, a physician and researcher on exercise physiology at the Mayo Clinic in Minnesota, who reviewed the evidence on cannabis and athletic performance for NPR, described WADA's THC prohibition as a "reefer madness sort of holdover."

Some have argued that Sha'Carri Richardson can't possibly be a victim of racism because the rule applies to all athletes. That, however, raises the question of why cannabis is stigmatized at all. Why is this benign plant still federally prohibited, illegal for recreational use in all but 18 states and banned in international sports?

Cannabis didn't become a topic of widespread social concern in the United States until 1910 when migrants fleeing the Mexican Revolution brought with them a thriving cannabis culture. Recreational cannabis use existed in the US before the arrival of these migrants, of course, but the practice was not yet widespread. It was racism that recast the plant as a threat. Suddenly, the most visible cannabis users in the US weren't elites like future US Secretary of State John Hay, but poor Mexican farm workers.

Predictably, respectable white Americans projected their fears and biases against a vulnerable minority onto the drug. It was perfectly circular racism: Mexicans were bad, so cannabis was bad. And Mexicans were bad because they supposedly used so much bad cannabis. This perfectly vicious cycle of racism repeated itself with other minorities and other drugs throughout the 20th century and continues to this day.

Newspapers printed lurid stories of immigrants going on stabbing sprees supposedly fueled by marijuana. In the American West, some farm workers cultivated and sold cannabis to augment their meager wages. Some did well enough to get a toehold in the middle class, and even buy land. Which, in the minds of the white elite, was not supposed to happen. The barons of US agriculture embraced Mexican migrants as a source of cheap labor for nascent industrial-scale farming because they assumed that Mexicans would remain a permanent underclass and wouldn't transition to farm ownership the way previous waves of immigrants from Europe had done.

By the time cannabis was federally regulated 1937, all states had moved to regulate the drug. Some of these laws were motivated by Progressive Era enthusiasm for clean living through bureaucracy, but many were justified in explicitly racist terms.

At first, the early cannabis growers sold mostly to their fellow farm workers, but by the 1920s, the market widened to include increasing numbers of white people, which only exacerbated the moral panic. The popularity of cannabis in the predominantly Black jazz community, at a time when jazz defined popular music, only stoked white prejudices and fears about "race-mixing" and the potential corruption of white youth.

Black people have disproportionately borne the brunt of it all. Drug prohibition is a pretext for large-scale surveillance, criminalization, disenfranchisement, incarceration and other forms of state violence against people of color in general, and Black people in particular. Black people are nearly four times more likely to be arrested for cannabis offenses than whites, despite the two groups consuming the drug at similar rates.

Sha'Carri Richardson was a favorite to win Olympic gold in the 100 meters, but her dreams were dashed because of a policy rooted in racism and respectability politics rather than science or common sense. This 21-year-old woman was able to set aside her grief and give the performance of a lifetime on the track, finishing in under 11 seconds, but her achievement will be stricken from the record books because of outdated and irrational prejudice. It's time for the World Anti-Doping Agency to stop policing drug use outside of competition. It's none of their business what athletes are doing unless it's giving them an illicit advantage, which cannabis clearly is not.