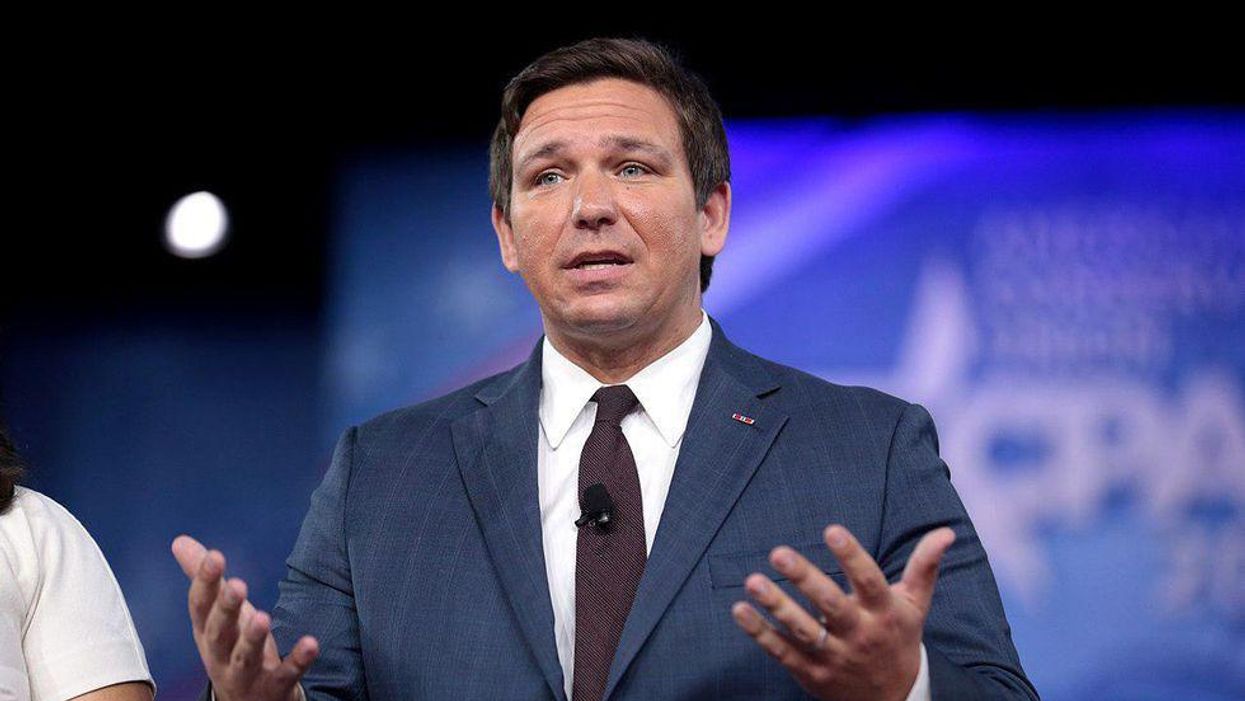 Florida Gov. Ron DeSantis' (R) office is denying reports about him clashing with former President Donald Trump over his scheduled plan to hold a rally in Sarasota, Fla., amid the deadly Surfside building collapse.

The claim was initially reported by The Washington Examiner. The publication noted reported: "DeSantis's office has "made a direct plea" to the former president's team, calling on it to postpone the Saturday event in Sarasota. One Florida Republican bluntly said Trump and his team need to 'read the room.'"

An inside source also said, "The governor is getting tested here as to how far he's going to be pushed before he breaks ranks with President Trump. And he has to be very careful because this is Trump country. The base loves the president. But they equally love Ron. It's a showdown going on right now."

According to the publication, that was a plea that Trump rejected. However, DeSantis' office is now denying the feud as local authorities continue the search for missing residents at the 12-story Surfside, Fla., condo tower. In wake of the continued search, DeSantis' office addressed the claims about his alleged clash with the former president. The office has denied that he attempted to stop Trump's rally.

"Governor DeSantis is focusing on his duties as Governor and the tragedy in Surfside, and has never suggested or requested that events planned in different parts of Florida — from the Stanley Cup finals to President Trump's rally — should be canceled," the statement said.

The office added, "He wants all Floridians to enjoy the holiday weekend and celebrate Independence Day however they choose, while keeping the Surfside families and first responders in their prayers."

In a statement to The Hill, DeSantis' press secretary Christina Pushaw also released a statement confirming that he will not be attending the Trump rally in Sarasota.

"We can confirm that the Governor will not attend the rally in Sarasota. He spoke with President Trump, who agreed that this was the right decision, as the Governor's duty is to be in Surfside making sure the families and community have what they need in the aftermath of the tragic building collapse," Pushaw said.

She added, "Governor DeSantis would have gone to this event in normal circumstances. He is sure the rally will draw a big crowd on this holiday weekend, as many Floridians are excited to attend."