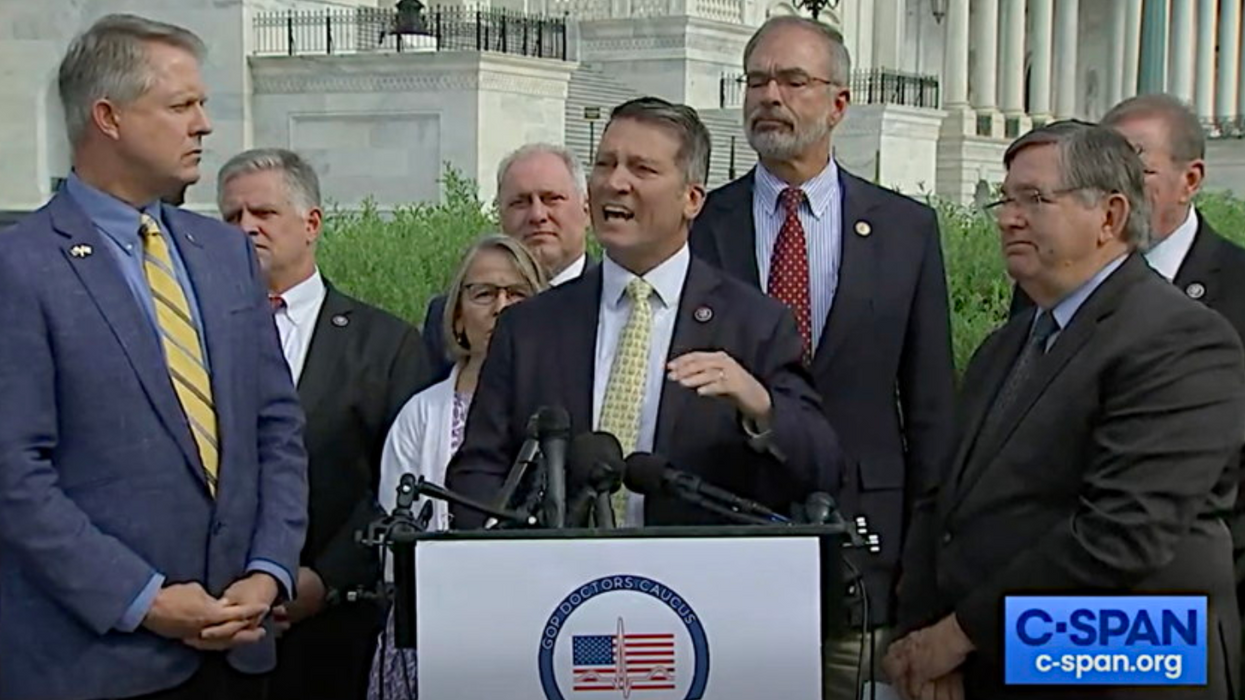 U.S. Rep. Ronny Jackson (R-TX) is demanding the media hold the Democrats' "feet to the fire" and find out "how many" Democrats in the House and Senate "are willing to say whether or not they've been vaccinated?"

When told by a reporter every Democrat in the House and Senate is fully vaccinated, Jackson wanted "evidence."

The press, especially CNN, has kept a running tally for months of every member of the House and Senate and their vaccination status.

"Democratic lawmakers in both chambers of Congress have a 100% vaccination rate against Covid-19," CNN reported May 14, "significantly outpacing Republicans in the House and Senate and illustrating the partisan divide over the pandemic."

"One hundred and twelve Republican offices did not respond to multiple CNN inquires."

Jackson also asked if there is any "evidence" that Democrats have all been vaccinated against the coronavirus. Republicans have waged war on requiring vaccination or proof of vaccination for any reason, even for members of the military or other government workers, or members of Congress.

Rep. Marjorie Taylor Greene (R-GA) has repeatedly lied when asked, claiming reporters who ask are violating her HIPAA rights, which is false.

Jackson, who is former White House Physician to the President Dr. Ronny Jackson, also insisted the Texas state lawmakers who flew to D.C. to block voter suppression legislation could not all have been vaccinated, after six tested positive for the coronavirus.

Rep. Ronny Jackson, during a GOP doctors presser: “You as the press have a responsibility to ask questions of the D… https://t.co/UfFGh0HKaS
— Andrew Solender (@Andrew Solender) 1626963134.0