There's a big, dangerous loophole in our presidential elections — and these lawmakers want to fix it 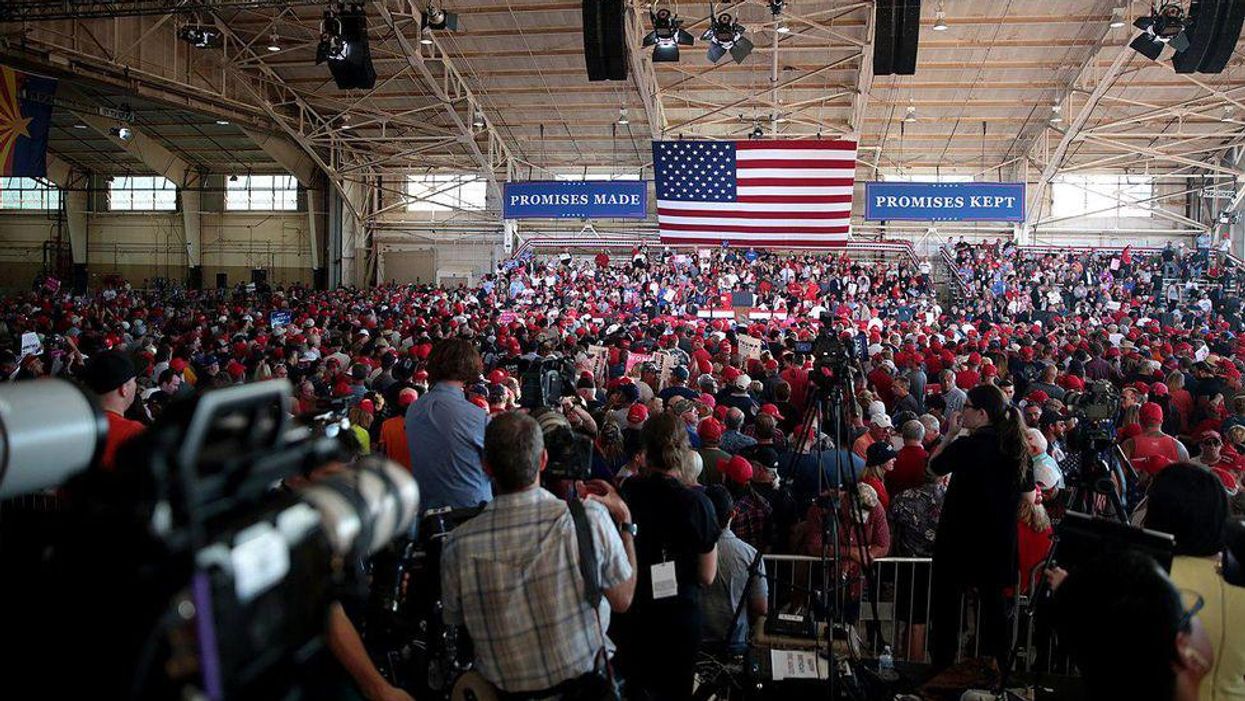 When election season rolls around, most Americans are aware of the typical process: ballots are cast, a winner is declared, each state certifies their vote, and then the Electoral College affirms the win. However, there is one dangerous loophole in that process, and now lawmakers are making a bipartisan effort to resolve the issue.

The bill aims to address a possible "doomsday scenario" that currently has no constitutional solution. The question is: What happens if a presidential candidate dies shortly before the general election?

While it's a scenario the United States has never been faced with during a presidential race, that does not mean it cannot occur in the future. We actually came perilously close to such a crisis in October 2020, when former President Donald Trump was hospitalized with COVID-19, a deadly infection. Recent reports suggest his illness was even worse than was publicly known at the time.

But if Trump had died, no one knows what would have happened — it would have been legal chaos. Millions of early votes in the presidential election had already been cast across the country, and every state has its own rules about what happens when a candidate dies. One might assume the Electoral College would just either select Joe Biden for president if he won, or Mike Pence as a replacement for Trump if he had won. But since it's a legally unprecedented scenario, there's no telling what different actors might have tried and how the situation would've been resolved.

The lawmakers are looking to create a path toward a solution.

"Really important [Rep. Davis] & [Rep. Spanberger] proposal: Replacing a presidential candidate who dies before Election," Kane's tweet read. "It's a doomsday scenario, as all states have their own laws about how & when candidates can be replaced on ballot."

Kane also highlighted a number of similar scenarios that happened in 2000 involving political candidates who passed away shortly before elections. He also noted how the outcome would be if something like this were to occur during a presidential election.

"In 2000, Carnahan died 3+ weeks before the election & Mizzou law mandated he stay on ballot for Senate. In 2002, Wellstone died 11 days before Senate race, MN law mandated his name be replaced on ballot. If this happens in presidential race, it's chaos. Each state is different."

The piece of legislation created is centered around the proposed act dubbed the SOLVE Act which stands for ''Solving an Overlooked 5 Loophole in Votes for Executives." It aims "to establish a panel of constitutional experts to recommend to Congress an appropriate process for providing for the case of the death of a candidate in a contingent presidential or vice-presidential election."

The bill would establish a "panel" of six constitutional experts. Their purpose would be to "recommend to Congress model legislation, which shall provide for an appropriate process, pursuant to section 4 of the Twentieth Amendment to the United States Constitution, to resolve any vacancy created by the death of a candidate in a contingent presidential or vice-presidential election."

The plan is basically to have a group of experts come up with a real plan to address the doomsday scenario. Because the situation involves complex constitution and state law questions, there's not necessarily a simple fix. But the new legislation would put us on the path to finding a solution.