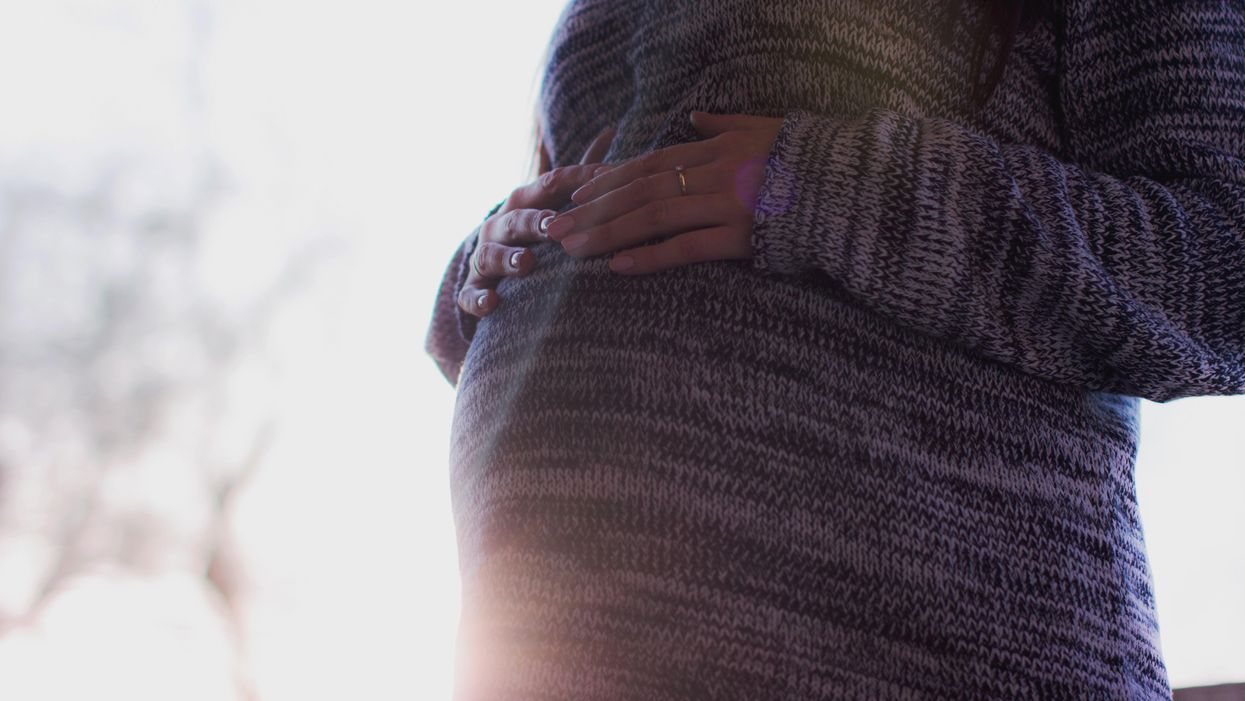 Kim Blalock's spine is a mess. At 36, the Alabama mom is battling a degenerative disc disease as well as arthritis and chronic complications from back surgery. Two months before she got pregnant with her sixth child, a car crash compounded her agony.

Now she has been indicted on a felony charge because, when she was eight months' pregnant, she refilled a legitimate opioid prescription to treat her crippling pain. If Blalock were to be convicted, her case could set a dire precedent, not only for pregnant people, but for anyone seeking a prescription for a controlled substance in the state.

Blalock says her orthopedist never asked if she were pregnant when she came in to refill her hydrocodone prescription, which she'd had for years. Weeks later, she gave birth to a baby boy with no sign of neonatal abstinence syndrome. A positive drug screen, however, triggered an investigation. Investigators confirmed Blalock had a valid prescription. A pill count proved she'd been taking her medication as prescribed.

Then, in a move that appears to be calculated to evade provisions of Alabama's chemical endangerment law that are carved out for pregnant women taking legitimately prescribed medication, Lauderdale County District Attorney Chris Connolly charged Blalock with unlawful possession of a controlled substance.

You may be wondering how someone who filled a legitimate prescription for a real medical condition could end up possessing those drugs unlawfully. You're right to wonder. The law concerns itself with people who get prescriptions for controlled substances by "fraud, deceit, misrepresentation, or subterfuge or by the alteration of a prescription or written order or by the concealment of a material fact or by the use of a false name or giving a false address." In lay terms, the law applies to people who pull some kind of scam, including using fake names, faking symptoms, doctor-shopping or altering scripts to trick pharmacists into doling out more than doctors order.

The DA is arguing that the fact that Blalock didn't volunteer that she was pregnant counts as concealing material information and that makes her guilty. Logically, not volunteering information is not the same as concealing it. And maybe at eight months along, Blalock assumed it was obvious from her appearance that she was pregnant. But how is a patient supposed to anticipate and volunteer all the information a doctor might need to decide whether to prescribe a controlled substance?

"According to the prosecutor's theory of this case, women must know the moment they become pregnant and announce it to all—or face possible criminal charges," wrote Lynn Paltrow in an email to the Editorial Board. Paltrow is the executive director of National Advocates for Pregnant Women, the legal nonprofit representing Blalock.

This level of overreach would be comical if it weren't so dangerous. Here's a lawyer who thinks he knows what an orthopedic surgeon would have done if he'd known his patient were pregnant. That the doctor didn't ask suggests pregnancy was not an important factor in his decision to prescribe the medication. If he should have asked and failed to do so, that would make Blalock a victim of oversight, not a criminal.

It's hardly a foregone conclusion that the doctor would have acted differently. Doctors sometimes prescribe opioids to pregnant people. After all, they can suffer same as anyone else, and pregnancy itself can cause painful complications. One analysis of the insurance claims of nearly a million pregnant women over a 15-year period found that about 12 percent of them got at least one opioid prescription during the later part of their pregnancy. And that's just opioids. The percentage would be even higher if you counted prescriptions for all controlled substances at all stages of pregnancy.

Blalock's lawyers at NAPW filed a motion to dismiss the indictment. NAPW argues the legislature never intended for the unlawful possession law to apply to pregnant women taking prescribed medication. The motion argues that there's no textual or historical evidence that lawmakers intended to criminalize pregnant women refilling their prescriptions. In fact, we can be extra-confident the legislature didn't mean to criminalize pregnant women who fill legitimate prescriptions, because in 2016 when it revisited the chemical endangerment of a child law that criminalizes drug use in pregnancy, it specifically exempted women who were taking prescribed medication.

This may be the first time a woman has been charged with unlawful possession of a controlled substance for not disclosing her pregnancy to a doctor. It's a transparent attempt to get around the legislature's clearly expressed intent. If Blalock were convicted, it would set a dangerous precedent not only for pregnant people, but for anyone seeking medical care that might result in them being prescribed a controlled substance. There's no way to know what medical and personal circumstances patients would have to volunteer to their doctor to steer clear of a felony charge in Alabama.