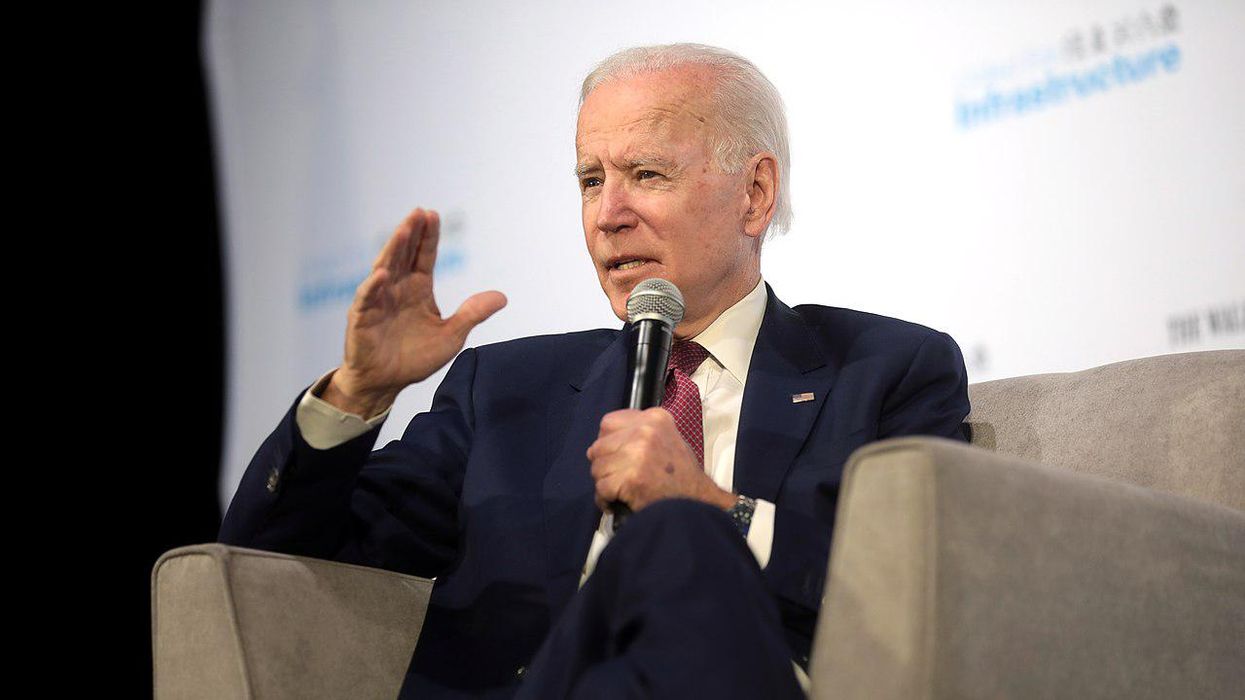 Joe Biden speaking at the Moving America Forward Forum, hosted by United for Infrastructure at the Student Union at the University of Nevada, Las Vegas in February 2020, Gage Skidmore
Alex Henderson
July 07, 2021

When President Joe Biden signed the American Rescue Plan Act of 2021 into law, he emphasized that the massive COVID-19 relief package wasn't just meant to help the blue states and swing states that voted for him in the 2020 election — it was designed to help Republican-dominated areas as well. But Republicans in Congress continued to rail against the Rescue Plan — even while their states or districts are taking funds from it. And an article by Washington Post reporters Tim Craig and Lenny Bronner, published on July 6, focuses on a rural county in Southwestern Ohio where many residents are benefitting from the Rescue Plan without giving Biden credit for it.

That county is Monroe County, which is part of the Appalachian region. Appalachia also includes areas of West Virginia, Kentucky and Pennsylvania.

"In this impoverished pocket of the United States," Craig and Bronner explain, "the most recent round of stimulus payments — $1400 for Americans who earn up to $75,000 — was the difference between getting a medical treatment and not, enrolling a child in college and not. But political divisions are deep here, and Trump voters, who make up the great majority of residents, are blaming the payments for a range of ills."

The reporters add, "Some here say the Biden stimulus checks are keeping people from work, fueling a sense that the undeserving are exploiting the system. As the price of basic goods climbs, others worry that the stimulus will lead to runaway inflation on wood, cars, even milk."

Craig and Bronner note that according to a Washington Post analysis, "90 % of Trump voters in Monroe County received stimulus checks, one of the highest rates in the region." But they also point out that in the 2020 election, former President Donald Trump "received an average of 72% of the vote in the 420 counties covered by the Appalachian Regional Commission, a joint federal-state agency that steers resources to the 13-state region."

The reporters cite Danny Long, a 41-year-old truck driver, as an example of a Monroe County voter who gives Trump, not Biden, credit for the financial help he has received during the COVID-19 pandemic. Long, who was out of work during much of 2020 and fell behind on his rent and utility bills, notes the stimulus payments he received last year told the Post, "Biden didn't do this, Trump did."

According to Craig and Bronner, "the flow of money into Appalachia" through the Rescue Plan "doesn't seem to have changed many hearts and minds" politically. Jean Young, a 76-year-old Trump supporter in Monroe County who lives on Social Security, told the Post that she "begrudgingly" gives Biden "a little bit of credit" for the financial help that residents of her county have received.