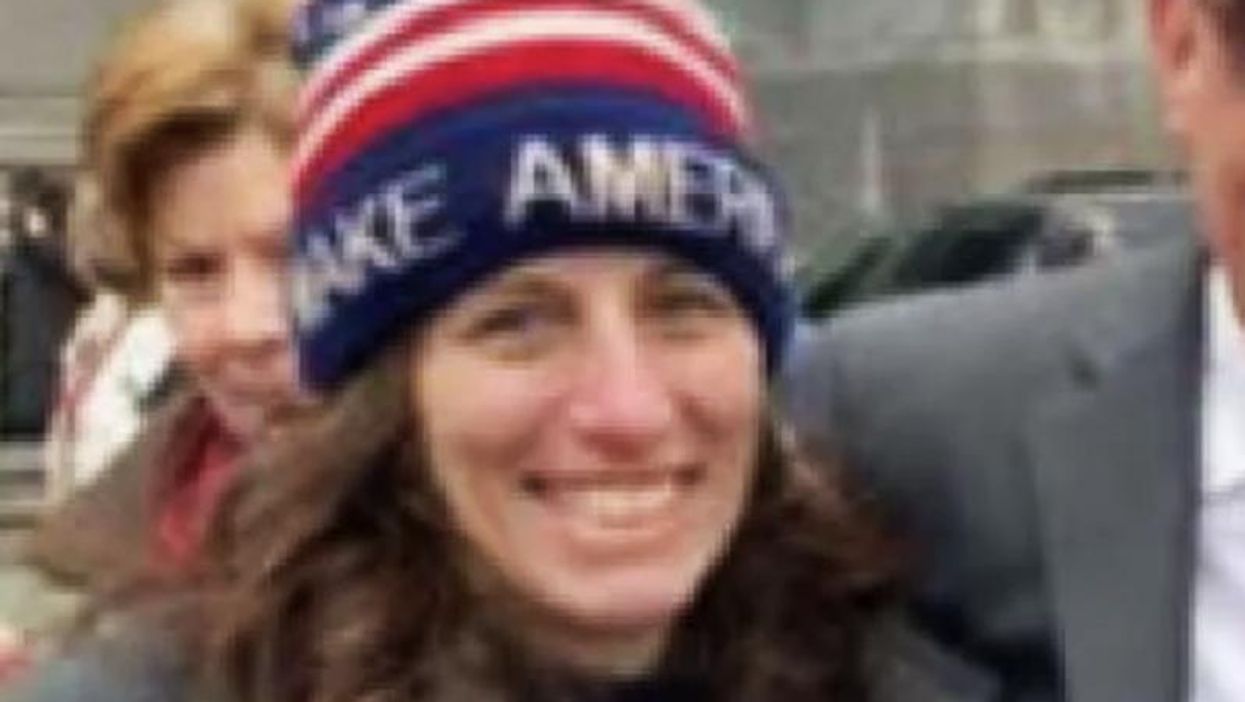 According to a report from the Daily Beast's Kelly Weill, one of the Capitol rioters taken into custody by the FBI has chosen to represent herself on charges of multiple counts of violent entry, disruptive conduct, and obstruction of Congress -- and is citing the Bible as part of her defense.

Weill reports that Bauer is using a sovereign citizen defense -- saying she doesn't recognize the laws of the U.S. government -- and that she is operating under "divine guidance."

According to the report, "Prosecutors allege that Bauer tried organizing buses to transport people to D.C. for a rally that preceded the riot, and that while in the Capitol rotunda she told police that she wanted to kill House Speaker Nancy Pelosi," with Weill adding, "But in what experts describe as an inadvisable legal strategy, Bauer has demanded to represent herself in court, appeared to threaten a court clerk with prison time, and declared herself a 'self-governed individual' with special legal privileges."

In a Zoom appearance before the court, Bauer told the judge, "I am here by special divine appearance, a living soul," before adding, "I do not stand under the law. Under Genesis 1, God gave man dominion over the law."

The report goes on to add that, since that time, Bauer last week "... listed a series of strange alternative spellings of her name in a document that she (incorrectly) claimed freed her from some government control."

"Bauer appears to have attempted multiple avenues of sovereign legal strategy. In one recent filing, she appeared to threaten a court clerk with prison time, noting that it would be the penalty for failing to properly log her filings," the Beast's Weill wrote before adding, "Evidence from before and on Jan. 6 appears to show Bauer involved in the day's chaos. According to court documents, Bauer attempted to organize busloads of people to attend a D.C. rally that preceded the riot... During the riot, she allegedly stormed the Capitol rotunda and told a police officer that the crowd would further storm the building if Pelosi and other officials were not released to the mob. 'You bring them out or we're coming in,' she allegedly said, according to a transcript of a police body camera included in the court record."