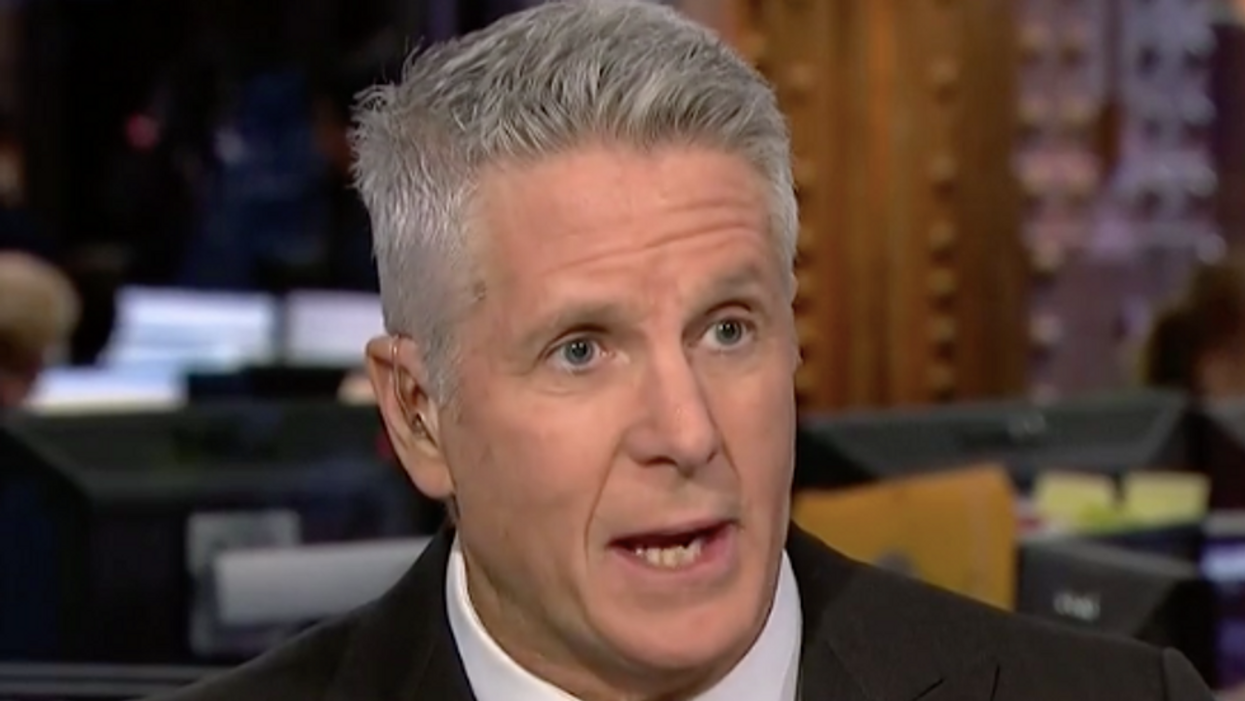 I don't know why Donny Deutsch is a frequent guest on MSNBC's "Morning Joe." Maybe it's because he's very obscenely rich. The press corps tends to hold such men in high regard. I don't care about Deutsch, though. I care about something he said. It illustrates a theme I'm developing here at the Editorial Board, which is this: The very obscenely rich have the highest contempt for normal people working for a living:

There's something changed in the American psyche and what our culture calls the "work ethic," and it's not just the $300 check. I think, post-pandemic, people got used to staying at home. CNBC had a thing today called "The Great Resignation" that said something like 92 percent of Americans are considering either to change jobs or leave their job. I think that we've gotten a little soft in the pandemic. …
I'm not one of these believers in this new soft attitude, "Oh work from home, flexibility, whatnot." There's something about people going back to work that has to happen. If I were still running a company, I'd say, "You know what, you're going back to work." … So there are two problems. There are people who don't want to work. There are people who don't want to go back physically to work.
We've softened in the pandemic. That's a concern to me.1

You could say, as some business-minded conservatives would say, that the man cutting the paychecks should get his way.2 This attitude is certainly commonplace. It has grown over the course of decades. It is now so thoroughly accepted by a vast majority of normal people working for a living that a multimillionaire can go on a popular morning news show to insult them without hesitation. It's as if he believes he has the moral high ground. He doesn't, though. What he has is a gothic contempt for work.

You could also say Deutsch is a hypocrite. When it comes to "soft," he would know. He's never had a boss. He joined his dad's advertising firm straight out of college. He took over the firm six years later. In 2000, he sold it for hundreds of millions of dollars. Since then, he's turned himself into a "media personality," selling his image to CNBC and Bloomberg, among others. If anyone knows what "soft" is, it's Donny Deutsch.

"Soft" appears to be a moral scolding in Deutsch's view. But he gives away the game when he puts the word in the context of that CNBC report. It found that workers are empowered enough to make demands they rarely made before the start of the covid pandemic. To make demands isn't soft. It's strong. That's the real problem for people like Deutsch. The problem isn't that people "don't want to go back physically to work." It's that people are not blindly following the boss's orders as they did for decades.

So it's not hypocrisy. It's ordinary contempt. People born successful have no reason to respect normal people working toward success. ("Success" is variable, but from the view of the very obscenely rich, if you're not very obscenely rich, you're failing.) Indeed, they have incentive to be contemptuous. Think about it. If everyone were truly equal, as it says right there in the Declaration of Independence, there wouldn't be anything special about being born successful. If there's one thing that the very obscenely rich will never tolerate, it's political challenges to the cherished fictions about themselves.

It took decades of effort by the Republican Party and uncritical acceptance of corporate propaganda over the same period to get a vast majority of normal people who work for a living to see "softness" as their moral failing rather than what it is: an expensive and concerted campaign of gothic contempt intended to undermine the very concept of political equality. Americans used to be more savvy. They used to worry about replicating Europe's aristocratic political order. We pretty much have that now. Very few of us seem worried, though. The aristocratic political order has arrived.

Some might say the solution is attacking the American work ethic. A writer for Wonkette put it this way: "'Work ethic,' by the way, is a BS Puritan term that describes poor people performing backbreaking physical labor on behalf of rich assholes." There's something to that, but only something. It omits the context in which the American work ethic emerged. It was in opposition to a perceived threat of an aristocratic political order in which social elites and the government were one and the same. Democracy is rule by the people, though. To work in America was to be free. To earn a living, in a way that suits you, was to liberate yourself from the powers that be.

We don't have kings and queens here, but we do have a government bent on protecting the interests of the very obscenely rich at the expense of normal people working for a living. And we have assholes a-plenty like Donny Deutsch who were born successful and can't know what it takes to work hard toward success. The very obscenely rich are the new powers that be. And they are standing in the way of equality and freedom.