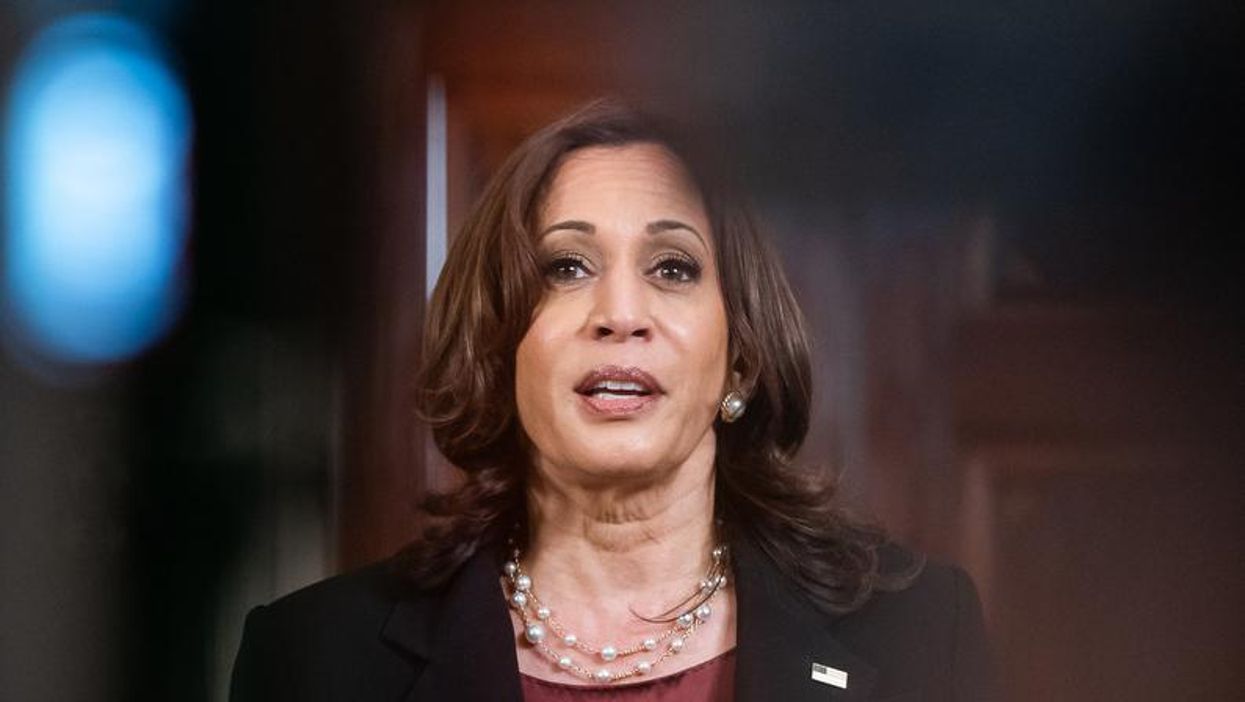 The Biden administration is pushing back in Vice President Kamala Harris' (D) defense amid the latest onslaught of leaks alleging internal dysfunction in her office.

Speaking out on Thursday, July 1, White House Chief of Staff Ron Klain and President Joe Biden's senior adviser Cedric Richmond offered their take on the leaks from Harris' office. In a statement released to Axios, Klain said, "The President's trust and confidence in her is obvious when you see them in the Oval Office together."

According to Richmond, it appears to be a ploy to undermine the vice president. He weighed in saying, "It's a whisper campaign designed to sabotage her."

Their remarks were reportedly in response to Axios' report about growing tension between government officials in the West Wing members of Harris' team, including Tina Flournoy, the vice president's chief of staff. On Wednesday, Politico published a report detailing some White House officials' grievances about everything happening behind closed doors in Harris' office.

The reports about Harris and her office are gaining attention because 2024 is already becoming a major topic of discussion. While it is highly likely that President Biden will be the Democratic nominee, his age is also being taken into consideration. By that time, the president will be 81-years-old. The publication notes that "Harris would be the presumptive nominee if Biden didn't run. Administration sources believe it would be nearly impossible to unseat the first African American woman vice president."

However, there are concerns about whether or not she could defeat a Republican presidential nominee on her own. Some view Harris as a much less formidable candidate than Biden.

Despite the damning reports, Klain praised the vice president as he and Richmond praised her and her staff's work. "She's delivering for the American people on immigration, small business, voting rights, and economic growth," Klain said. "The results speak for themselves: a decline of border arrivals from the Northern Triangle, improved vaccine equity, and increased economic opportunities for women."

Richmond also said, "You can't hold the vice president's team to that standard. But I think they're good, I think they're busting their tails and I think the VP is executing all her assignments and taking on her issues."