Hunter Biden is leaving the White House with no good options 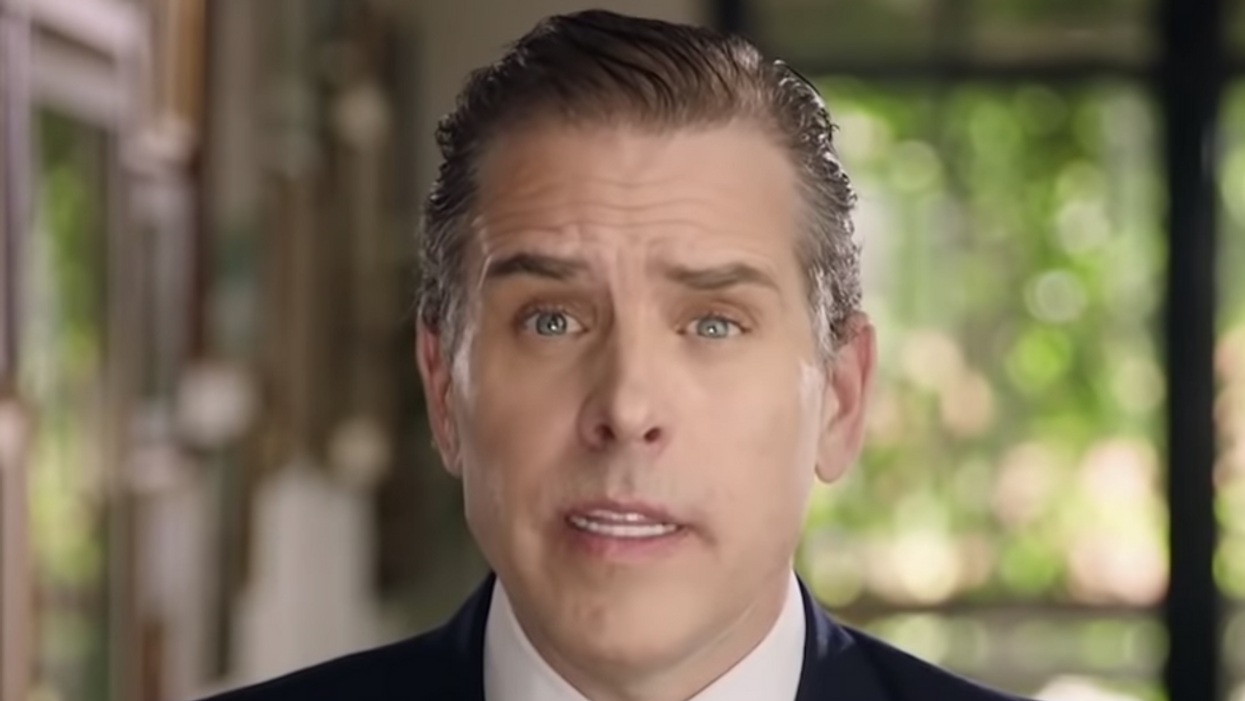 "The whole thing is a really bad idea," ethics expert Richard Painter told the Post. Painter was talking about Hunter Biden's upcoming art show. It could apply to most of Hunter's business ventures and life choices, though. The younger Biden is continuing his longstanding pattern of trying to cash in on his father's name and office, and the elder Biden's administration is doing its best to distance itself from the spectacle.

Hunter Biden has the right to make art. The issue arises because he plans to offer his paintings for sale at high prices ($75,000-$500,000) at a New York gallery. Art experts agree that these are eye-popping prices for an artist with Hunter Biden's meager CV. Of course, these are asking prices. There's no guarantee anyone will actually pay that much for what art critic and author Jerry Saltz calls "generic post-zombie formalism illustration." So, bravo to the gallery owner for getting all of us speculating about whether it would be a problem if anyone did. Hype is truly its own art form.

Ethics experts like Richard Painter worry that Biden is profiting from his father's famous name and public service. Though in Hunter's case, it's hard to know where the cachet of his father's name ends and his own hard-won notoriety begins. A GOP dirty tricks campaign in the 2020 election didn't hurt Joe Biden. But it succeeded in making his ne'er-do-well son one of the most recognizable people in the United States.

To its credit, the gallery's website doesn't identify Hunter as the son of the sitting president. Unlike his predecessor, Joe Biden isn't using his office to promote his offspring's latest vanity project. But nobody is pretending that Hunter Biden's art work would be getting this much attention from the news media if he were Hunter Smith.

Donald Trump and the Republicans tried to seize on Hunter's activities in Ukraine as political fodder in the 2020 election. There's plenty of evidence that Hunter Biden exploited his father's famous name and his former office in order to get a spot on the board of a Ukrainian energy firm called Burisma, and that he tried to cajole his father into doing special favors. But there was never any evidence that Joe Biden gave his son any special consideration. The pattern seems to be reasserting itself with Hunter Biden's art career. His quest for celebrity is a thorn in the side of the administration.

In a bid to insulate themselves from any appearance of impropriety, the White House came up with a plan that seems slightly sketchier than doing nothing. Under the system, neither Hunter Biden nor the White House will know who bought a painting. The goal is preventing anyone attempting to curry favor by overpaying for one of Hunter Biden's pieces. Of course, anyone who bought one of these paintings could declare, publicly or privately, "It was me!" And, let's be real, that's exactly the kind of person who would pay half a million dollars for one of Hunter Biden's zombie florals.

Otherwise, there's no point. It would have been better if the agreement had established transparency rather than pseudo-secrecy. If the names of the buyers had been made public, it would be easier to figure out if the buyers got any special favors. That option was reportedly considered but rejected because the gallery, rightly or wrongly, thought it would decrease interest in the sale. Without the cooperation of the gallery, there's nothing the White House can do about this. They can't stop Hunter Biden and a private venue from selling paintings. They can't push buyers' names into the public. If the White House were to threaten or promise anything to motivate the gallery to see things its way, it might commit the conflict of interest it's ostensibly trying to avoid.

There are no great solutions. The adult children of presidents have to make a living in our celebrity-besotted culture, where any tenuous connection to a famous person is a marketable asset. However, it seems unlikely that Hunter Biden's art will be a vehicle for currying favor with the Biden administration. At this point, anyone who buys a painting from Hunter Biden and brags about it to the White House would be doing more to hurt their dreams of influence than help them. Surely, Biden wishes his son would retreat to private life and stop selling the equivalent of Billy Beer on canvas.