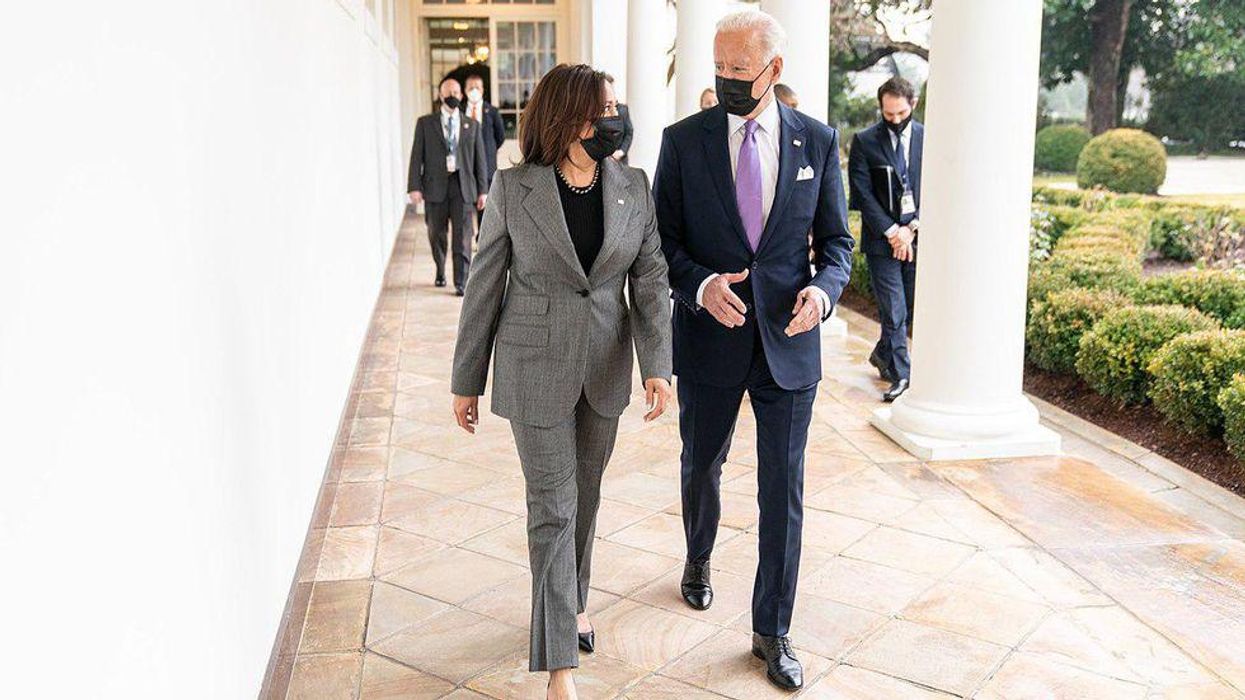 On August 16 — less than one month from now — the U.S. Census Bureau is scheduled to release data from the 2020 U.S. Census to individual states, which will allow state governments to move forward with redistricting. That redistricting in states where Republicans control state legislatures is likely to include hyper-partisan gerrymandering designed to make it harder for Democrats to win U.S. House of Representatives races. For that reason, journalist Walker Bragman warns in an article published by the Daily Poster this week, Democrats need to find a way to get the For the People Act — a comprehensive voting rights bill — passed as soon as possible.

"If Democrats want to have their best shot at preventing Republicans from redrawing red states' congressional districts in a way that could lock in a GOP House majority for a decade," Bragman explains, "they need to tweak and pass the For the People Act, their signature voting rights and democracy reform legislation, before (August 16). The For the People Act would implement a series of rules and procedures designed to curb partisan gerrymandering, the process of drawing legislative districts to benefit a political party."

The For the People Act has already been passed by the U.S. House of Representatives, but it now faces a steep uphill climb in the U.S. Senate — where Democrats have a narrow majority, but not enough of a majority to meet the 60-vote requirement of the filibuster. Progressive Democrats have been calling for abolishing the filibuster, or at least creating a filibuster exception for voting rights. But some centrist Senate Democrats are adamantly opposed to ending the filibuster, including Sen. Joe Manchin of West Virginia and Sen. Kyrsten Sinema of Arizona. Sinema vigorously defended the filibuster in a Washington Post op-ed published on June 21, arguing that Democrats will be glad to have that 60-vote requirement if Republicans regain the White House and both houses of Congress.

Some Democratic supporters of the For the People Act and the John Lewis Voting Rights Advancement Act, after reading Sinema's op-ed, responded that while they saw her point, a voting rights exception to the filibuster could be created without abolishing the filibuster altogether. It is possible to modify the filibuster without totally ending it, but some centrist Democrats are opposed to any type of filibuster modification — even for protecting voting rights.

Bragman stresses that Democrats are going to be in a world of pain if they don't find a way to get the For the People Act through the U.S. Senate and onto President Joe Biden's desk for signature.

"If the bill isn't passed before August 16," Bragman writes, "Democrats could modify its language to ensure some parts of its anti-gerrymandering provisions could take effect retroactively — but not all of the legislation's original redistricting reforms would be preserved this way. There's also a risk that some Democrats may end up happy representing new, safely Democratic districts, and thus be less interested in passing reforms."

Following the 2010 U.S. Census — back when Barack Obama was president — Republicans in state governments resorted to severe gerrymandering. Republicans controlled the U.S. House of Representatives from January 2011 into January 2019, but Democrats regained control of the House thanks to a massive blue wave in the 2018 midterms. Democrats enjoyed a net gain of 40 U.S. House seats, but arguably, that 2018 blue wave would have been even larger had the House not been so severely gerrymandered by Republicans during the Obama years. President Barack Obama's signature achievement, the Affordable Care Act of 2010, a.k.a. Obamacare, would not exist had it not been passed before the red wave of the 2010 midterms and the gerrymandering that followed the 2010 U.S. Census.

Much of the discussion of the For the People Act among Democrats has focused on the ways in which it would combat voter suppression, but as Bragman emphasizes, its provisions on redistricting are highly important.

"The legislation would establish redistricting rules that include enhanced protections against minority voter dilution, mandate states use independent federal commissions to oversee their redistricting, and require transparency and public participation in the redrawing process," Bragman notes. "For Democrats, the need to pass such a package could not be more urgent."