Mistaken for an election official in Kansas? You could be charged with a felony and imprisoned 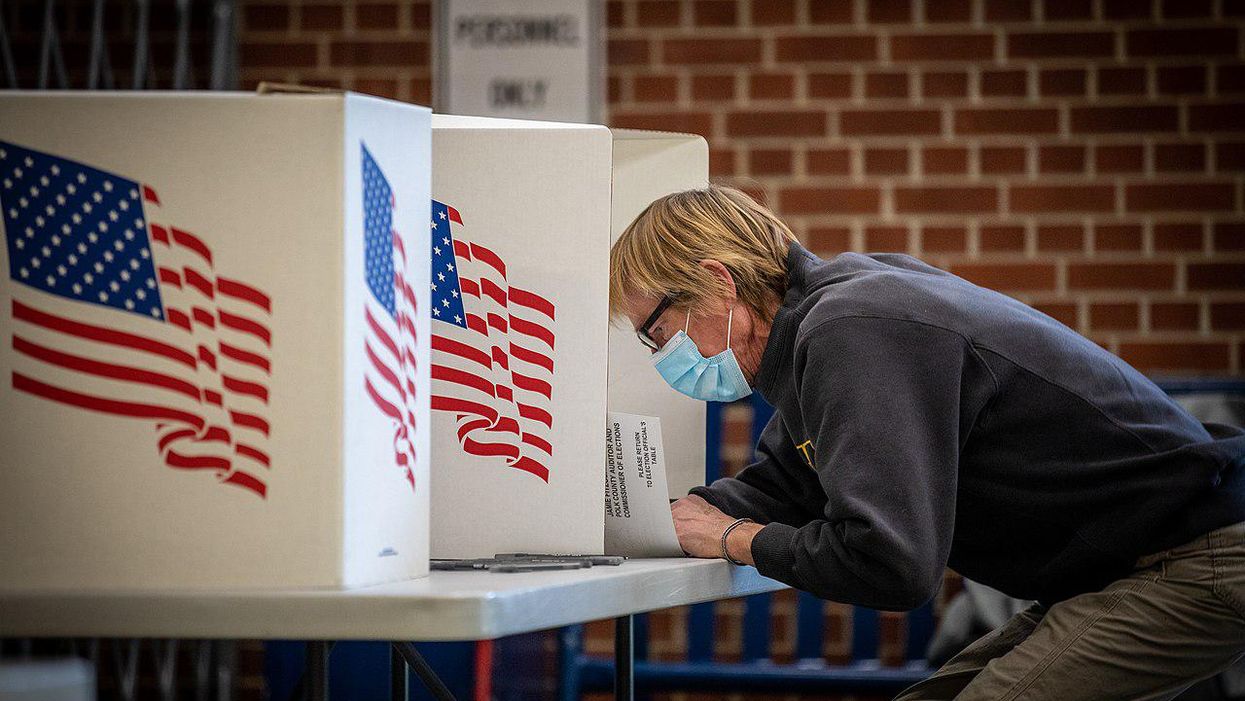 Voter registration groups and voting rights nonprofits in Kansas have been forced to suspend voter registration drives following passage of a new law that could land their volunteers in jail if someone mistakes any of them for an elected official, the Kansas Reflector initially reported. House Bill 2183 went into effect on Thursday despite a lawsuit and temporary injunction asking a judge to stop the law from going into effect until the suit is resolved.

The League of Women Voters of Kansas, Loud Light, Kansas Appleseed Center for Law and Justice, and the Topeka Independent Living Resource Center launched the suit, naming Kansas Secretary of State Scott Schwab and Kansas Attorney General Derek Schmidt as defendants on June 1 in Shawnee County District Court. Davis Hammet, president of the social justice and voting rights group Loud Light, said in a video shared on Twitter Wednesday that his organization would be canceling voter registration events planned for this weekend in celebration of the 50th anniversary of the 26th Amendment that gave 18-year-olds the right to vote on July 1, 1971. "The new law threatens our staff, volunteers, and all Kansans with criminal prosecution if they are subjectively perceived to be an election official," Hammet said. "This means if someone mistakes you for an election official, you could be charged with a felony and imprisoned for up to 17 months."

Jacqueline Lightcap, co-president of the League of Women Voters of Kansas, said in a news release that the nonprofit "serves thousands of voters year-round with the information and assistance they need to cast their ballot with confidence. "Voters depend on our services, and those of organizations like ours, to help them exercise their most sacred right," Lightcap said. "This law makes it a crime for the League to do our most basic, most important service."

Ami Hyten, executive director at the Topeka Independent Living Resource Center, said in the same release on June 17 that the civil rights of Kansans with disabilities rely on the availability of accommodations. "Accommodations often include the help of advocates, friends, family, and volunteers our agency organizes to ensure that every eligible voter can receive information and assistance in exercising their right to vote," Hyten said. "This law would come into play exactly as we are helping people prepare for primary season voting, leaving the people who offer these supports in fear of violating the new law."

Jami Reever, executive director of Kansas Appleseed, said the goal of her organization has always been to engage Kansans in the election process. "If this provision of the law is allowed to take effect, it will cause great uncertainty and concern for the staff and volunteers in the voter engagement work of advocates throughout the state," Reever said.

Kansas Gov. Laura Kelly, who vetoed both House Bill 2332 and House Bill 2183 before the Republican-led legislature overrode her veto, called the legislation "a solution to a problem that doesn't exist" in The Kansas City Star. House Bill 2332 requires "any individual who solicits by mail a registered voter to file an application for an advance voting ballot," according to a summary of the legislation. The bill also restricts executive and judicial branches from creating election laws and requires legislative approval for the secretary of state to enter into consent decrees with courts, The Kansas City Star reported.

"It is designed to disenfranchise Kansans, making it difficult for them to participate in the democratic process, not to stop voter fraud," Kelly said. Since former President Donald Trump cried widespread voter fraud with no proof , Republicans have masked voter suppression efforts as concern about voter fraud. "We are supposed to be proactive," Republican Sen. Richard Hilderbrand told The Kansas City Star, "and if we see instances where there could be and we can do a better job of ensuring election integrity then we should be doing that."

Yet somehow Republicans didn't seem to feel morally called to change election laws until after they lost the presidency.