Why conservative alternatives to Twitter are doomed to fail 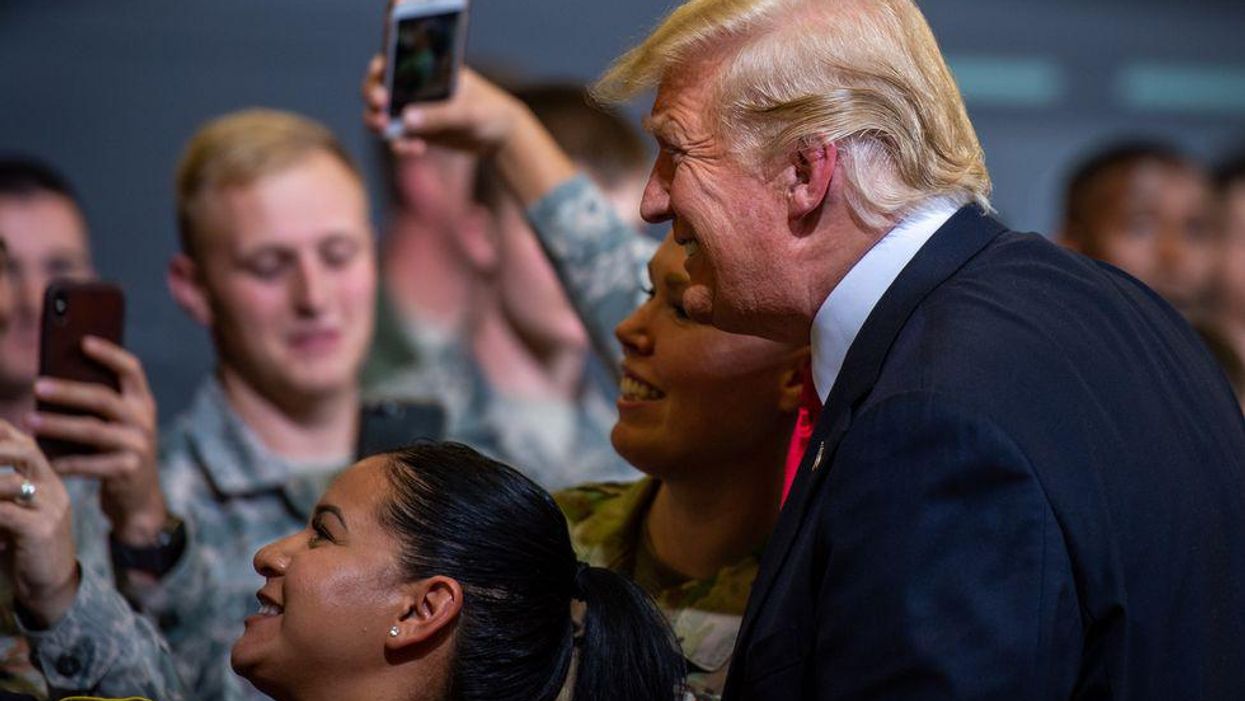 Donald Trump loves a lawsuit, and not because he's especially good at winning them. Like other litigious bullies, Trump loves court battles because he knows the other party is likely a somewhat normal human who doesn't get a cheap thrill out of abusing the legal system, and can be beaten down or sucked dry by endless nuisance filings. But while that strategy often works for silencing ex-girlfriends and stiffing contractors, it's less effective against huge institutions that actually have the resources to fight back, as Trump found when he foolishly thought he could nuisance-sue the government into pretending that his 2020 election defeat didn't happen.

Now, in what may be an even more pathetic act, Trump is suing Facebook, Twitter and YouTube, demanding to be allowed back on their platforms so he can incite more terrorist violence through spreading election lies and claiming that Ashli Babbit was a martyr. Cool story, bro — except that these companies are wealthy behemoths with fleets of lawyers, not two-bit operations who make most of their money through tax fraud and cellphone ringtones. Plus, as half the lawyers in the country have already noted, Trump's claims that his "free speech" rights have been violated are a joke, as proved by his blog that failed from lack of public interest, not censorship.

A social media account is not a human right, of course. But it's also worth noting that there are multiple social media platforms that have been begging for Trump's presence, such as Parler, Gab and Mike Lindell's Frank, all of which were established to be a welcoming new home for the white supremacists, QAnon lunatics and COVID-19 denialists who have been kicked off more established social media networks. The newest effort at such a thing, Gettr, has also failed to snag that all-important @realdonaldtrump account, even though the platform was literally started by a bunch of Trump hangers-on, most notably his former campaign spokesperson, Jason Miller.

These right-wing alternatives to mainstream social media have been notoriously plagued by problems, from infighting between their funders to tech failures and poor security that leaves them open to hacking. Silicon Valley, unsurprisingly, is not sending its best to work for the Pepe-meme crowd. But that's probably not the main reason Trump would rather pursue his fruitless lawsuit than sully his Diet Coke-sticky iPhone by posting on any of these apps.

No, it's because trolling is central to the Trump messaging strategy. Unfortunately for Trump and his cronies, however, trolling only works if the people you're trying to troll can see your message — and more critically, amplify it. Posting provocative garbage on Parler is the trolling equivalent of sex with a blow-up doll: The motions are the same, but you're just not getting the reactions that make the interaction worthwhile.

As I've written about extensively, both in my book and here at Salon, spite is the main motivating force behind the contemporary American right. Bereft of any winning arguments or valid policy ideas, modern conservatives instead are focused on "owning the liberals." The success of any right-wing pundit is based not on the sharpness of their analysis, but their perceived success at irritating liberals. From his phony marriages to his illiteracy to his shameless racism, Trump couldn't have been better created in a lab to irritate the liberals, which is the main reason for his enduring popularity with the conservative base.

But trolling liberals isn't just the main source of pleasure for the right. It's also how they amplify their message.

In a recent edition of his Message Box newsletter, former Barack Obama adviser Dan Pfeiffer wrote that "weaponizing liberal anger into online engagement is the primary Republican political strategy of the Internet Age," because social media platforms prioritize "the most engaging posts." By sharing right-wing posts — purportedly to dunk on them or express outrage — liberals only manage to "ensure that the offending post receives more engagement and is seen by more people."

Just as important, liberal outrage is crucial for selling bad or offensive ideas to the GOP base. Tucker Carlson of Fox News, in particular, understands this. He rarely tries to persuade his audience to embrace his bad ideas — from "replacement theory" to refusing a COVID-19 vaccination to the nobility of a fascist insurrection — on the merits, knowing full well that's impossible. Instead, he focuses on how much liberals hate these ideas, convincing his audience to adopt otherwise idiotic beliefs out of pure spite.

Provoking liberals is vital to selling a message to right-wing audiences, but in order for that to happen you need to reach those liberals to provoke them. And beyond a few journalists and other professional masochists, provokable liberals are basically nonexistent on Parler and Gettr.

We see this issue time and again with right-wing figures who, by choice or by force, have tried to move their base of social media operations to the conservative social media ghetto. In January, professional troll Dan Bongino reacted to Trump's Twitter ban by dramatically tweeting that this would be his "final post on this anti-American platform," and that he was moving to Parler. A few months later, he quietly crawled back to Twitter and starting posting again, never acknowledging that he had flounced away in righteous indignation.

Other right-wing figures, like Milo Yiannopoulos and Alex Jones, have seen their fortunes and profiles decline precipitously after being banned from spaces where regular interactions with liberals created opportunities for outrage harvesting. Yiannopoulos has set up shop on the far-right social media networks, and frequently uses the space to grouse about how these platforms don't "drive traffic" because it's just "a little private chat with my gold star homies."

Trump's own "social media platform" — which was actually just a blog — folded in less than a month. It turns out that the key to his social media success wasn't just writing half-literate missives overflowing with lies and vitriol. He needed his political foes to retweet his content and dunk on it to get his followers excited.

Which is not to say there's no value in these right-wing silo sites for the growing authoritarian movement. For instance, hundreds of thousands of QAnon enthusiasts have flocked to the messaging platform Telegram, where the talk of violence and overt anti-Semitism have become increasingly extreme. As Jared Holt, a visiting research fellow at the Atlantic Council's Digital Forensic Research Lab, told NPR in January, that kind of space is "an incubator for radicalization," because extremists can whip each other up without outsiders arguing back or expressing skepticism.

But that leaves the far right with a recruitment problem. Luring everyday conservatives into more radical spaces requires attracting them in the first place. That means appealing to the thing those folks care about the most: Owning the liberals. Unfortunately for them, you can't trigger the libs from afar. Which is all the more reason for the major social media platforms to tell Trump he can take his nuisance lawsuit and shove it. He is always free to use his First Amendment rights to whine about it to left-behind conservatives on Parler.