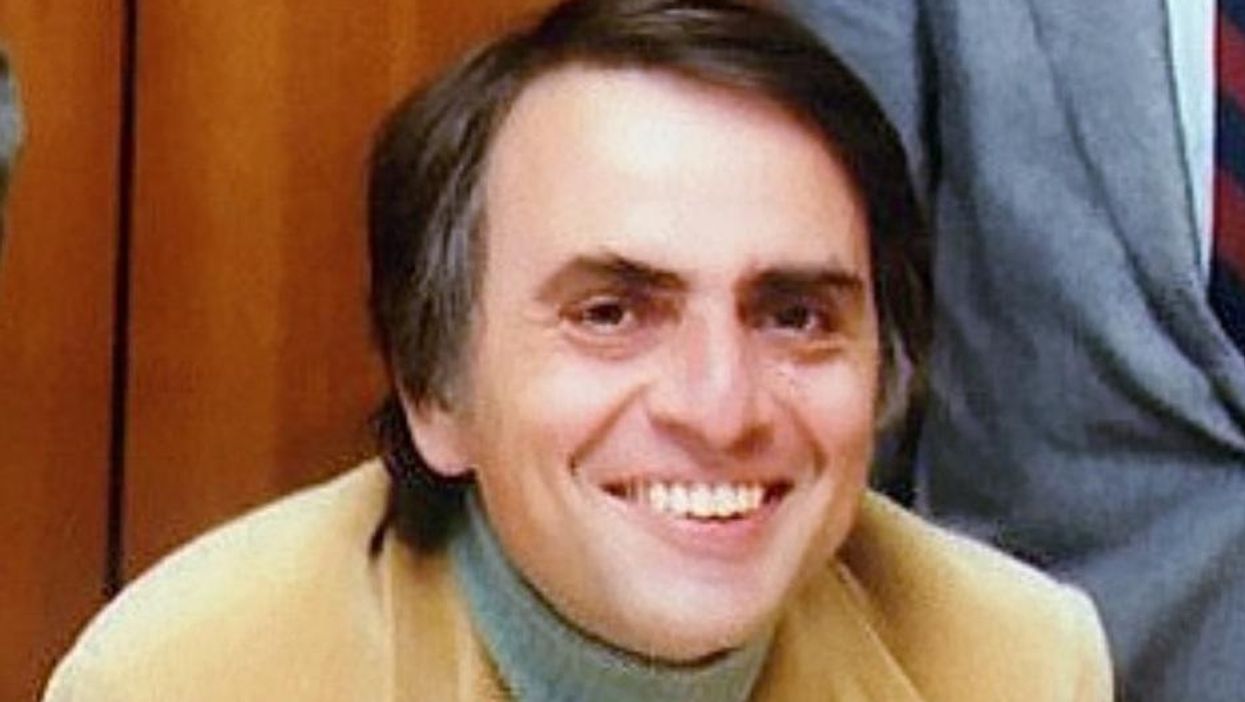 Carl Sagan in 1995 ultimately predicted a number of pitfalls and challenges the United States would be facing 25 years later when he published his last both just months before his death in 1996.

During the July 12 segment of MSNBC's "11th Hour," the network paid homage to Sagan describing him as "A Man Ahead of His Time." With four college degrees, Sagan was not only well-educated but also well-informed.

As an astrophysicist and author, Sagan made a number of predictions in his writings that are currently unfolding in today's America.

In the book, "The Demon-Haunted World: Science as a Candle in the Dark," the former exobiology expert and astronomer famously discussed the Ides of March as he offered a hauntingly grim assessment of the decades to come in the United States.

"I have a foreboding of an America in my children's or grandchildren's time — when the United States is a service and information economy; when nearly all the key manufacturing industries have slipped away to other countries; when awesome technological powers are in the hands of a very few, and no one representing the public interest can even grasp the issues; when the people have lost the ability to set their own agendas or knowledgeably question those in authority; when, clutching our crystals and nervously consulting our horoscopes, our critical faculties in decline, unable to distinguish between what feels good and what's true, we slide, almost without noticing, back into superstition and darkness."

He also expressed concern about America's future generations being "dumbed down."

Sagan continued, "The dumbing down of America is most evident in the slow decay of substantive content in the enormously influential media, the 30-second sound bites (now down to 10 seconds or less), lowest common denominator programming, credulous presentations on pseudoscience and superstition, but especially a kind of celebration of ignorance."

The reflection on Sagan's written material comes at a time where the United States is eerily impacted by much of what the former astronomer spoke of. The coronavirus pandemic also shed light on a number of the nation's weak spots that government officials and lawmakers are trying to address before it is too late.