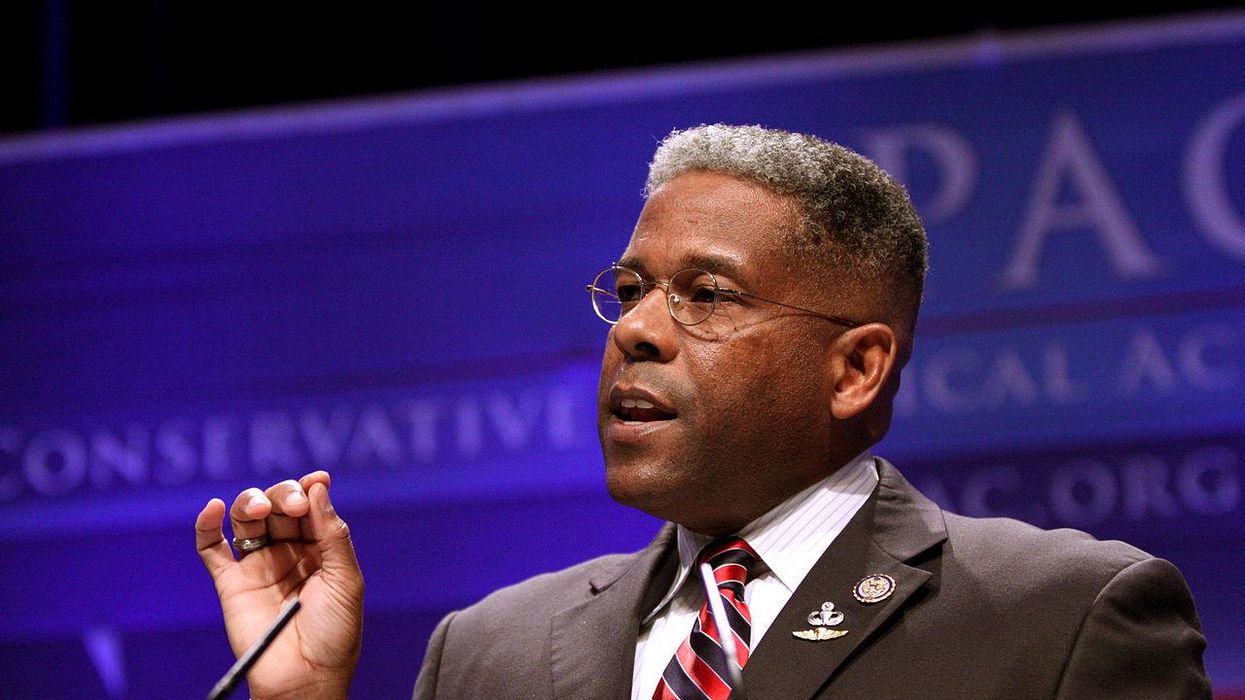 Before early 2015, Republican Allen West was best known for his far-right antics in the Sunshine State — where the Tea Party extremist served one term in the U.S. House of Representatives via Florida's 22nd Congressional District before being voted out of office. But these days, the 60-year-old West is known for his far-right antics in Texas. And journalist Marc Caputo, in an article published by Politico this week, stresses that not all Texas Republicans are fond of West. In fact, some of them deeply resent the former congressman.

West, who recently resigned as Texas Republican Party chairman, is challenging Gov. Greg Abbott — who is up for reelection in the 2022 midterms — in a GOP gubernatorial primary. Abbott is a hard-right supporter of former President Donald Trump, but as Allen sees it, Abbott isn't hard-right enough.

Caputo explains, "West's bid for governor is a long shot. He moved to Texas only in early 2015 after serving a single term as a Florida tea party congressman. Gov. Greg Abbott appears to be in solid shape, with high approval ratings among GOP primary voters and a stunning $55 million in the bank. But with his no-holds-barred style, West stands to complicate Abbott's reelection campaign — which some Republicans view as a precursor to a 2024 presidential bid by the governor."

Allen West, who recently stepped down as the chair of the Texas Republican Party, announced Sunday he is running fo… https://t.co/ePNFUxl2MR
— POLITICO (@POLITICO) 1625421902.0

Matt Mackowiak, chairman of the Travis County GOP, is among West's vehement critics. Mackowiak told Politico, "Allen West has proven he has never understood our state. We don't like bullies, egomaniacs or jerks, and he is all three."

West isn't the only Republican who is challenging Abbott in Texas' 2022 gubernatorial primary, but he is the one with the most name recognition. Abbott, however, has something that his challengers don't: an endorsement from Donald Trump. These days, many Republicans are afraid to say or do anything that might offend Dear Leader.

Politically, Texas is a complex state. Although still a red state, it is light red rather than deep red at this point. The fact that former Democratic Rep. Beto O'Rourke narrowly lost to Sen. Ted Cruz in 2018 shows that Republicans cannot take Texas for granted. And in 2020, now-President Joe Biden lost Texas by 6% — whereas in deep red states like Wyoming, Idaho, Utah and Mississippi, the race was nowhere near that close. Moreover, Texas' large urban centers lean Democrat, including Houston, Austin, Dallas, El Paso and San Antonio.

Caputo observes that if primary challenges from West and others force Abbott to move even more to the right, it may hurt him in the general election.

The Politico reporter notes how "pugilistic" West was back in his Florida days. Former Florida State Rep. Chip LaMarca, a Republican, told Politico, "He said all the right things about being a patriotic American and veteran. Then he would list 70 of his colleagues being communists."

LaMarca said of West's gubernatorial campaign, "I'm scratching my head, wondering why he would run against the incumbent governor Trump endorsed and who is committed to building the border wall. What puts him in position to beat that guy?"